Celebrate the avant-garde at AFS Cinema 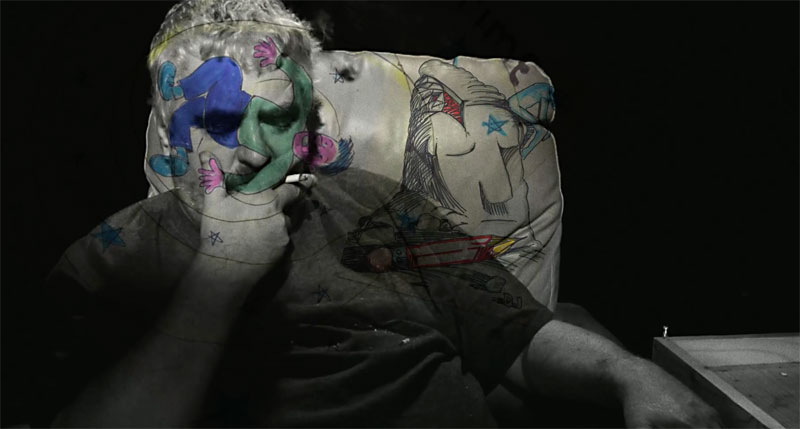 She admitted that can be a challenge in a film-loving town like Austin, but the festival, which holds its second celebration of arthouse cinema on Oct. 21 at AFS Cinema, is a curated night of wonders and dreams. The films that she and co-founder Elizabeth Tabish champion are about "giving us a look into an alternate life," and so the selection has an instinctual quality, rather than relying on hard-and-fast rules. "Definitely independent, that would be the first thing. Quality. Stories that don't necessarily use a narrative take. Dreamy. Visually appealing. Championing the strange and leaving us, the audience, with questions about what just happened, what did we experience?"

The origin of the festival came in an on-set conversation Muñoz (who is also an actor and producer) had. "We were talking about making a community for arthouse film," Muñoz said, "whether it be established filmmakers or people making their first film." They started bouncing around ideas, from making new content to having play readings. Finally, they realized that the best way forward was to provide a theatrical platform for these innovative pieces, and last year the Austin Arthouse Film Festival was born. Initially, Muñoz said, they wanted a place "to celebrate the almost lost art of arthouse film." However, as soon as they put out a call on festival submission site FilmFreeway, "We realized that it's not a lost art. It's very much alive and kicking. We got 250 submissions from people who have never heard of us."

Last year, the festival showed 35 films in a massive three-hour block – and even though audiences stuck around through the entire show, Muñoz and Tabish have taken their experiences from last year and refined the running order. Instead of one all-you-can-eat feast, the night of 42 shorts will be broken into three courses. The screenings begin at 5:30pm with a family-friendly selection, followed by a more mature block at 7pm ("Our PG-13 films," explained Muñoz), and then the darkest, edgiest creations at 9:30pm. "We have international filmmakers, we have national filmmakers, and of course it wouldn't be Austin if we didn't have some Austin filmmakers."

Of course, this being Austin, there's also a deep musical component (not least because music videos, like Alonso J. Luján's visuals for Galapaghost's "Jellyfish," remain fertile ground for arthouse imagery). Yet that connection can also be shown in quasi-narrative, semi-documentary forms like "Hi, How Are You, Daniel Johnston?" (which includes director Gabriel Sunday performing as Johnston to an audience of one – a bemused Daniel Johnston himself). However, the festival also includes narratives and documentaries – plus, Muñoz said, films that straddle "that blurry line between, 'Is this real, or is this fiction?'"

The core of the festival remains the effort to build something very real: a growing community space for arthouse filmmakers and the fans who appreciate their work. For example, rather than a conventional program, the festival has created and curated what Muñoz called "an online lookbook, which will be there forever. ... From the very beginning, we wanted to have a strong relationship with the filmmakers who are sharing their work with us."