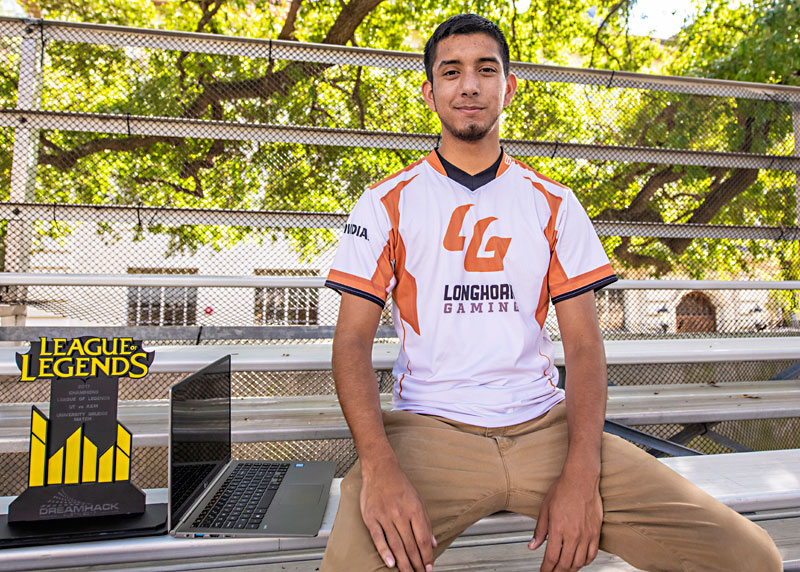 There's a hue of gray in the world of digital connection-based athletics when it comes to internet failure. It's like a storm hitting a football game, and just as hard on the players. So when a power outage hit West Campus in April during the qualifiers for the 2019 College League of Legends Championship Finals, it sent UT-Austin's Longhorn Gaming team into unexpectedly treacherous waters and a premature stoppage of play. After they were forced to forfeit, the UT-based reigning champions of the Southern Conference eventually lost to the University of Waterloo and powerhouse Columbia College, and dreams of an all-expenses-paid trip to Los Angeles for the eight-team finals were dashed.

David Willis, then playing for Longhorn Gaming under the gamer tag "xRequiem," said he was initially devastated but has since come to grips with the situation. "We had our spotlight, we had the acknowledgment of the teams and the people watching collegiate. People knew how good we were," the 22-year-old UT graduate said. "I feel blessed and lucky to have had all of the opportunities and teammates and support that I had, so it doesn't hit me as hard as it might another player."

The power outage fiasco was a disappointing result for a student-operated e-sports (the term for competitive video gaming) collective that has earned $56,000 in scholarship prizes during the past school year. It was a setback, but optimism now permeates an organization that's continually punched above its weight in spite of little formal university support. Austin Espinoza, an Asian studies senior and current Longhorn Gaming president, said he was captivated by the glory days of e-sports at UT, back when it was part of the Texas eSports Association (now called Tespa and partnered with Blizzard Entertainment). Now, he helps spearhead its spiritual spin-off during its 2019 revitalization, and he and his directors have coined the term "LG 2.0" to mark the start of a new era. Students can now pay $20 for a year's membership, a T-shirt, and access to LAN parties (where a large number of people play video games on the same local internet connection simultaneously). Though LAN parties are somewhat of a past tradition in the gaming world, the organization stays connected to its Tespa roots and helps build community by hosting them. The first LAN event under LG 2.0, held on May 4, drew 132 people, and the first event of the 2019-20 session is tentatively scheduled for late October with a Halloween theme. However, Espinoza said the plan is to expand into other exclusive events for members. He said, "I'm trying to lead the next generation of Longhorn Gaming into a prosperous year where we actually have more social gatherings, more collaboration between our players, and more recognition toward our teams."

The organization's momentum continues to increase, as the hardworking Espinoza met over 100 potential members on the Forty Acres this past summer. A Sept. 5 interest meeting packed the James J. and Miriam B. Mulva Auditorium inside UT's Engineering Education and Research Center, and Longhorn Gaming competitive director/League of Legends team manager Ahir "CrusherCake" Chatterjee said around 330 people signed into the event. Chatterjee, a cheery, 19-year-old computer science sophomore, said he hopes the interest meeting marks the start of a foundational year. "I know that in preceding years – before we kind of did this LG rebranding, LG 2.0 – Longhorn Gaming was just about these LANs, and on the side we had these competitive teams," he explained. "Which is great, but we're really trying to reach out to a broader audience this year."

LG President Espinoza said he views the organization as being home to both the casual gamer and aspiring competitors on campus. While students do not have to play competitively to join, he admits to leaning a little toward the club's very successful e-sports squads. "I am coming from the competitive side more, but I do have a little of a bias in wanting our competitive scene to thrive and [for] them to be well-known and respected for how much work they put in, especially the teams that are winning thousands of dollars in scholarship money."

There's plenty of data out there proving that computerized athletics carry at least a smidge of legitimacy. In February, gaming analytics firm Newzoo estimated that e-sports generated $865 million globally in 2018, and that figure is projected to surpass $1.1 billion in 2019. While the NCAA is not yet involved in college e-sports (its board of governors tabled a motion on the issue in May) many schools – including some in Texas – continue to hitch themselves to the e-sports wagon, including offering scholarships to players, coaches, and even commentary teams (see "A Timeline of Texas State College E-Sports").

While Longhorn Gaming is an independent organization, it will receive some support from UT's College of Fine Arts for the 2019-20 school year at the request of Dean Doug Dempster, as well as assistance from Brittney Outlaw, a faculty adviser from the Cockrell School of Engineering. According to Michael Baker, interim department chair for UT's Department of Arts & Entertainment Technologies (AET) and Longhorn Gaming faculty sponsor, the main goal is simply to support students. As a self-proclaimed lifelong gamer, Baker said the newly established relationship feels like the right thing to do due to the normalization of video gaming culture among younger generations and the heightened respect now given to e-sports. "We're teaching game design and other programs here in the department, and it only makes sense that we're supporting the cultures that surround the students who take our courses and other courses," Baker said. "Seeing support from academic units at UT for gaming culture, gaming clubs, and e-sports is just a really fantastic thing."

Chatterjee believes LG's most successful team, its CLOL team, can reach stratospheric heights if the organization continues to get backing from UT. "We were already top 16 last year, and even though some of our talent graduated, I absolutely believe that if we had official university backing, we would be consistently making finals every year." 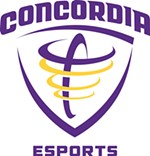