White lightning in a bottle at AFS Cinema 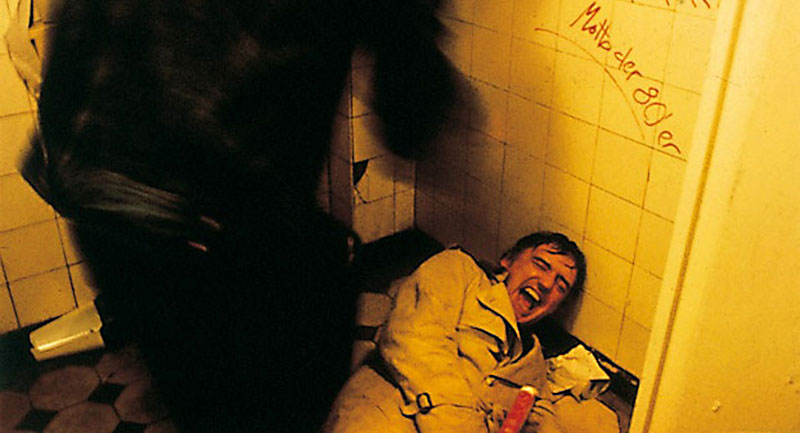 When German director Roland Klick (Supermarkt) tapped Dennis Hopper to play washed-up music producer Ken Barlow in White Star, carnage erupts. In the height of the post-punk/New Wave era of 1983, synth rocker Moody Mudinsky (Terrance Robay, perplexed throughout) has broken out from his previous band, the Purple Rats, a name evoking so much banality and mystery in one fell swoop. His debut album, the ubiquitous White Star, is poised to take the world by storm – if only in the manic eyes of Hopper's Barlow. Using guerrilla tactics vis-à-vis stalwart B-actor David Hess (The Last House on the Left), Barlow manufactures riots and assassination attempts to parlay his version of creating lightning in a bottle for the album's success.

A seeming satire of the music industry, Klick's film feels like witnessing an amazing car crash firsthand, one in which the viewer is helpless to assist in any way and must simply observe. Rarely screened here in the States (although Roger Corman released a mangled version with stock footage of a T.S.O.L. concert), it is a trainwreck of a film, but it is also a glorious bauble of early Eighties indie cinema.

Let's begin with a couple of notes. Item No. 1: Klick and Hopper were in a car crash during the filming of White Star, which left Klick with a leg cast and ended the shooting of the film prematurely, the results of which rendered the story with an opaqueness that, while mildly confusing, nevertheless brings an anarchic spirit to what the indefatigable editor ultimately put together. Item No. 2: Cocaine figured quite heavily behind the scenes here (see Item No. 1 for reference). Hopper would be arrested for possession that same year, and it is no secret that he basically went through the Seventies riding those white lines. His performance (and to be clear, this film is all about Hopper's presence) is a cocaine-fueled maelstrom. Remove him, and there would be no there there.

Despite the often chaotic manner in which this film unfolds, Klick's sensibilities always ring true. His ace in the hole is just aiming the camera on Hopper as he chews up and spits out every single frame he's in. Hopper's dialogue (improvised, mostly) is relegated to alternating "This is the future!" and "There is no future!" Well, you can't have it both ways, but Klick seems to try to do so, stitching together these ideological concepts of commerce and art. The results are definitely diluted and often distracting, but there are so many wonderful things about Klick's White Star that make it an amazing document of the early Eighties, and I will leave you with the following things to consider: Dennis Hopper's haircut, his wardrobe of trench coats, and the following lines that are better suited as Zen koans than being uttered by an actual person.

"I haven't changed, the times have changed!"

"A canceled tour is better than actually doing one."

That last one is Hopper's character in a nutshell, and White Star is an insane battle cry for the future. Wait, no, it's about no future. Or perhaps it's about something that resembles both of those things, as one can see a future of oblivion. The document speaks for itself, however, an incoherent tour de force by one of the 20th century's most mercurial actors. The future is now.