Scream, Queen! and the Legacy of the “Gay” Nightmare on Elm Street

Fantastic Fest's monster in the closet 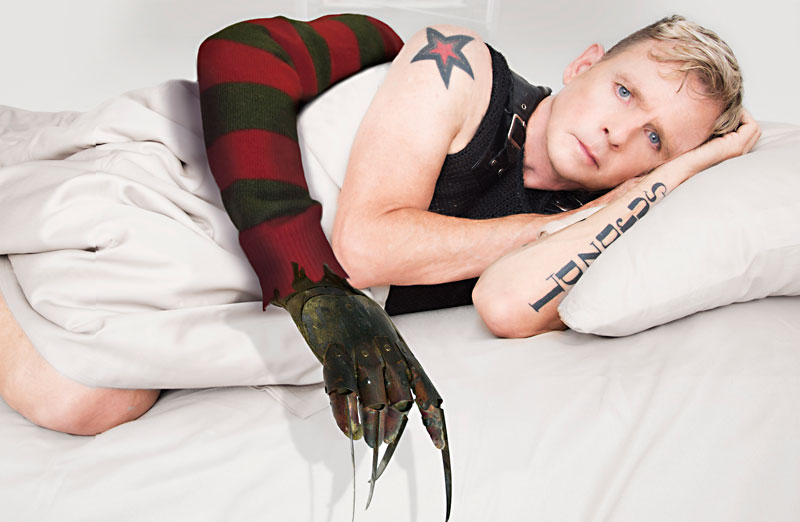 As longtime gay horror fans, working with Nightmare on Elm Street 2: Freddy's Revenge star Mark Patton to tell his story was a no-brainer for filmmakers Roman Chimienti and Tyler Jensen. After connecting with Patton online, Chimienti met Jensen – the two bonded over a Freddy Krueger tattoo, and with Patton joined forces with one goal in mind: "Let's talk about why everyone hates [NOES2]," said Jensen.

Scream, Queen! My Nightmare on Elm Street, which receives its U.S. premiere at Fantastic Fest this weekend, tells the story of Patton, a closeted actor who, in 1985, was cast as boy-in-peril Jesse Walsh in NOES2. Despite box-office success, the sequel bombed with fans. Many attributed the slasher flick's demise to its (what's the opposite of subtle?) gay subtext and eventually its gay lead. Patton, dubbed a male Scream Queen, felt he was faced with a decision: Live in the closet or leave Hollywood.

But decades later, NOES2 achieved queer cult phenomenon. "It was like there was a movement, where everyone decided this was the [Nightmare on Elm Street] that sucked," explained Jensen, who remembers revisiting the movie in 2010 when the internet grabbed hold of its gay subplot. That's when he remembers hearing fanboys trash-talk the movie because it was gay. "Why is that a bad thing?" he asked.

For Chimienti, NOES2 was the movie that made him fall in love with horror, noting that he "latched" on to Jesse's character because "watching a male lead in peril was something I identified with." It's what set the horror movie apart from others – including Once Bitten, a clumsy vampire comedy starring a young Jim Carrey, which he remembers watching with his father.

"There are some offensive moments for gay people in that one. It makes you sit in your seat and dive deeper into yourself." Years later, like Jensen, Chimienti discovered internet culture calling Freddy's Revenge the franchise's "gay" chapter and he, too, had mixed feelings: "It's great that it's recognized for being gay, but it also made me defensive. ... I'm tired of being the punch line of your joke." And that, Chimienti summed up, was Patton's "gripe" too.

Scream, Queen! isn't about decoding a B-rate horror movie sequel or who's to blame – or credit – for the film's gayness (after years of denying any intentional gay undertones, writer David Chaskin recently admitted: "There was certainly some intentional subtext, but it was intended to play homophobic rather than homoerotic."). Jensen and Chimienti's documentary tackles the AIDS crisis, its bleak effects on Hollywood, and the rampant homophobia of the era. A child of the Eighties, Chimienti remembers being "just old enough to grasp this permeating fear. The worst thing was to be called 'gay' in school ... it came with the threat of violence." And while that explains Patton's brief rise to and fast fall from fame, it also explains why the gay community (then and now) embraced NOES2. During the course of filming, "so many fans came out to meet Mark," said Jensen. "They'd tell him [NOES2] saved my life."

Ultimately, the documentary shares Patton's story – a man "trying to break down walls to get to who he used to be," explained Chimienti. But it's bigger than Patton, it's about the continued fight for LGBTQ and women's equality. "On the one hand, we're in a better time now – you can be gay and have a career – but we can take for granted that the fight isn't over. We're just trying to make sure there isn't a sequel. We have to keep the fight alive and keep telling the story."

A version of this article appeared in print on September 20, 2019 with the headline: The Monster in the Closet