Fast Color Is the Superhero Movie We Really Need

Actor Gugu Mbatha-Raw is a beacon to behold 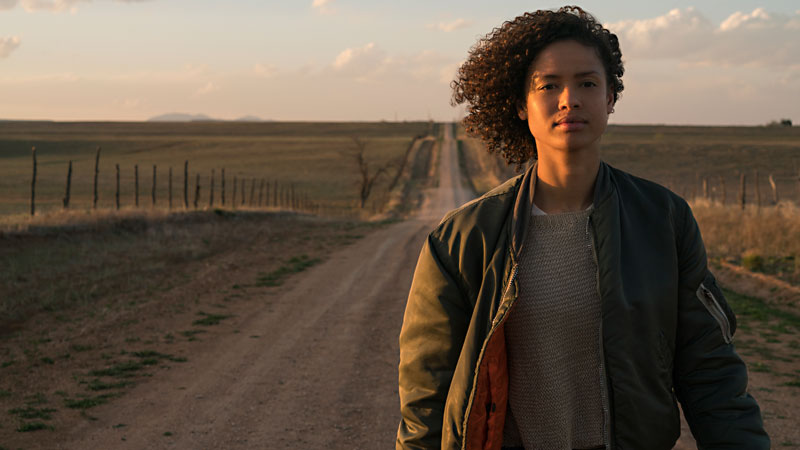 Gugu Mbatha-Raw is a powerhouse – a stunning actress who should be a household name at this point due to her magnificent work in Belle, Beyond the Lights, and Black Mirror's buzziest episode, "San Junipero." Her presence is commanding, and in Julia Hart's arthouse superhero film Fast Color she's a beacon to behold.

Mbatha-Raw stars as Ruth, a young woman who is on the run, leaving a trail of seizure-induced earthquakes behind her. To the government, she's a potential threat to the planet, a woman so strong she can shift the tectonic plates beneath her. It's an ability that should bring a heightened intensity to the feature, but Hart's film has more in common with the slow burning sci-fi feature Midnight Special than the heart-pounding Logan.

It's a blessing and a curse. Fast Color takes its time, which leads to a second act that drags when Ruth is reunited with her mother Bo (Lorraine Toussaint) and daughter Lila (Saniyya Sidney). It's a chunk of the film that should feel more magical than it is, as Ruth works with Lila to improve her remarkable abilities, but there's a sense of urgency that's absent.

When Fast Color finally finds its footing in the third act, it takes off, and the layers of history shared between these three generations of black women is felt in full force. It's this magnetic payoff that makes this otherwise sleepy film worthwhile.

Hart's film released earlier this year, but the buzzy SXSW title for one reason or another didn't click with the zeitgeist. And it feels like it really wasn't given an opportunity to thrive. While independent cinema has always struggled to find vast audiences, it still appears like Fast Color was unceremoniously plopped into theatres with little marketing. This one stung even more since it was an original superhero story, directed by a woman and starring three incredible black actresses.

However, as time went by Fast Color was able to find a core, vocal audience who felt like the film hadn't been given the chance it deserved. It seems that the right people were watching. A couple of months after its release, Fast Color was picked up as an Amazon series to be produced by Viola Davis, with Hart and partner Jordan Horowitz set to lead the helm. After struggling to find a home, Hart's world exploring the harrowing generational experiences of three black women is being given a proper outlet to potentially shine. And with that opportunity, Fast Color has been given a moment of rebirth.