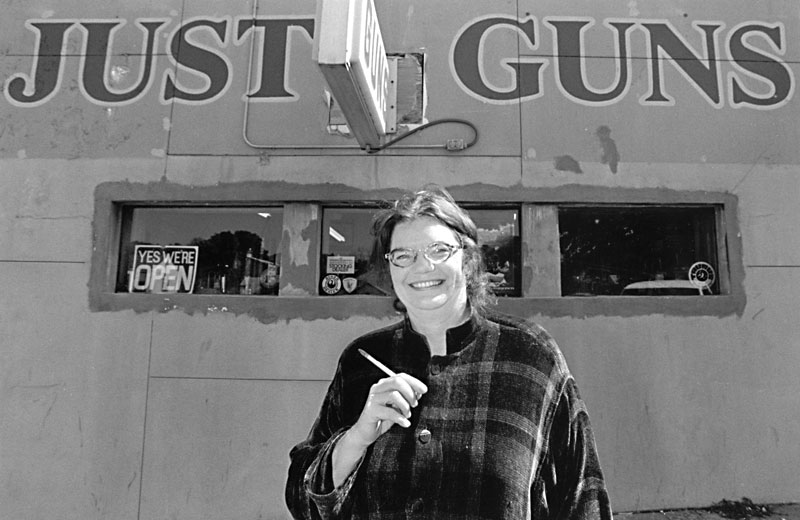 "Let me tell you a secret about politicians: They're scared to death of us." Molly Ivins, born to Raise Hell

When conservative presidential candidate Pat Buchanan bemoaned the United States' supposed descent into the "culture wars" during the 1992 Republican National Convention, the late Molly Ivins quipped the speech "probably sounded better in the original German." With acerbic wit and sharp humor that took aim at the powerful and the unjust, we relish having the firebrand progressive journalist's voice back in these dark political times to eviscerate the current right-wing regime. While we will never know just how Ivins would go about skewering the administration – the fodder is endless, and Ivins would have spun gold daily – Janice Engel's documentary Raise Hell: The Life & Times of Molly Ivins, debuting in Austin this week, gifts us with a strong sense of what it could have been and perhaps compels us to get up and take action against today's injustice in Ivins' honor.

Few journalists have built a legacy so powerful and profound; and few journalists have been as adept at their craft, successful in their careers while staying true to their values, and downright hilarious and publicly charming (especially us newspaper reporters) – but Molly was the rare trifecta. She didn't just poke fun for the hell of it, but used her comedic talents to puncture the powerful, mostly Texas politicos: "There are two kinds of humor," she once said. One was the kind "that makes us chuckle about our foibles and our shared humanity. The other kind holds people up to public contempt and ridicule. That's what I do." Satire should be the weapon of the powerless against the powerful, thought Ivins – when aimed at the powerless, it's "not only cruel, it's vulgar."

As a woman, a journalist who covers state politics, and a progressive I've pulled strength from Ivins' groundbreaking legacy over the years. From growing up a similarly introverted bookworm just a few minutes from Houston's affluent River Oaks neighborhood where she spent her childhood and "where power lived," to interning at The Texas Observer (a year after Molly passed away) where I developed a passion for state politics, to covering the Legislature and calling out the right wing, to serving as a MOLLY journalism mentor the past two years, I watched the documentary not just as a reporter covering an assignment, but scanned it intensely for shreds of advice I could soak up as I continue to navigate my own career.

Ivins began her career in the Sixties, when the paths for women in journalism were limited to working for the "women's sections" and writing about "food, fluff, and fashion for the rest of your natural life." But with courage and grit, she changed her preordained trajectory and became a trailblazer. Ivins wrote for the Houston Chronicle and served as the first woman police reporter for The Minneapolis Tribune before coming back to her home state in 1970 to co-edit progressive newsmagazine The Texas Observer, and covered the Texas Legislature (which she famously described as "a national laboratory for bad government") cementing her reputation as an irreverent, no-holds-barred reporter. While Ivins is a beloved household name in journalism and liberal circles in Texas, Raise Hell director Engel, who grew up on the East Coast, had never heard of her until a friend recommended she see the play Red Hot Patriot: The Kick-Ass Wit of Molly Ivins. She quickly became engrossed with Ivins' story, reading Bill Minutaglio and W. Michael Smith's Molly biography A Rebel Life, swimming in her archives, and hosting documentary fundraisers in Austin with columnist and Ivins' friend Jim Hightower. Engel didn't plan to time the film so closely with the hoopla of the 2020 election or, obviously, have any idea an authoritarian petulant racist would take the presidential helm when she started work on it in 2012, but the "timing couldn't have been better," she said. "I like to say Molly is driving this bus and moving us in the right direction. I think there's a higher force at work that realized we needed her voice now more than ever."

Importantly, Engel's account of Ivins isn't a hagiography, but paints her as the complex and complicated three-dimensional character she was. With archival footage and interviews, the film traces her history, starting with her introverted bookworm-ish upbringing to her endless fights with her conservative oil executive father about race relations and politics. She not only used her caustic style to attack the right wing, but shed light on the failings of Democrats, too. She notably criticized Bill Clinton's welfare reform plan, fearing it would further disadvantage the poor. And Ivins wasn't just a political rebel, but oftentimes an outsider within journalism: When she was pulled away from the Observer by The New York Times, the relationship was a tumultuous push and pull between her iconoclast attitude and its traditional ways.

The film doesn't shy away from her lifelong battle with alcohol, a tool she believed aided her wit. The problem elicited an intervention from friends, including Gov. Richards. (Engel noted that Ivins' late brother stressed to her that before she died from cancer in 2007 she had been proudly sober for 18 months.)

Raise Hell is equal parts thoughtful and amusing, not to mention damn inspiring. In it, I found the reminder Ivins exemplified what we should all emulate as journalists: She spoke truth to power, carried a strong sense of justice, and was fearlessly unapologetic and critical, even when it came to the very establishment she worked in: "There's no such thing as objectivity and everybody in journalism knows it," she declared. "So my solution has been to let my readers know where I stand, and they can take that with a grain of salt or a pound of salt, depending on their preferences."

Perhaps the most important takeaway in Engel's documentary is the message that the late Ivins wasn't just folksy one-liners and sharp quips – she believed in the people and their ability to elicit change. Ivins recognized the power divide wasn't from right to left, but from the "top to bottom"; she criticized the concentrated wealth of the 1% and special interests in politics. She knew that the powers that be – whether Republican or Democrat – often marginalized the middle and working class.

The film leaves us with a prescient message from Ivins, a message that may help us overcome one of the most reprehensible presidential administrations in history: "Let me tell you something, when Americans really get stirred up, when we stand up on our hind feet and really speak out – they listen to us. Don't forget that. In fact, let me tell you a secret about politicians: They're scared to death of us."

Raise Hell: The Life and Times of Molly Ivins opens in Texas this week, and nationwide Sept. 6. Read our review here.

Oops! An earlier version of this story incorrectly credited A Rebel Life to Bill Minutaglio and Steven Davis. Our apologies W. Michael Smith, the actual coauthor with Minutaglio.

A version of this article appeared in print on August 30, 2019 with the headline: Raising Hell and Blazing Trails 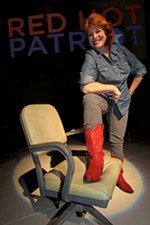