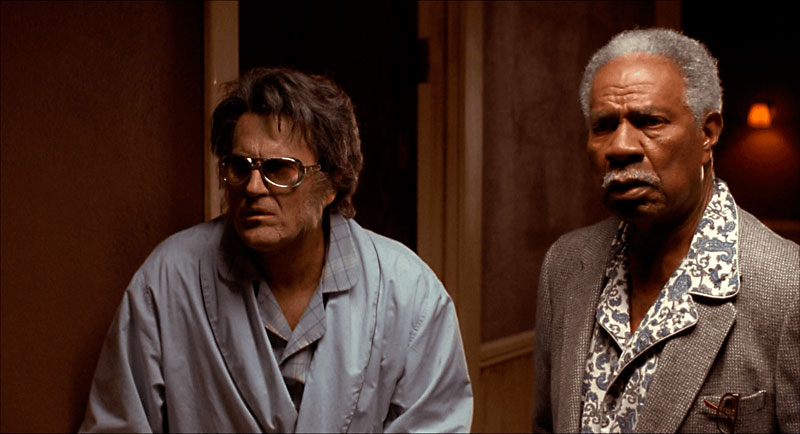 Documentary films about authors are few and far between. That's chiefly because the act of putting pen to paper or fingers to keyboard isn't anyone's idea of high drama.

Not so with New York-based documentarian and self-professed fangirl Hansi Oppenheimer's All Hail the Popcorn King, a tribute to and examination of Joe Lansdale, the Lone Star State's "writer of the purple rage." Lansdale's genre-defying, outrageously prolific curriculum vitae – some 50 novels, 500-plus short stories, comic books, screenplays, and not least his own brand of "martial science," aka Shen Chuan – makes for an absorbing portrait of an artist whose imagination knows no bounds. Whether it's on the screen (Bubba Ho-Tep; Sundance TV's adaptation of Lansdale's long-running Hap and Leonard series of novels) or on the page, the life story of this 10-time Bram Stoker Award-winning "Champion Mojo Storyteller" from the piney woods of Nacogdoches is every bit as extraordinary as any one of his artistic endeavors.

"I grew up in New York, and I'm a total New York girl," said Oppenheimer, "but I've always loved weird Westerns and have kind of been obsessed with Texas. I can't remember if it was The Nightrunners or ["Night They Missed the Horror Show," his story in 1988 anthology] Silver Scream where I was first introduced to Joe's storytelling, but I immediately fell in love with his work. He can write anything, in any genre, and he has such a unique style that whatever Joe Lansdale you're reading, it's always Joe's singular, unmistakable voice."

Two years ago, Oppenheimer was working on Squee Fu – a documentary about another Joe, drive-in historian Joe Bob Briggs – "and I reached out to [Lansdale] to see if he'd be interested in contributing something, and instead of appearing in a video clip, he said he'd write me something, which is exactly what he did, in 24 hours! I was totally taken aback and told him, 'OK, the next documentary is going to be about you.' So I went back down to Nacogdoches, and he showed me where he grew up, the library, local history, everything. I could've just walked around with him and my camera crew and had a great documentary, but since I had access and Joe kept sending me contact info I ended up talking to all these great people in Joe's orbit. [Hap and Leonard star] James Purefoy, Don Coscarelli, Joe Hill, Bruce Campbell, and on and on. We ended up with so much media that we didn't use in the film, but we're going to include that on the bonus disc of the DVD. Otherwise it would've been just four hours of people talking about how much they love Joe Lansdale."

One of the most enduringly irksome mysteries of Joe R. Lansdale, his ownself – at least to those devotees who have been poring over his voluminous body of work for going on nearly four decades – is how such a prodigiously proficient polymath and grade A humanist isn't yet a household name. "What Joe does is really interesting," added Oppenheimer, "because he has his heroes, like Hap and Leonard, who always try to do the right thing but often end up doing some fucked up shit. Joe's stories are morality tales in that sense, because he doesn't flinch from depicting the worst aspects of the human condition – the overt racism he witnessed growing up in 1950s East Texas, for example – but [he] balances that with these other, more noble characters striving to do the right thing. I think that's something everyone can relate to, because we all do that one way or another."