Cate Blanchett's character is the opposite of Frank Lloyd Wright, but no less complicated 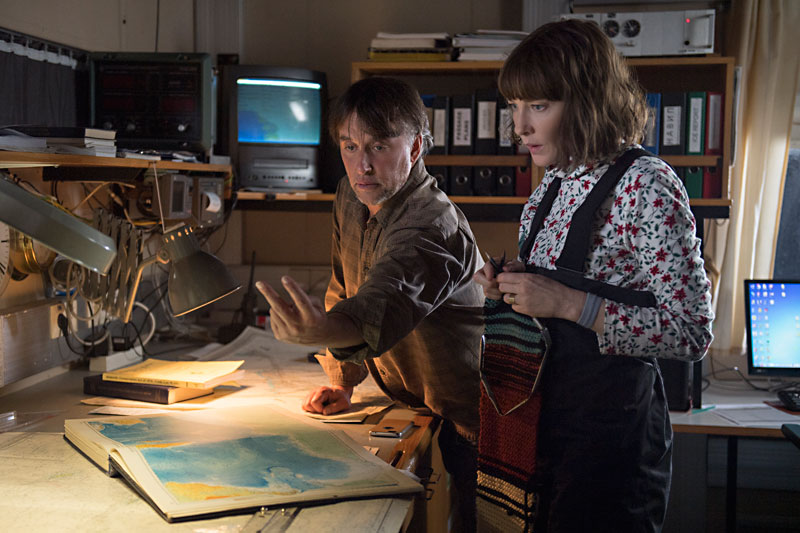 Richard Linklater and Cate Blanchett on the set of Where'd You Go, Bernadette

Richard Linklater has a secret. When he's not making films, he's an architecture buff. He dabbles (he calls it "designing and building funky little things") but he's also a student of the discipline. A couple of years ago, he dropped by the Frank Lloyd Wright exhibition at MoMA in New York, a rare display of his original plans and concept work. It was a beautiful insight into the mind of one of the 20th century's greatest architectural minds, in all its splendors and, shall we say, idiosyncrasies. "He was brilliant," said Linklater, "but he was projecting, from far outside, his very specific taste. He didn't like closets, he didn't like garages. He didn't like storage space because he didn't like clutter, so he imposed that on you."

Bernadette Fox would likely give such ideas short shrift. The central figure of Linklater's latest film, Where'd You Go, Bernadette, the idling ex-architect (played by Cate Blanchett) seems much more philosophically in tune with Charles-Édouard Jeanneret, better known as Le Corbusier: the modern design master whose most famous (and often misinterpreted) statement is that "a house is a machine for living in." If Wright was "the ultimate male architect, Bernadette is the opposite. She's the intuitive, more female, get inside something, don't impose your thing, and I'm closer to that, I think."

Adapting Maria Semple's 2012 novel about an architect who suddenly disappears, leaving her daughter to find the clues to where she went and who she really is, seems an unlikely project for Linklater. "Twenty years ago, I wouldn't have thought this was my story to tell," he said, "But what is that, about all the stories floating around in the world, that it is about something that makes you want to dig in? What's the enzyme that kicks in?"

While still synonymous for some with coming-of-age comedy-dramas like Dazed and Confused and Everybody Wants Some!!, three of Linklater's last four features – Before Midnight, Boyhood, and Last Flag Flying – have dealt with parenthood, and Bernadette undoubtedly follows in that pattern, with the mother/daughter relationship between Bernadette and Bee (Emma Nelson) so pivotal to the story; but it also has Last Flag's maturing melancholy. In that film, Steve Carell's Vietnam veteran must find a way to live after his son is killed in Iraq. Bernadette is contending with a more abstract loss, a feeling that she let her creative spark burn out. These films deal with what Linklater called "middle-age-ish issues" – coming to a different age.

It was Megan Ellison, founder of Annapurna Pictures, who gave him a copy of Bernadette while he was still in production on Everybody Wants Some!! "It really got its hooks in me," he said, and he steadily found personal connections to the story. First of those were resonances of his own mother, Diane. "She was brilliant, but kind of erratic. I could tell she suffered, and she reminded me a little bit of Bernadette." Then there were the questions of long-term relationships that he had broached in Before Midnight, and as the sole boy with two sisters and a father to three daughters, he said, "I grew up with such a front-row seat to mother/daughter relationships."

What may connect Linklater most closely to Bernadette's story is what it says about the creative process – or, more specifically, the process derailed. Even after 20 films, five Oscar nominations, and over $300 million in box office gross, Linklater still has passion projects in development hell, like his long-gestating Bill Hicks biopic, or his planned love letter to Houston and NASA in the 1960s. Even Bernadette sat in the can for over a year, awaiting a release date. It's no surprise that he's gone guerrilla to make subversive projects like Boyhood, shot in snatched days over a decade.

That's where Linklater sees film and architecture as kin. "They rely on clients, other people, money. It's one thing if you're a successful artist, if you're a musician, painter, writer. No one tells you you can't practice your art. In architecture, you can design buildings that don't get built. You can write movies, and they never get off the ground." They're also both arts of grand ambition. "Every architect who designs a building thinks it will stand forever. You have to feel that way, and filmmakers have to feel that way. 'Oh, I made this movie, and it will be there.' Well, probably it won't. They lose the negative somewhere, or just forget it. But you have to think that way." Richard Linklater on the set of Where'd You Go, Bernadette, with Cate Blanchett as Bernadette and Billy Crudup as her husband, Elgin Branch.

Linklater sees Bernadette as "an artist's nightmare scenario [of] an artist who's not doing her art," and it's often pretty ugly. As Laurence Fishburne (as Bernadette's friend and mentor Paul Jellinek) tells her, "people like you must create. ... If you don't, you become a menace to society." The filmmaker describes what looks at first glimpse like a suburban farce as really about "these complex reasons about why she's had this 20 year hiatus. ... It's Bernadette getting back to who she's supposed to be."

In the book, it's Bee's narrative, while Bernadette is assembled through documents and letters. Making a movie meant putting Bernadette into a more central role. Linklater admitted that it helped that Blanchett had already been mentioned for the part when Ellison first gave him the book ("If you're going to depict a genius, you have to do it with a genius"), allowing the writers to fine-tune the script to the actress, and find the right limits to Bernadette. "How far can you push that prickly, asshole-ish character? Well, people will invest in her the more they know about her." Linklater brought in Holly Gent Palmo and Vincent Palmo Jr. (the writing duo who previously converted Robert Kaplow's Me and Orson Welles into a script for him) to help bring forward those themes from Semple's epistolary novel, and to start "weeding out redundancies." Some of the book's most entertaining digressions are Bernadette's lengthy diatribes and dismissive missives, but most had to go, for both brevity and likability. Linklater joked they would have been included in "the five-hour miniseries version," but in a film "you put that in someone's mouth, and talk about asshole, talk about annoying. So a little goes a long way."

Instead, they included enough to understand how Bernadette ticks. It's that Le Corbusier, work-with-the-material instinct again, as opposed to Wright's authoritarian, didactic ordering of the world. Knowing her, rather than being told about her, "It's a metaphor for how Bernadette works in the world, and how Cate approaches her characters, and how I make movies. You have to get inside it, to appreciate what it wants to be."

Where’d You Go, Bernadette opens in Austin this weekend. See review and listings.

A version of this article appeared in print on August 16, 2019 with the headline: Brick by Brick, Frame by Frame