Cut up, chopped and screwed: The long path to Taking Tiger Mountain Revisited

It was 1973 when a kid called Tom Huckabee first met Bill Paxton. They were both students at Richmond College in England. Huckabee was a film enthusiast, and was taking classes for high school credit. Paxton was a bit-part actor, taking college hours. They got along, and after classes finished, they went their separate ways, meeting up later in Hollywood. That's when Paxton told Huckabee about an abandoned project of his, a film that is rarely seen to this day. A madcap endeavor that epitomized the cut-up remix culture of the 1980s, it finally gains a new form this year as Taking Tiger Mountain Revisited, Huck­a­bee's tribute to aspects of his friend Bill that most people never saw.

List great character actors, and Fort Worth native and Texas Film Hall of Famer Bill Paxton is up there. From micro-parts in 1984 in The Terminator (he's one of the punks that gets wiped out by Arnold Schwarzenegger) and Streets of Fire (as Clyde the bartender, he gets cold-cocked by Amy Madigan), he became ubiquitous. His jaw-dropping résumé made him part of James Cameron and Kathryn Bigelow's stock players (Near Dark, True Lies, and, of course, Titanic), plus he had leading parts in Twister, A Simple Plan, and Apollo 13. But that was only part of Paxton. He was also a director (his 2001 debut, Frailty, is now regarded as a landmark in Southern Gothic), and just before his shocking and sudden death in 2017, his true passion project – a long-gestating adaptation of Joe Lansdale's The Bottoms – was greenlit. But he was also a weird radical artist, who directed the gonzo kids'-book-meets-gross-out video for Barnes & Barnes' song "Fish Heads," and was in a New Wave band called Martini Ranch, before Hollywood shifted his trajectory. Yet even for him, his lost film Taking Tiger Mountain, which reemerged this month re-re-reconstructed on Blu-ray, was out there.

In 1974, after befriending Huckabee at Richmond, the 19-year-old Paxton and an aspiring filmmaker called Kent Smith decided to make an indie art movie. Inspired by William S. Burroughs, Albert Camus' The Stranger, and the Beat poets, they would go to Tangier to make a pulled-from-the-headlines riff on the kidnapping of John Paul Getty III. So they head to Moroc­co with a $20,000 budget ("skimmed off the top of an educational movie," Huck­abee explained), an Arriflex Techno­scope camera, 10 hours of black-and-white short ends – leftover film stock – from Bob Fosse's Lenny Bruce biopic Lenny, "and probably a tripod." Unfortunately, what they didn't have was any permission to be there and make the movie, "so they got arrested," said Huckabee. "They were interrogated, put in jail, [and] Kent bribed them out."

Unfortunately, what they didn’t have was any permission to be there and make the movie, “so they got arrested,” said Huckabee. “They were interrogated, put in jail, [and] Kent bribed them out.”

Deported to Gibraltar, with nowhere to shoot, Smith and Paxton were at each other's throats and ready to split what was left of the budget. That's when inspiration hit: Paxton remembered that he knew a bunch of hippies in Wales that he'd met at Richmond College, so they'd just up sticks and shoot there. "That's a typical thing of Bill," Huckabee said. "When he would get a creative idea, his mood would raise and he'd get real excited about making this thing happen."

So they head to Wales, use up all 10 hours of stock, and that was it. Unfortunately, they were now so short of cash that Paxton's dad had to wire the money to fly them and the film home. This was the raw footage Paxton showed to Huckabee – and raw is the right word. It had been shot with no sound, with the intention of adding dialogue later, but there was no cash to finish production. It was only in 1979, when Hucka­bee was in his final year studying in the Depart­ment of Radio-Television-Film at UT-Austin, that he convinced Smith to lease him what he had (as well as footage from what Huckabee called "an erotic portrait" of Paxton called "D'Artagnan"), to turn it into an actual film.

By this point, the idea of making a film referencing the Getty kidnapping was pretty passé, so Paxton and Huckabee decided to completely change the story – not too challenging, considering what they had was silent, abstract, black-and-white footage. They called in another UT student, Paul Cullum, to help them with the script. He was writing a TV criticism column for the campus newspaper, The Daily Texan, called Notes on the Wasteland, which he described as "cultural criticism masquerading as program reviews, and it didn't make any sense to anybody, even me." He'd already written a student short, "Speed of Light," which was one of the films included in Jonathan Demme's quasi-legendary Made in Texas – Six "New" Films From Austin collection that screened in New York in 1981. Cullum recalled that Huckabee approached him and told him that he wanted to jettison the original script and make something "about militant radical feminists, and the SCUM Manifesto, and Valerie Solanas, and maybe a prostitution ring centered in Wales, and it'll be dystopian in the future, and there are two shots of loudspeakers, so we can create a whole fabric of the future from radio broadcasts. ... He said, 'Can you make something out of this?' And I said, 'Sure.'"

The footage may have been formless, but Cullum was still impressed. "It was really lush," he said. "It looked like Antonioni. It had a lot of scarred, electric static that would set on characters because of the camera they used. But that was a narrative element, to incorporate all your mistakes. Beat your liabilities into assets."

Huckabee also handed him another asset: the involvement of William S. Burroughs. The shadow of the grand man of junkie fiction hung over the film from moment one, from the point that Smith and Paxton first decided to follow his footsteps to Tangier, just as Burroughs had traipsed after another libertine, author Paul Bowles. Yet this was the early 1980s, and Burroughs had fallen off the agenda, lost to personal tragedy and failed projects, buried deep in what would eventually become the "Red Night" trilogy. Yet he was steadily getting rediscovered by a new generation of punks, New Wave kids, and what would become the industrial scene. However, that wasn't transferring to financial security quite yet. "He was giving away stories to any film student or amateur that wrote him a letter," said Huckabee, who paid $100 for the rights to the 1979 short story Blade Runner (a movie). Unlike the 1982 film Blade Runner, which only used the name, Cullum, Huckabee, and Paxton folded elements into their film (and in doing so gave Burroughs his first feature film credit).

So finally, in 1983, after so many delays and a complete re-envisioning, Taking Tiger Mountain was finally ready to screen. Fortunately for Huckabee, he was working for Landmark Theatres and convinced the chain to take the film; and yet the fates were still not done conspiring. It was probably a sign when, at the opening weekend screening at the Inwood Theatre in Dallas, Huckabee was struck down with appendicitis during a live TV interview. Then the film itself was silenced as the distributor, Horizon Films, went bankrupt. It got some positive reviews, but it took a roasting from The Houston Post's Joe Leydon, who penned what Huckabee called "the most negative review. His headline was 'The Making Was Better Than the Taking,' and you could tell he was just pissed off with having wasted two hours of his time." Unfortunately, that was the wire review that was reprinted around the state. "It's one thing to have two different people give you a bad review," said Huckabee. "It's another to have one just follow you from town to town. ... So it died after that."

So everyone moved on. Huckabee launched a career as a producer and script doctor, Paxton was becoming a star, and Smith had lost interest in the film ("It just wasn't the movie he had wanted to make," said Huckabee). It wasn't until Paxton died that Huckabee felt drawn back to a project that, even though it had been released, he had never really been happy with. "I believed in the story," he said. "It was just that a lot of the story didn't make it to the screen."

Luckily for him, in 2016 the digital rights to the film were acquired by Etiquette Pictures. Yet rather than just oversee a standard 4K restoration, Huckabee went back in to rebuild the footage as a new film – different enough that he felt he had to give it a new name: Taking Tiger Mountain Revisited. He even went back and took notes from Leydon's review, and that of The Austin Chronicle co-founder Louis Black which he called "kind ... he was seeing what I was trying to do, and felt that it was an honorable experiment, if not entirely successful." Huck­abee used those reviews like studio notes: "I wanted to make a movie that these people can watch again and hopefully do a turnaround, like Roger Ebert did with Brown Bunny."

Huckabee called this new release "a 45-year delayed orgasm," not least because the new wave of reviews for this release have been much more positive. He said, "I believe I've taken it from two and a half stars to three and a half." Yet for the director, it's not just about finally getting a real and complete version of the film out in America. It's an opportunity to help reshape the legacy of a man who was a household name as a character actor. "Bill was an auteur," he said. "His friends knew. His collaborators knew."

A version of this article appeared in print on August 9, 2019 with the headline: Cut Up, Chopped and Screwed on Tiger Mountain 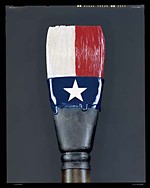 After a Fashion
Your Style Avatar discovers Voxtrot