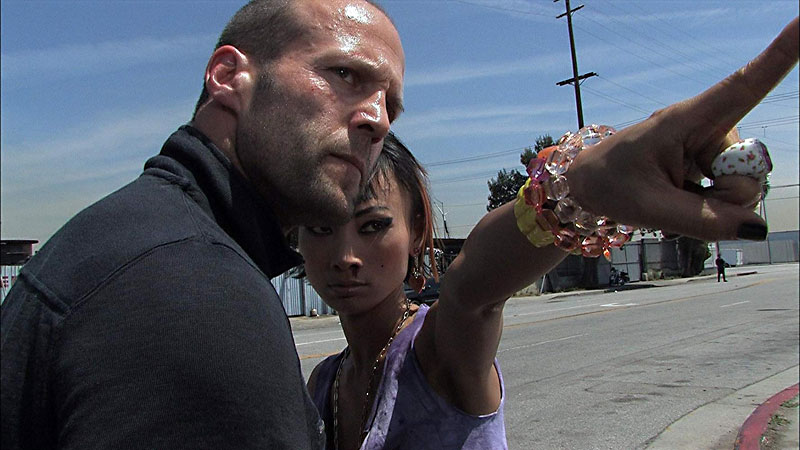 Crank: High Voltage should not exist. Everything was against it – not least that antihero hit man Chev Chelios (played by then-C-lister Jason Statham) was last seen at the end of the original 2006 Crank plummeting from a helicopter after being poisoned by a heart-stopping venom. So what did writer/directors Mark Neveldine and Brian Taylor do? Made a sequel even more nakedly gonzo and deliciously vile, way beyond the original supercharged action flick. Now Chev is chasing after his own stolen heart, and there's a criminal genius head in a jar, plus a full-blown kaiju rubber-suit fight sequence. "It's a true grindhouse movie," said Taylor, who now lives in Austin. "It's not a tribute to grindhouse, or an homage to grindhouse, or wink-wink. It's real grindhouse. It's a scream for attention, just sex and violence and balls to the wall."

This week, AFS Cinema presents a special 10th anniversary screening of Crank: High Voltage, with Taylor on hand for a Q&A about how its existence is down to Lakeshore Entertainment. After Crank, the studio wanted them to handle VR shoot 'em up Gamer, "so we told them, we'll give you this big-budget Gerard Butler movie, but if we give you that, you've got to give us Crank 2."

The logic to resurrect Chelios was simple ("he was dead, but he got better"), and that was the easiest part. The plan was to shoot their two projects back-to-back, but making the $50 million Gamer turned out to be "like a military campaign ... I wanted to make the experience of shooting Crank 2 as easy as possible," said Taylor. Out went the then-cutting edge Red digital camera, and in came off-the-shelf prosumer cameras from Best Buy, thrown into harm's way. "True guerrilla filmmaking," said Taylor, "and if you broke one, or ran it over with a car, we could just get another one." Scenes would have as many as 11 cameras getting endless coverage, and then it was up to editors Marc Jakubowicz and Fernando Villena to trawl through the 270 hours of footage (per Taylor, "more than they had for Titanic"). That sounds like a nightmare, but the pair relished it – especially Villena, who was pulling double duty on this and Gamer. However, he came from a music video background, "so he was used to going through an hour of footage, just to get that perfect little two seconds of pop."

Oh, Neveldine and Taylor gave him pop, not least in the return of Statham as a violent lunatic on a bloody, oversexed quest for revenge. However, when the pair wrote the first film, they almost passed on him. "I wanted Nicolas Cage for it, we wanted Robert Downey Jr.," said Taylor, but Lakeshore suggested the Lock, Stock, and Two Smoking Barrels actor. "I didn't like the idea," Taylor said, "because he was Guy Ritchie's guy, and Guy Ritchie was the competition." However, Lakeshore's executives saw that he was going to explode as an action star in The Transporter, and convinced the directors to meet with him. "So we sat down with Jason, and within the first five minutes you fall in love with the guy." Just one problem. "The first thing he says is, 'Guys, I don't do comedy,' and I said, 'That's fine, because the situations are so absurd, the more straight that you play it, the funnier it's going to be.'"

With High Voltage, Taylor wrote specifically for Statham, and combined his badass physicality with his goofball mentality. "Crank 2 is the only time that you see Jason doing full-on physical slapstick, and he's brilliant at it."