The Illustrated World at AFS Cinema's New Season of Animation

There's more to animation than Disney and Miyazaki 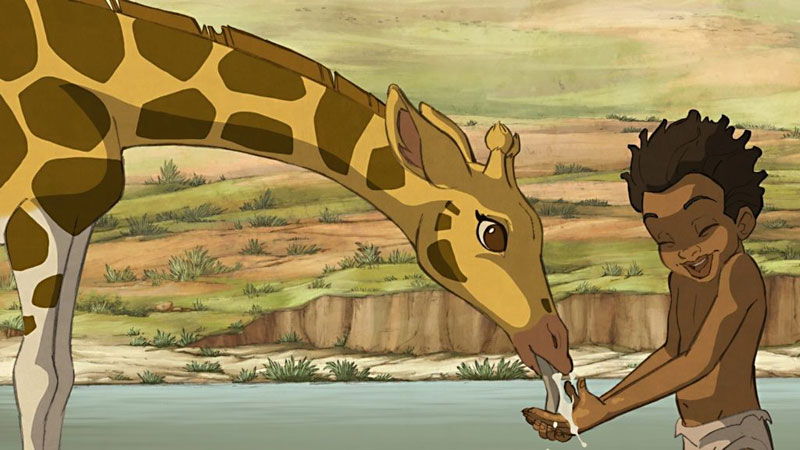 For years, animation fans looking for alternatives to Disney felt like their only options were bad anime dubs and Eastern European abstract creations with titles like Square Versus Rhomboid. This month, AFS Cinema paints a different picture, with bold adventures and terrifying visions created in miniature.

American animated features often emphasize adventure, exotic locations, adorable animals, and family-friendly lessons to be learned, and so does the gorgeous Zarafa. Young orphan Maki (Max Renaudin Pratt) bonds with another lonely soul after his village is burned by slavers; the only oddity is that his new friend is a giraffe. With reincarnated cows, a Greek pirate queen, a roguish Bedouin adventurer, and action that flies from the deserts of North Africa to the French Royal Court, Zarafa is everything a dreaming youngster could ever want from a movie. Saturday, July 6, 3:30pm.

There's something inherently unnerving about the juddering gestures of stop-motion, and few filmmakers have perfected the dark dream logic of the form as eerily as Stephen and Timothy Quay. The twins may be American, but they have absorbed the traditions of postwar Czech and Polish stop-motion to create perfectly executed miniature nightmares. Christopher Nolan is a huge devotee (it's not hard to see their influence on his 1998 debut, Following) and has curated three of their most important and cutting-edge works: "In Absentia" (2000), "The Comb" (1991), and "Street of Crocodiles" (1986), accompanied by Nolan's own short documentary on the animation auteurs, "Quay." Thursday, July 11, 7:00pm; Saturday, July 13, 2:30pm.

Doctor Dolittle once posed that if we could talk to the animals, what a neat achievement that would be. But this gloriously creepy and charming child's adventure asks, "Wouldn't it be better if we could listen to what the animals are telling us?" Throughout history, birds have been portents of disaster, and Tito (Pedro Henrique) is convinced that his father's pigeon translation machine will help save humanity from a bizarre condition where fear turns people into immobile lumps. Part ecological warning, part satire, all action and heart. Tuesday, July 16, 7pm; Saturday, July 20, 2:30pm.

Japanese animation powerhouse Studio Ghibli is synonymous with the fantastical adventures created by founder Hayao Miyazaki, but few films ever matched the magical strangeness of Pom Poko, the 1994 eco-warning by Ghibli co-founder Isao Takahata. His protagonists are tanuki – Japan's raccoon dogs – whose home is under threat from human developers and have to use their magical powers to protect what's left of nature. A wild and weird mix of Watership Down-esque animal drama and screwball antics, it never reached the international success of Miyazaki's biggest works. Yet its odd charm and mix of hyperrealistic backgrounds and silly critter antics live on in the work of animation superstar Masaaki Yuasa (The Night Is Short, Walk on Girl). The spirit parade, where the tanuki summon magical forces from their pouches, is a jaw-dropping display of imagination. Thursday, July 25, 7pm; Sunday, July 28, 1:45pm; Monday, July 29, 7pm.

A version of this article appeared in print on July 5, 2019 with the headline: The Illustrated World