Austin horror escapes the courts and creeps onto VOD 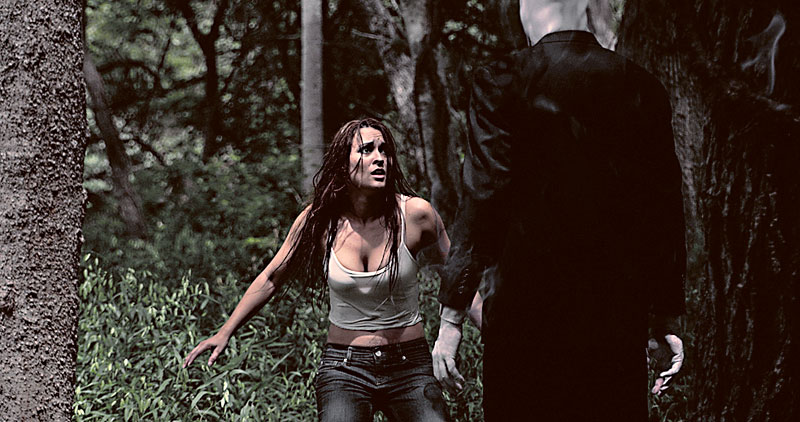 Getting a movie made can be a horror story, but urban legend horror Flay comes with its own mythology. In 2014, Austin-based filmmaker and VFX veteran Eric Pham began filming the story of a murdered shaman seeking vengeance from the underworld, and it was set for a VOD release in March 2018. That's when fate intervened – in the form of a cease and desist letter from Sony. The corporate behemoth claimed that Pham's film was too close to their own upcoming Slender Man – even though Pham's film was shot two years before Sony's project was even announced, and had played festivals in 2017 while Slender Man was still in production.

However, last July Pham and his Phame Factory production company filed a federal lawsuit of their own, arguing that Flay did not violate Sony's copyright and requesting that their claims be thrown out. That's aside from bigger legal questions as to whether Sony really owns the rights to Slender Man, which began its (after)life as a Creepypasta meme. It seems that now Sony has relented (in no way related, of course, to the disappointing performance of Slender Man), and now Flay has finally crept into homes on VOD.

That means viewers can finally see for themselves whether there really are any similarities between the internet's favorite faceless menace and Pham's tale of a family (Alita: Battle Angel's Elle LaMont and Cloak & Dagger's Dalton E. Gray) ripped apart by a supernatural menace. Better watch it soon because Pham has announced that Flay will be getting a sequel (unlike poor Slender Man).

Flay is available now on iTunes, Amazon, Vimeo on Demand, and YouTube.