Now Streaming in Austin: "The Outfit" 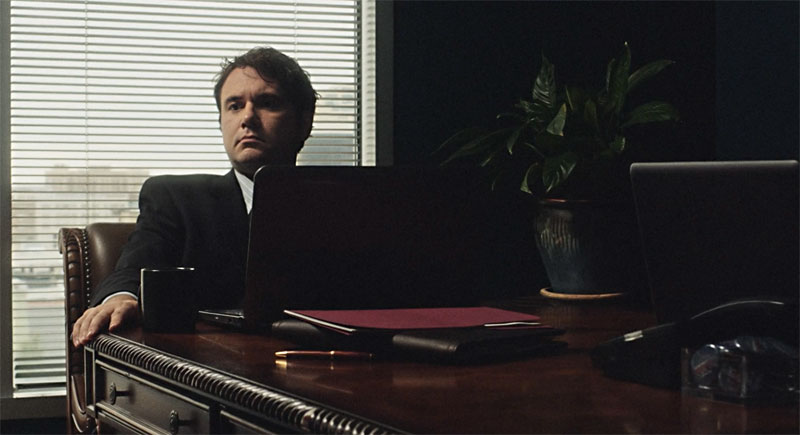 AJ Bowen in "The Outfit"

Do clothes make the man? That's the question underlying "The Outfit," the short magical-realist political comedy directed by Yen Tan (1985) and co-written by Tan and editor Don Swaynos (Pictures of Superheroes).

The 12-minute short arrived on Vimeo this month, and packs in a veritable who's who of Austin actors. Watch out for Anna Margaret Hollyman (Sister Aimee), Sonny Carl Davis (The Whole Shootin' Match), John Merriman, and even Swaynos' voice – plus an actor who has basically become an honorary Austinite due to his constant presence starring in titles at Austin film festivals, AJ Bowen (You're Next, Grow Up, Tony Phillips). Bowen plays the wearer of the eponymous outfit, a Republican politician whose sexuality becomes a matter of public debate and personal self-questioning after one wardrobe choice.

"The outfit makes him come to terms with his sexuality," said Tan.

The filmmaker was inspired by a real political scandal back in 2015, but said he feels the story has not lost pertinence since then – merely changed in the shifting light of American politics. The director noted that the most outspoken supporters of anti-LGBTQ legislation seem the most likely to be closeted. "That duality is more common than we know."