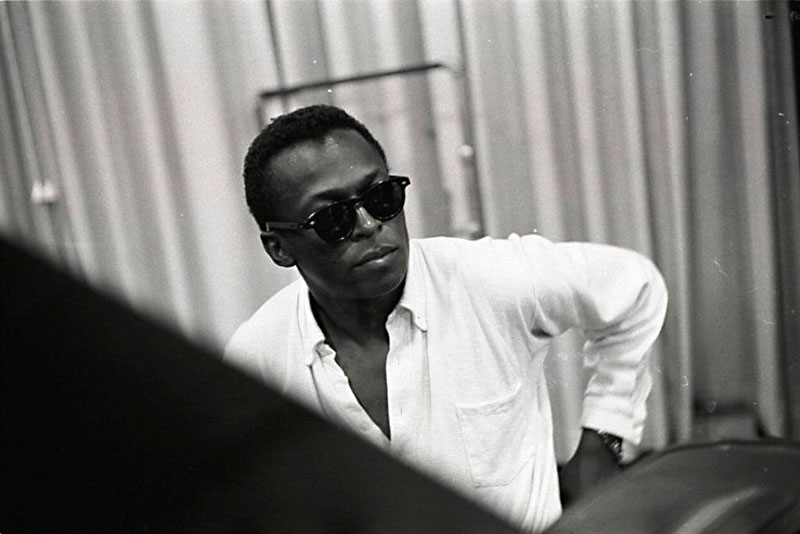 The biographical documentary Miles Davis: Birth of the Cool features acclaimed filmmaker Stanley Nelson flattening the chronology and scope on the transformational genius' legacy. Trending more societal than epistemological, the director manages to both impress the immense weight of Davis' artistic contributions and accurately retrofit the trumpeter as a cultural radical, and peerless personality cult figure.

Already in contact with Davis' family before filmmaking, Nelson had been pursuing a film about the St. Louis native for at least 15 years, according to co-producer Nicole London (Sammy Davis, Jr.: I've Gotta Be Me). In 2005, Nelson directed Sweet Honey in the Rock: Raise Your Voice for PBS' American Masters series: With passion for Davis as a subject nevertheless burning in the MacArthur "Genius" Fellow and Peabody Award winner, he decided to call the show's producers, who recently relaunched as the for-profit American Masters Pictures. Nelson explained, "We had kind of a new head there [executive producer Michael Kantor], and he said, 'It's funny you called me because I just talked to a company called Eagle Rock Entertainment in London, who are very interested in doing Miles Davis. ... I'll see if I can put in half the money and they can put in the other half and we'll get it done.' It was just one of those weird, wonderful coincidences."

Given the magnitude of his influence, the film – named after a landmark 1957 compilation marking the tonal evolution of bebop into cool jazz – cannot be viewed as a comprehensive review of Davis. Nelson, however, threads the proverbial needle in hammering home the consequential moments, personalities, and albums, creating what is now perhaps the preeminent overview of the horn blower's colorful life. While a grand miniseries involving Davis minutiae would be welcomed by jazz nerds worldwide, Nelson believes in efficiently drilling to the core – no wasted film. "Once you get to three, four hours," he said, "where do you stop before you're talking inside baseball?"

The film's unique feature is the facsimile of Davis' signature rasp, via actor Carl Lumbly, who serves as Davis' spirit and the film's narrator. The former Alias actor's involvement, and the use of Davis' 1989 memoir Miles: The Auto­biography as the script, arrived as "plan B," as Nelson had initially wanted to use the real thing. However, there were intractable obstacles, one being that Davis could be a lousy one-on-one interview. The other? More technical. The filmmakers had access to the original tapes used for the autobiography, "which were the bulk of what we wanted to use," said London. "We spent six months trying to work it out, but the quality was too poor."

In the well-considered portions that Nelson elects to use – from the groundbreaking composition for Louis Malle's 1958 film Elevator to the Gallows to his electric transition in 1970 with Bitches Brew – he tethers where Davis stood philosophically (and even sartorially) during each period to a singular mood and usually, a singular woman. On his life-changing trip to Paris, the trumpeter was "treated as an equal" by the French and the Parisian culturati set, including the likes of Sartre and Picasso – not unlike fellow expat James Baldwin's previously unrealistic hope to be "merely a Negro; or, even, merely a Negro writer."

On top of the unimaginable amount of rare instructive footage and testimonials from the jazz elite, what comes across as a through line in Birth of the Cool is Davis' stringent emphasis on greatness. While the oft-narcissistic musician was nothing if not imperfect (which the film covers in detail), he demanded all other facets of his life consist of the highest grade – a rare quality for black men in his era, even the most gifted. "This is a guy who was not Louis Armstrong, you know, smiling and grinning, or Stepin Fetchit, Hattie McDaniel," said Nelson. "Miles had this characteristic of insisting on the best – the best clothes, best cars, beautiful, classy women. He always insisted that he be treated in a first-class manner."

"Like [famed producer and musician] Quincy Jones says in the film, [Davis] wanted to be like Stravinsky. He wasn't here to entertain you. It was, 'We're here for you to listen to the music that we put our hearts, minds, and souls into.' And people listened. Miles was the epitome of that. He was something new."

A version of this article appeared in print on May 31, 2019 with the headline: Young Man With a Horn