An assassination to hide an atrocity 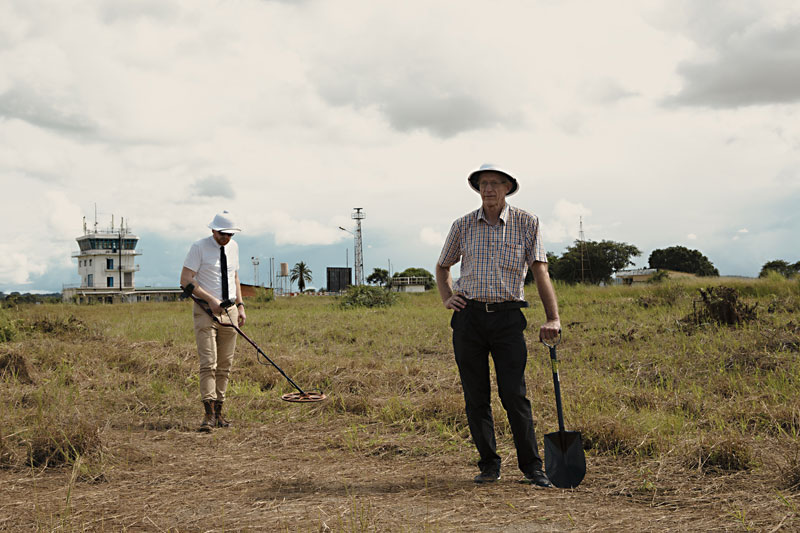 "I'm enormously attracted to the stories that refuse to be demystified." If there will ever be a suitable epitaph for Mads Brügger, those words will be fitting.

The unassuming Danish documentarian has more than flirted with danger in search of political mystery: He's stamped on its toes. For his breakout film, 2009's The Red Chapel, he lied his way into North Korea to explore that nation's bureaucracy of inhumanity. In The Ambassador, he sparked an international furor by revealing how the black market in African diamonds is fueled by abuses of diplomatic immunity. For his latest film, Cold Case Hammarskjöld, he picked a seemingly harmless topic: the long-forgotten 1961 death of U.N. Secretary-General Dag Hammarskjöld in a plane crash in what is now Zambia.

The second ever U.N. secretary-general, President Kennedy called the Swedish diplomat and economist "the greatest statesman of our century." Yet not everyone shared that view: The Soviet Union despised him, while Western business interests and intelligence agencies feared that his belief in self-determination for Africa would sabotage their plans for post-colonial influence. Brügger compared Hammarskjöld's death to Murder on the Orient Express – "everyone had a motive for wanting him dead," so no one really wanted an investigation.

However, it was a 50-year-old mystery that intrigued Brügger, so much so that he spent much of the last decade investigating it. He said, "Hammarskjöld is a Swedish national icon, but in Denmark most people think of him as a bit of a bland and boring Swedish diplomat, which was my initial thought about him." However, as he started doing research, particularly into his efforts to define the United Nations as an independent body, his opinion changed. "I am basically a Dag Hammarskjöld nerd."

When it came to the crash, what Brügger thought would be a dusty historical document turned out to be the key to a vault of horrors: assassinations, racism, mercenaries, and a secret program so heinous that it rivals MKUltra's mind control experiments and the Tuskegee syphilis trials in its derangement. At the center was a mysterious South African group called SAIMR, which Brügger described as "weird and bizarre. It's like a combination of Hezbollah and Scientology."

As depicted in Cold Case Hammarskjöld, the continent-crossing multi-year investigation was rife with dead ends and false leads – so much so that Brügger came very close to giving up. He spent months tracking down one false lead after another, such as the plane being brought down by a bomb planted by Romanian assassins at the bidding of the KGB. "Having a journalist combing through the archives of the Romanian foreign service was very time-consuming and costly, and in the end it was a goose hunt."

What the documentary presents, insane as it sometimes seems, is supported by documentation and independent testimony; yet Brügger sees the film as the start, not the end, of uncovering what truly happened. Several of his sources have already talked to a new, ongoing U.N. investigation into Hammarskjöld's death, while Brügger has been in discussions with two foundations about what he discovered. Then next week the film will return to the scene of the crime when it plays at the Encounters South African International Documentary Festival in Johannesburg and Cape Town. "That will certainly stir up the aquarium," said Brügger, adding that he hoped the film will force the South African government to answer why, even post-Apartheid, files on SAIMR have been hidden.

Uncovering those truths took a toll on Brügger. After one vital interview, he said, "I was, frankly speaking, nauseous," and he began to hope that this key witness was either delusional or a pathological liar. "That's not what you would long for as a journalist normally," he added, but the years of legwork provided too much supporting and corroborating evidence. Stomach-churning as that quiet, simple conversation is, he said, "The way it interlocks with the narrative is something you simply cannot ignore."