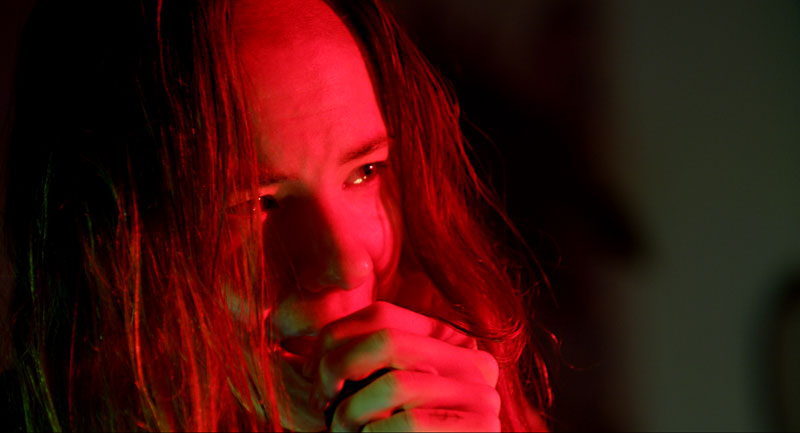 Some films have acknowledgments in their closing credits. Empty Metal has a bibliography.

"They're lofty goals," co-director Bayley Sweitzer explained when asked about the essays in his radical film, playing this weekend at Austin Film Society as part of Cine Las Americas International Film Festival. Since many of the concepts in Empty Metal are taken directly from polemics against contemporary society, Sweitzer and his creative partner Adam Khalil wanted to present audiences with their own version of a curriculum. "They're not super practical in terms of activism and resistance, which we like. It's very open-ended."

"Open-ended" is also an apt description of Empty Metal. Part independent drama, part blended documentary, it operates at the intersection of entertainment and the avant-garde, presenting audiences with a compelling story – three struggling Brooklyn musicians who are enlisted to assassinate a trio of infamous murdering cops – that resists conventional Western concepts of form and structure. As we are introduced to the mystics spearheading these coordinated acts of violence, the editing becomes disjointed, timelines are often conflated, and complex narrative threads are interwoven.

This anti-structure serves a specific ideological purpose. As an indigenous filmmaker, Khalil has used his work to expose new audiences to concepts of society held by indigenous communities: that traditions are not part of a causal chain but a series of practices that are constantly being re-evaluated. “In my tribe, we’re taught to think all of our actions are connected seven generations in the past and seven generations in the future,” Khalil explained, “which is a crazy temporal scale for political struggle.”

This conflating of the past, present, and future also forces audiences to consider the relative impermanence of the structures of power that affect Indigenous communities. Referring back to one of the essays that inspired him  – “Accomplices Not Allies: Abolishing the Ally Industrial Complex”  – Khalil pointed out that society as we know it has made acts of resistance illegal. “We don’t need allies. We actually need accomplices because any de-colonial act is inherently a criminal act.”

This tension between resistance and legality plays out in the film – and, perhaps more convincingly, in the underlying anger of its characters. The request that they adopt violence may come as a shock to some audiences; the prospect of murdering others feels like it should bump up against some absolute moral line, but for the filmmakers, the willingness of the band to consider pulling the trigger is a necessary part of societal re-evaluation. They put the burden on the audience to come to their own understanding of the musicians' actions and whether or not they are ultimately justified. "I don't think the movie is pro-violence, but I do think that in a lot of the times violence is taken off the table as an option, even though the other side has a monopoly on it," Sweitzer explained.

Empty Metal also blurs the lines between narrative and documentary cinema. Tragic police shootings are depicted through crude computer models, while archival footage provides voiceovers of disgraced officers justifying their fatal actions. Through it all, the band becomes more disillusioned with music as political protest, culminating in the world's most ubiquitous act of music video "resistance": two members of the band, holding their instruments in front of them as shields, filmed fighting off a water cannon wielded by paramilitary police forces. By Sweitzer's own admission, their goal was to create the "corniest, most emo-music, radical, punk-whatever music video situation we could."

All of which is just a small glimpse into the sociopolitical and artistic commentary contained in Empty Metal, but audiences willing to grapple with this complex material do not need to get it all in a single go. When asked what he hopes audiences will walk away with, Sweitzer comes back to the concept of form. "Just keep thinking about it," he offered. "Keep questioning the way movies are representing this kind of stuff."

Khalil echoed this sentiment. “It comes back to unlocking speculative political imagination and not accepting the limitations of the way the world looks right now as the way it always will have to be.”

A version of this article appeared in print on May 3, 2019 with the headline: Striking Back