New Documentary Shows the Beauty of the Border, and the Perils of a Barrier

The River and the Wall captures a wilderness without divisions 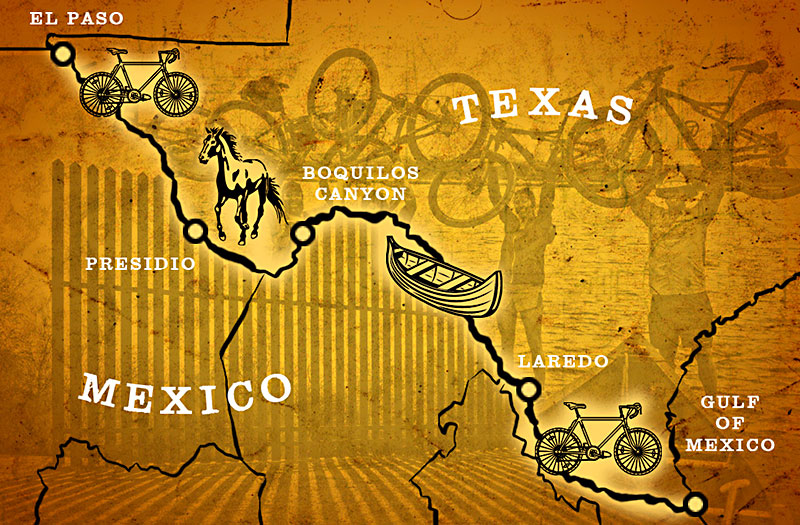 The idea of building a border wall between the U.S. and Mexico, from sea to shining sea, has been sold as simple. It probably is, if the border didn't go through cities and towns, through impenetrable thorny thickets, across dead-end box canyons, along whitewater rapids, at the base of a ravine deeper than the Grand Canyon, along snowy trails, through subtropical swamps and out into the Gulf of Mexico.

Set aside the politics of the border, of immigration, of law enforcement, and think for a while about what the U.S.-Mexico border is: one of the last great natural wonders of the Southern state, a wild and varied series of ecosystems, filled with a seemingly immeasurable amount of wildlife. With his new documentary, The River and the Wall, Austin-based natural history filmmaker Ben Masters and his team travel the whole length of the border – on bike, on foot, on horseback, in canoes, from El Paso to Brownsville via Big Bend National Park – to show this incredible environment, and highlight the impossibility, the needlessness and the potential irrevocable damage a border wall could do. "The Rio Grande is so much more than a black line on a map," said Masters, and that's why he decided to map all its complexities from the ground. "An adventure is a good way to dive into a complex and serious topic, because the audience can learn along with the characters, as the characters do the physical feat from point A to point B to find understanding."

“I wanted to capture those landscapes for the historical record, and to show people what we have right now.” – Ben Masters

That means the documentary (which won the Louis Black "Lone Star" Award at this year's SXSW Film Awards) shows the border itself, as well as the planned wall – and how distant they are from each other. "A lot of people don't even recognize that the wall's not going to be built on the border," Masters said. As the border technically follows the deepest channels of the Rio Grande, the planned wall will be on U.S. soil, much of it privately owned land, "in some places, close to the river, and in some places miles from the river."

Masters assembled a varied team for his expedition, each bringing a different kind of expertise. Jay Kleberg is the associate director for the Texas Parks and Wildlife Foundation; Heather Mackey is a field biologist and ornithologist; Big Bend area resident Austin Alvarado leads canoe tours down the Rio Grande river; while Filipe DeAndrade is an Emmy-nominated filmmaker with National Geographic. "We were all friends before we started the trip," said Masters, "and they all had different skill sets that made them valuable teammates."

Nature Doesn't Get a Vote 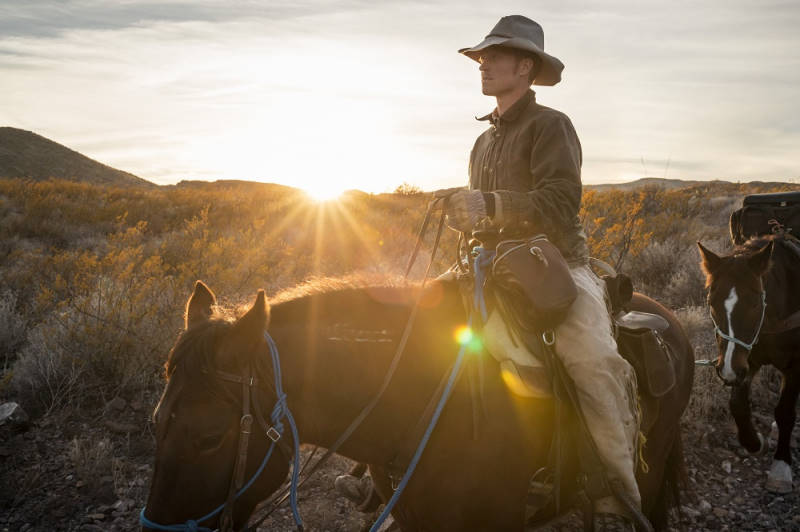 However, there weren't just Masters and his team out on the trail. Behind them was the support crew, headed up by producer Hillary Pierce, who admitted this was a change of pace for her. As a producer of A Song for You: The Austin City Limits Story and the Emmy-winning Tower, "the last two films I made were completely shot in Austin" – and, she added, Tower was mostly shot in director Keith Maitland's backyard, "so this was a whole new ballgame for me."

It was actually a mutual filmmaking friend, John Aldrich (who would go on to edit The River and the Wall), who introduced her to Masters. "He was working with Ben on some short films, and he realized, 'Oh, you and Ben have a lot of the same interests and the same passions, and you care about the same things. You ought to be working together.'" In 2017, she and Masters co-founded the Wild Texas Film Tour (combining shorts about conservation with speakers), "and while we were putting that together, Ben had the idea for this film."

Masters originally conceived of the expedition in the wake of the 2016 election, when then-candidate Donald Trump ran on the simplistic chant of "Build the wall." As a border resident, Masters knew that this was both pointless and impossible, but still knew the dangers that even attempting to build a barrier could pose to the environment. "Selfishly, I wanted to go and see it for myself before it could be changed forever by a wall. But I'm a filmmaker and photographer by trade, and I wanted to capture those landscapes for the historical record, and to show people what we have right now."

Most producers would immediately blow off the idea of a 1,200-mile, two-month filmmaking trek through the wilderness, but then Masters isn't most filmmakers. A wildlife management expert and natural history photographer by training, for his first film – 2015's Unbranded – he and three friends led 16 wild mustangs from Mexico to Canada. When he suggested what would become The River and the Wall, Pierce knew they had the resources and the crew to get it done, and also knew immediately she wanted to be part of it. "It's very rare that you get to combine some of my seemingly disparate interests, such as the environment and immigration. It's not often something that you find in one project, and it sounded like a fun challenge."

It's not necessarily the easiest film to categorize: While undoubtedly quietly political, it's also a startlingly beautiful nature documentary, and Pierce said that fans of Unbranded are coming back for the horses. "Then you've got the whole paddling adventure, hiking, riding, mountain biking crew." That's why the producers are distributing the film theatrically via Tugg, where ticket presales in often obscure markets can be enough to secure a screening. Pierce said, "This approach of reaching smaller cities than your typical markets [and] get the film in front of as many people as possible. ... It's always been a fun surprise to see the places that are responding that you wouldn't expect."

By educating audiences about the border, he hopes to help move the discussion away from just immigration, to a more serious and nuanced discussion about how to make the region more stable, more open, and also a better-regulated border. The film even suggests unifying the vast stretches of public land and conservation properties on both sides of the border into one vast binational natural preserve, much as Glacier National Park in Montana and Waterton Lakes National Park of Canada share soil and sky to become Waterton Glacier International Peace Park. Although some stretches of wall are already up, and the White House seems hellbent on constructing the rest (geography, geology, ecology, and landowners' rights be damned), Masters does not see the battle as lost. "There's so much focus on the border right now," he said, adding that even if more wall is built, "I'm fascinated to see whatever kind of silver lining comes out of this discussion."

Austin Film Society and The Texas Observer present The River and the Wall with filmmaker Ben Masters, UT professor of Mexican American & Latina/o Studies C.J. Alvarez, and Defenders of Wildlife Senior Representative Paul Sanchez-Navarro in attendance for a post-screening Q&A. Saturday, May 4, 3:30pm, AFS Cinema, 6406 N. I-35. Tickets at www.austinfilm.org. Tickets and info for the Tugg screenings available at www.theriverandthewall.com.

A version of this article appeared in print on May 3, 2019 with the headline: A Wilderness Without Divisions