Whurley, Physics, and the Strange Work of Quantum Computing in Austin

Is the world ready to take a quantum leap? 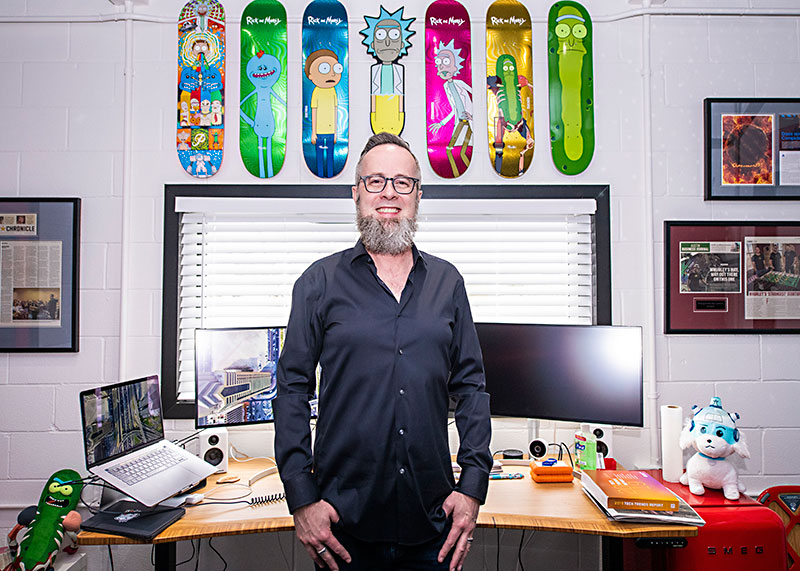 Because it shares a city block on Cesar Chavez with a hookah lounge and a hipster bar, you'd be forgiven for assuming the two-story building with the impressive "Strangeworks" sign is yet another trendy coffee shop. But you'd be wrong. It's actually a quantum computing startup with a name seemingly ripped from an H.P. Love­craft novel, tasked with creating tools that could remake the world.

Strangeworks is the brainchild of one William Hurley – or "Whurley," as he's known in tech circles – who once referred to quantum computing as this generation's space race. From the second floor of the office, standing more than 6 feet tall and sporting a gnarly beard, he takes pride as he shows off the company's boardroom and its single circular window, which also serves as the "o" in that sign outside. It required hydraulic drilling to install, but that's the kind of expense that tends to get prioritized when you're routinely giving tours to prominent regulators and politicians who are eager to understand the increased interest in the technology, both at home and abroad.

Basically, quantum computing is a partially theoretical computing architecture that will make it possible to process massive amounts of data and calculations that typically can't be done (or done easily) with classical computing. Put another way, quantum computing is more powerful, and could pave the way for lots of exciting capabilities, including extremely accurate global weather forecasting, optimizing risk factors for financial portfolios, formulating more effective pharmaceutical drugs, designing more efficient solar energy panels, and so much more.

Whurley's goal is to make quantum computing accessible to everyone. (He even published a children's book about it, Quantum Computing for Babies.) That's easier said than done, despite the term being regularly thrown around in various sci-fi movies and TV shows.

"Marvel's Ant-Man and the Wasp was all 'quantum this, quantum that,'" Whurley recalled. "Actually, my favorite scene in that movie is when they're all talking about scientific stuff, and Ant-Man says, 'Do you guys just put quantum in front of everything?' And it's like, you're right, it does get brushed aside [as a generic term]. But it's important that it doesn't. Because quantum is going to change not just computing, but also science, dramatically."

From Taser Drones to String Theory

Whurley may be best known as the guy whose company outfitted a drone with a Taser during SXSW, or the guy who rolled offstage at his TEDx Talk on a mind-controlled skateboard. But beyond the quirky headlines and the office filled with Rick and Morty and Doctor Who merchandise, he has a proven track record of success. A veteran of Apple and IBM, he's been behind a series of recognizable startups, such as creative development firm Chaotic Moon, small-business retirement savings planner Honest Dollar, and the newly launched venture firm Ecliptic Capital.

His interest in quantum came after attending a conference in Japan in which he made the connection that in the early days of computing, you had to be an electrical engineer to program a computer because you had to understand the flow of electricity between the gates. Similarly, developing quantum software seemed to require an understanding of quantum theory. "I just thought, man, what a waste of a technology – that you would have something so powerful that you could cure disease, improve material science, make air traffic/travel safer, and optimize everything from growing to shipping food ... and then to realize there's going to be such a finite group of people that can use it for the next however-many years?"

He announced the founding of Strange­works, along with its $4 million seed investment, at SXSW 2018. It's still small – only 11 employees, mostly developers and engineers. This middle ground between scientists and software developers is vitally important to the future trajectory of quantum computing innovation, according to Whurley. "I couldn't take a crash course [on these topics] and pronounce, 'I'm a physicist,' any more than [physicists] can just download a Python toolkit and then become software engineers," he said. "If I dropped a 10 million [quantum bit] computer in the middle of San Francisco or New York or Tokyo or wherever, there'd be nobody right now who could program for it. There's not a quantum workforce."

The Business of Quantum

Even if there is no workforce, and no clear revenue stream, there is, however, a quantum industry. China, for example, is investing $10 billion in quantum computing, with many other countries not far behind. Intel, Microsoft, Google, and IBM are all making significant investments into the field, while a new crop of startups – IonQ, Rigetti, D-Wave, and Q-CTRL – focused on quantum hardware and software have emerged. But Whurley doesn't see Strangeworks as a standard startup, to be built up and flipped on the market. "It's a really long-term play for us. Everybody here is living and eating and breathing this every day." By the same token, most other early stage companies "aren't being sought out by people on the Senate [Armed Services] Committee or the Commerce Committee."

To clarify, Strangeworks isn't building its own quantum computer, nor is it attempting to make huge scientific breakthroughs in the field. Instead, it created a hardware-agnostic platform that a wide range of developers can use to build and test quantum software and connect with a community of peers. It's also where you can gain access to quantum computers, or just run simulations based on them. Last month, it launched QuantumComputing.com as a hub for quantum developers, as well as its platform, still in beta. Its Stack Overflow project's community of developers has also grown significantly over the course of a year (from zero to more than 5,000). While declining to share details about clients, Whurley is keeping the focus right now on four key industries – aerospace, energy, finance, and pharmaceuticals – where he expects quantum computing power will have the biggest impact.

A quantum computer in the hands of any powerful organization would obviously be an advantage, but a breakthrough wouldn't immediately lead to all classical computing being replaced by quantum computing, aka quantum supremacy. "We've heard this before. When personal computers came out, governments all over the world said people are going to be able to break encryption from home. This argument is just so tired, and [is cited] every time a new bigger, better processing technology comes out."

Theoretically, quantum computing can break modern encryption – a concern Whurley called valid, but also often blown out of proportion. "Somebody builds encryption methods. Somebody breaks [them]. We build another one. And if you do a Google search, there's already tons of what are called post-quantum encryption projects."

Fearmongering aside, there is plenty of incentive to drive further activity in quantum computing, he said. But for now, Strangeworks is focused on making sure anyone who wants – and can afford – to participate in building a quantum future can do so.

A version of this article appeared in print on April 19, 2019 with the headline: Quantum Leap? 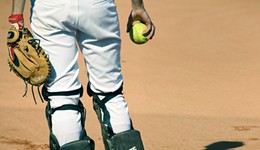 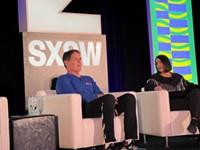