Now Streaming in Austin: "Angus and the Boys" 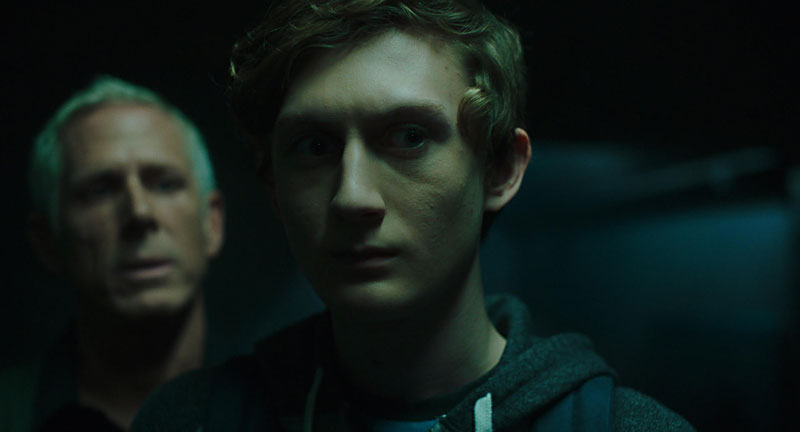 It's always the quiet ones. Take Angus, the central figure in Austin filmmaker Sam Cooke's short thriller "Angus and the Boys." Cooke said, "Angus has soft hands. He's never hurt anyone directly in his entire life, and he just has this ability to manipulate people in this very overwhelming way, without scruples."

The crime tale (shot in the Aristocrat Lounge and the back storage room of Juan in a Million, and now streaming on Vimeo) follows a young man called Harlan (Arthur Dale) who walks in on his elder brother Eddie (Bret Finholt) and his dark, violent connection to Angus (Reynolds Washam) – a crime boss who coerces and coaxes young men to do his dirty work for him. While it's told as a stand-alone tale, it's also a prequel for another Cooke project, a feature script called A Gang of Orphans. In that, Cooke said, "Harlan's in his mid-40s and he's left this life of crime, but he's drawn back into Angus' world."

When Cooke first considered a prequel, he thought it would be about Harlan, and be set hours or days before the feature. However, as he started writing, "I realized that I was curious about Angus and how he operates, so I decided to rewind a couple of decades." Cooke realized the refocused narrative depended on casting the right Angus ("He has to walk into a room and immediately own it, without any effort"). So even though this was a small-budget short, the producers hired casting director Sarah Dowling, and she found Washam, who projected Angus' blend of charisma and menace. "As soon as we saw Rey," Cooke said, "we knew we had our guy."

"Angus and The Boys" Short Film from Joe Simon on Vimeo.