Tracking the Next Big Things at SXSW Gaming

Beyond playtime: where the developers and designers will be at SXSW 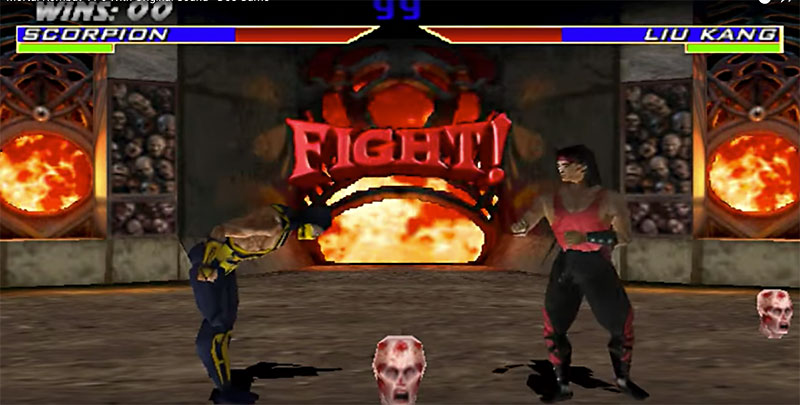 Remember when Mortal Kombat was going to destroy civilization?

Gaming in 2019 is bigger and more culturally relevant than ever before, with hundreds of millions – if not billions – of people regularly coming into contact with games and the communities surrounding them. But this is also a period of rapid, unpredictable change, with a dazzling array of new technologies and trends competing for audiences' attention. With the rise of game streaming, video streaming, indie development, e-sports, virtual reality, augmented reality, and the looming presences of Google and Facebook throwing their hats into the ring, it feels impossible to guess what's going to be the Next Big Thing. Will there even be a Next Big Thing?

Rather than prophesizing where video games are going to end up, the most promising sessions at SXSW Gaming this year aim to address the growing pains the industry is facing on the way there. Sometimes, it pays to stop, take a deep breath, and focus on what we can make better in the here and now.

Friday, March 15, 12:30pm, ACC Room 8C
Is making games more an art or a science? While games require an outpouring of creative and artistic effort from developers in order to truly shine, they're also computer programs, which involve data, variables, input, and all that jazz. Celia Hodent is well-acquainted with the more technical side of game dev. As a psychologist, she has done consultant work in user experience (UX) for several games (including an obscure shooter no one's ever heard of called Fortnite). In this panel, Hodent will explain how development teams can use the principles of cognitive science to improve how players interact with their games.

Friday, March 15, 2pm, ACC Room 9C
Games are a relatively young medium that has traditionally appealed to relatively young people, while government is a very old institution headed up and supported by lots of much older people. These conditions have made gaming a scapegoat of choice for politicians. What better way to distract older voters from the deep-rooted causes of social problems than to attack a medium they don't personally enjoy or understand? Culture warriors using video games for their own motives is nothing new, but the moral outrage has evolved since the days of Mortal Kombat, Night Trap, Doom, and Grand Theft Auto. A panel of industry advocates will discuss government intervention and censorship in gaming around the world, and how you can inform yourself on the issues and make a difference in the voting booth.

Friday, March 15, 4pm, Discovery Stage @ ACC Exhibit Hall 2
When Ireland-to-U.S. transplant Danny O'Dwyer left his dream job as an editor at major gaming website GameSpot to strike out on his own in the world of games media, he could have taken the easy route. He could have capitalized on his name recognition and made a quick buck by churning out the lowbrow, disposable "content" that dominates YouTube and Twitch these days. Instead, Danny chose to use his industry clout to embed himself within gaming studios in order to produce some of the most insightful, well-edited, and visually striking documentaries ever made about the game development process. In a climate where thoughtless fans can remotely berate or even threaten "lazy devs" for not working hard or fast enough, O'Dwyer and his Noclip video series make the case for understanding and empathizing with the people who make our favorite games.

Saturday, March 16, 11am, ACC Room 8C
Ask someone to picture a video game fan, and they'll probably conjure an image of a young, white, straight male (probably hunkered down in a basement surrounded by empty Doritos bags and bottles of Mountain Dew). But this stereotype only applies to a fraction of the gaming audience these days: Almost half of all players are female, and gamers are more racially diverse than ever before. However, the demographics of the gaming workforce hasn't caught up with this reality yet. Halo franchise vet Kiki Wolfkill and industry advocates Manuel Delgado and Anastasia Staten will discuss how the industry can change to better reflect the audiences who play its games.

Other panels to pay attention to:

So, You Want to Be a God? Building Virtual Worlds


Don't Knock It Off! IP Issues for Game Developers