Tackling Inherited Trauma in SXSW Film Mickey and the Bear 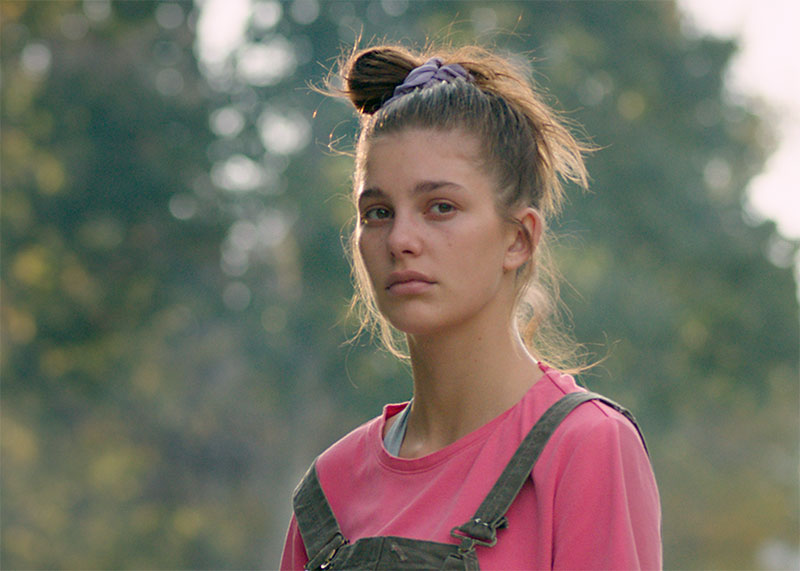 As Mickey and the Bear opens, Mickey Peck cycles through the early morning routine familiar to most heads of household: divvying up meds and frying up eggs while calling out for her charge, the unseen Hank.

A rap on the door by the police, however, soon reveals that Hank is neither partner nor child, but a father in need of collection after spending the night in jail for driving under the influence – an occasion proven all too familiar by Mickey's blasé utterance to the officer: "I'll get my shoes on."

In her debut feature, actor-turned-writer/director Annabelle Attanasio chronicles the seemingly loving yet unpredictable relationship between Mickey (Camila Morrone) – a high school senior in remote Anaconda, Mont., with dreams of attending college in San Diego – and her widowed, Marine Corps veteran father (Hold the Dark's James Badge Dale), who spends his days engulfed in an oxycodone, boozed-out haze at their shared mobile home; Attanasio described the pair as "thick as thieves" and also the source of each other's codependent tendencies.

The eldest of three siblings, Attanasio drew heavily from her own experiences taking on the responsibility of her family's emotional weight. As a kid and teenager with a family background she called "volatile," she says, "I was kind of oscillating between the feeling of tremendous pride for taking that weight on, but also tremendous guilt."

Similarly, Mickey shoulders one burden after the other for Hank: hiding his guns every night out of fear of him ending his own life – or perhaps even others' – and stealing a prescription slip from the V.A. psychiatrist (Russian Doll's Rebecca Henderson) lest she face the wrath of an opioid addict without a fix. Though Attanasio insists Hank's underlying addiction narrative "is not at the forefront" of Mickey's themes, she couldn't ignore it when developing his background as an injured vet. "I couldn't tell the veteran's narrative in 2018 without including the addiction narrative and the opioid narrative." Hank's far from an upstanding father, but can you really blame him? "He's failed by the system that really claims his support to him," said Attanasio. "He served his country, and look how it pays him back."

“Young girls and young women are taught that martyrdom is the only way to be a woman.” – Writer/director Annabelle Attanasio on the burdens of Mickey (Camila Morrone) in Mickey and the Bear.

Attanasio's inspiration to write Hank's veteran storyline emerged when she discovered parallels in how partners and children of Iraq and Afghanistan combat veterans – sometimes injured, often experiencing PTSD, and prescribed "irresponsible amounts of opiates" – inherit their trauma as well. She explained, "On one hand, it's your responsibility to fix things, but on the other hand, it's such a larger, systemic problem that it's totally out of your hands, and you can feel totally hopeless and totally microscopic in this huge failing system."

For Attanasio, what she sees as Mickey's "martyr syndrome" is hardly the stuff of fiction. "I think young girls and young women are taught that martyrdom is the only way to be a woman and [that to be] an ideal, upstanding human is to be somewhat subservient and to live your life in service to your partner, husband, and children," she observed. At the outset of the film, Mickey is "somewhat numb" to those entrapments. "She's like, 'This is my life. I live in service to my father. I love him. I would do anything for him because he would do anything for me. He's all I have.'"

Mickey and the Bear