Robert Rodriguez Returns to His DIY Roots With Red 11 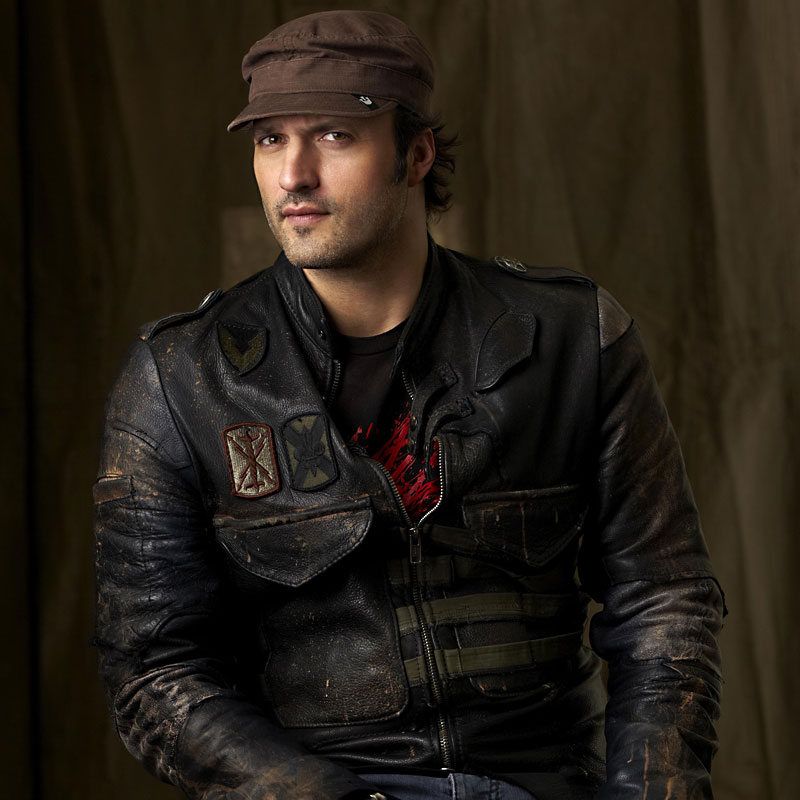 You're making the biggest movie of your entire life, a massive melding of CGI and practical sets with a budget that could run a small country. So what do you do in those rare moments you have to yourself? If you're Robert Rodriguez, you make the smallest film of your career. He explained, "You've got to keep busy."

With his long-awaited sci-fi epic, Alita: Battle Angel, still in cinemas, this coming week at SXSW Rodriguez will debut his other new feature, Red 11, a movie he shot in 14 days with none of his high-budget tricks, and basically just family members for crew. "I'm back to my old tricks," he said. "People asked me, 'Now that you've worked with a big crew, do you think you'll ever go back to operating your own camera again?' 'Oh, I was just my whole crew again.'"

Think of it as Rodriguez's career coming full circle. In 1991, Rodriguez headed to Mexico with $7,000, a borrowed camera, and a script for his first feature, El Mariachi. The rest, as they say, is cinematic history, and Rodriguez famously wrote a DIY filmmakers guide/production diary about the shoot that established his career, titled Rebel Without a Crew.

In 2012, Rodriguez co-founded his own TV network, El Rey, and had an idea for a show, also called Rebel Without a Crew: Give five filmmakers $7,000 (his El Mariachi budget, no adjustment for inflation), and they would make their own features. However, this wasn't a case of a general sending the troops into the trenches and resting comfortably at HQ. Instead, Rodriguez would get seven grand and have to make his own film as well, while being shadowed by a documentary crew, "as a series version of what my book was. In my book, though, you couldn't see what I was doing, but seeing is believing. When you see what we make, and showing you how it's done, then a lightbulb will go off, and you'll go, 'Oh, wow, I can go make a movie by myself.'"

It's not just the Rebel Without a Crew project that's looping back around for Rodriguez. The script for Red 11 is a backward glance, inspired by the unconventional funding mechanism for El Mariachi. Back in 1991, Rodriguez was part of a series of paid residential clinical trials, and Red 11 is a dark thriller about a young, broke filmmaker in a series of ... paid residential medical trials. "It was my oldest unmade story," he said. "I started writing in '93, based on my experiences in the medical research hospital where I wrote Mariachi. So the 'snake eating its tail' element was too good to resist."

The real takeaway for Rodriguez is that everyone has an excuse to not make a film – even him. "It's the opposite of my El Mariachi days. [Then] I had a lot of time but I had no money, because I was a college student. Now I could go make the movie for a larger budget, but what I didn't have was time. It was a struggle, but I thought, hey, it would be good for me to do it, because this is the worst time to do this movie – but that's just how life is. You're never going to have time. You're never going to be ready. [But] it reminds me of what the beauty of making these super-low-budget films is: You're building and designing the story, but while you do it, you're building your own life story."