Women used to be an afterthought in professional wrestling: not anymore 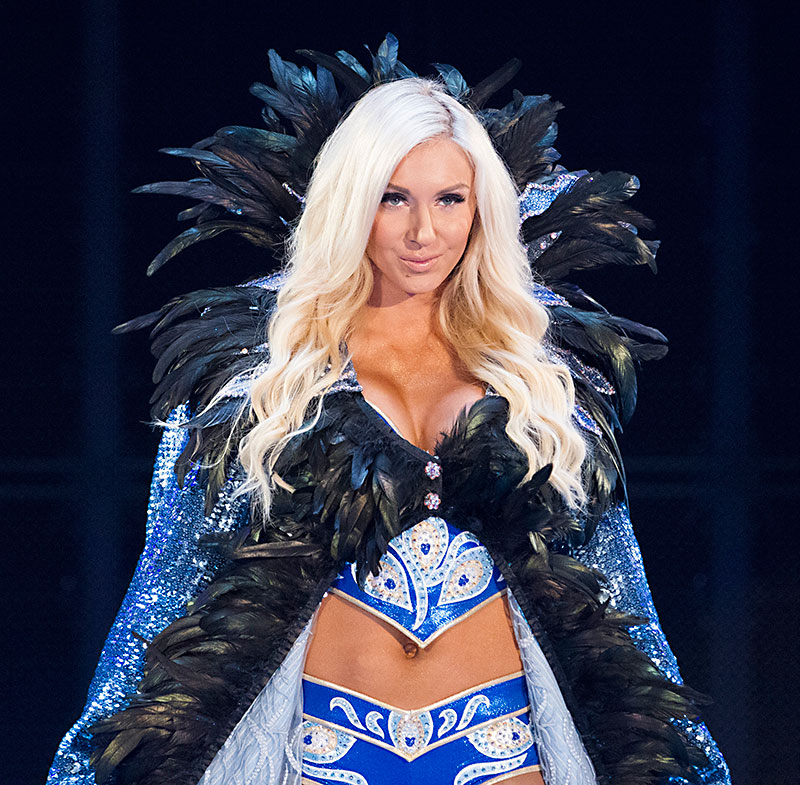 Charlotte Flair is on the road. That's what she does, 200 to 300 nights a year, traveling from town to town, show to show, but this time, it's a non-work-related trip. "I'm driving to Atlanta for my father's surprise 70th birthday party," she explained.

But her dad isn't just anyone. He's Ric Flair, the stylin', profilin', limousine riding, jet flying, kiss-stealing, wheelin' 'n' dealin' son of a gun – to many, the greatest professional wrestler who ever lived. A decade ago, there was no way his daughter could have picked up his mantle. Not because she didn't have it in her, but because the wrestling industry saw women as an afterthought, just cheesecake and distractions. Female professional wrestling was actually illegal in New York state for decades, and the industry moved on like the only women in the building were moms acompanying their preteen sons.

“I’m arguably the most hated superstar at the moment.” – WWE superstar Charlotte Flair is helping change expectations about women wrestlers.

But 10 years is a long time on the ring, and this April Charlotte Flair looks set to break wrestling's thickest glass ceilings: becoming the first woman to main-event WrestleMania, the single biggest show on the global grappling calendar. "I want to say it's hit me, but it hasn't yet," she said. With another pay-per-view, March's Fastlane, plus weekly TV shows and live house shows to go, WrestleMania seems a long way away; yet she still appreciates how the industry has changed. "Just the fact that the women are the hottest topic right now – and I'm arguably the most hated superstar at the moment – is exciting. I sometimes sit there thinking, man, how hectic it was getting used to the schedule and being on Raw and SmackDown, and just thinking, 'Wow, I made it. I'm on the main roster.' And now to think where I am, it's been an incredible journey."

During SXSW, she'll be exploring those changes with WWE CBO (and sometime wrestler) Stephanie McMahon and Executive Vice President of Talent, Live Events & Creative Paul Levesque (aka 14-time world champion Triple H). The WWE is not alone in this women's evolution: the industry as a whole is giving women a more equal footing. When Ring of Honor, the second-biggest promotion in the U.S., crowned their first-ever women's champion last year, the TV announcing team apologized on-air for taking so long.

But it's a lightning-in-a-bottle moment for the WWE, with Flair part of pro-wrestling's hottest feud. That hate she talked about, that's a positive: she's the entitled heel, the legacy wrestler. She's chasing the women's championship, currently held by former UFC champion Ronda Rousey. In her way is Becky Lynch, the bloody-nosed babyface (wrestling parlance for the good guy), who many see as this era's Stone Cold Steve Austin.

The change didn't begin in the WWE's main roster, but instead in NXT. Think of it as WWE's farm league, a place for experimentation: down there, alongside Lynch and current WWE Women's Tag champions Sasha Banks and Bayley, Flair was one of the Four Horsewomen, and they tore the house down every night, while the women wrestlers on the supposedly bigger shows, Raw and SmackDown, were lucky if they got TV time. Flair said, "Being with a group of women who were so hungry, and worked so well together, and then watching the women [on the main roster] not have the same opportunities. And then the women on the main roster seeing the women on NXT getting these opportunities like main-eventing [the NXT-branded PPV] TakeOver, main-eventing live events, and getting the buzz around, not having two-minute matches, but having 20-minute matches. It elevated everyone's game."

Main-eventing WrestleMania this year isn't the end of the road. For Flair, it's just the next phase, and she's itching to see who will challenge her for next year's main event, and the year after, and the year after that. She said, "I want the new girls to come up and say, 'Hey, I want your spot.' I'll say, 'Try me.'"

The Women's Evolution in WWE and Beyond

Saturday, March 9, 2pm, ACC;
WWE Lounge, March 8-10, 11am-6pm, fourth floor, JW Marriott. Come find out more about the world’s biggest professional wrestling promotion, and maybe meet a superstar.
A version of this article appeared in print on March 8, 2019 with the headline: Queen of the Squared Circle