Bow Down and Pay Up for J.R. “Bob” Dobbs and the Church of the SubGenius

The power of slack compels you in this SXSW documentary 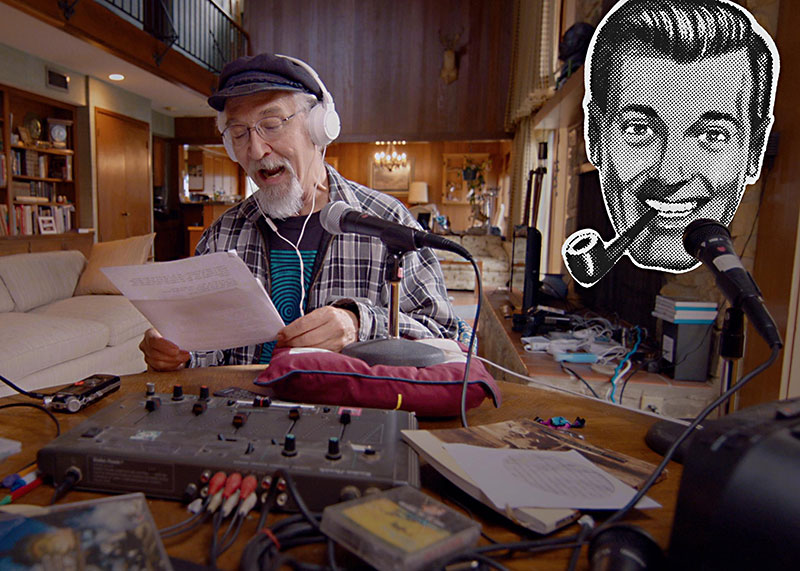 Before there were noodly appendages, there was Bob Dobbs and the Church of the SubGenius

Hey, friend, do you have slack? Do you know Bob, the one true Bob, the Bob that is J.R. "Bob" Dobbs?

Welcome to the Church of the SubGenius, a fake religion that knew it was bogus, a faith with arbitrary rules that were designed to be impossible to interpret, and adherents that were (mostly) in on the joke. And above it all, the mythical Bob Dobbs, a messiah of unknown provenance. Where exactly did that strange figure, the proto-atomic family father, the Ward Cleaver of the Illuminati appear from ....

"I have the great-grandfather of all reproductions of that image hidden away," said the Reverend Ivan Stang (aka Douglass St. Clair Smith), who literally clipped it from a yellowing book of clip art.

Well, maybe not the first fake religion. Stang said, "Peter the Great founded a form of the Church of the SubGenius in the late 1500s, called the [All-Joking,] All-Drunken Synod of Fools [and Jesters]. It was a takeoff of the Russian Orthodox Church, and in those days the only person that could get away with doing that, and not got executed, was the czar. And he was only 17 years old when he did that." Then there were the Discordians, "but we were more organized than them," said Stang, "but maybe not as organized as the Flying Spaghetti Monster kids. But I think we've got staying power, because the picture of Bob is somehow eternal. It's so stupid looking that it makes it so lovable. But, of course, to me, it's somewhat sinister, because I've seen it take over people's brains. And I've seen it tattooed on their flesh."

Birthed in Texas but spreading globally, the Church of the SubGenius was Dadaism resurrected, a commentary on evangelical mystical nonsense. Yet SubGenius was also a portent of times to come. Bob was a meme before there were memes; the ideas were viral like ebola. It was the ultimate cool club, with its books treated like holy texts in Eighties and Nineties counterculture, snapped up from bookstore shelves on the rare occasions they were sighted. "You should have just ordered them from us," said Stang. "They're autographed that way."

The church's members were a who's who of Eighties creatives. An admission: Many founding and early staff of the Chronicle were SubGeniuses, but so were filmmaker Jonathan Demme, David Byrne of Talking Heads, Paul Reubens (aka Pee-wee Herman), and Mark Mothersbaugh of Devo. Stang said that he'll have 45-year-olds come up to him and say, "'Oh, SubGenius, Hour of Slack, I used to listen to that in high school.' Well, it's still on. You can still listen to it, and it's a lot easier now, because everything is on the internet. And it's making everyone dumber and dumber and dumber."

Oops! An earlier version of this story referred to Mark Mothersbaugh as Mike. Apologies for the error.

J.R. "Bob" Dobbs and the Church of the SubGenius

Sunday, March 10, 3pm, Atom Theater at ACC
Tuesday, March 12, 9pm, AFS Cinema
Wednesday, March 13, 8pm, Zach Theatre
A version of this article appeared in print on March 8, 2019 with the headline: The Power of Slack Compels You!