The word "varsity" nestles in the American psyche alongside vivid, sporty imagery of grass-stained uniforms, letter jackets, and screaming bleachers; but faculty at Concord­ia University are banking on the term taking on a new association in the near future – the dark, quiet intensity of e-sports.

The 21st century spectator events, involving teams of high-level players competing in video game matches (sometimes with prize pots of millions of dollars on the line), is already a popular club activity on campuses nationwide. However, the small, private college is taking the unusual step of organizing Austin's first varsity e-sports program, complete with scholarships, a full-time coach, and an official arena. "I'm really proud that Concordia has embraced the future," said Director of Athletics Ronda Seagraves. "[The university] has recognized that we could be proactive, not reactive, with this, and we're going to do it the right way."

In 2017, Seagraves was charged with finding potential growth areas for the school's athletics program without breaking the bank. The budget-friendly nature of e-sports is what first brought it up as a possibility. "At first, we kept joking about it," Seagraves said. "We thought, 'Oh, this is not a real thing.' As time went on, it came to the forefront really, really quickly."

Another Concordia staffer in on the joke was Marc Valdoria. A lifelong gamer, he was part of the university's marketing team when discussions started: Now he'll be the e-sports program's first head coach. Valdoria said, "From that one small joke, 'e-sports is coming to Concordia!' and the next thing you know, [Seagraves] reached out to me about the program to see if I'd like to spearhead it."

University executives approved the plan last fall, and since then Seagraves' team has been working out the logistics for the new program, including on-campus spaces for the e-sports team's practice space and arena. It's actually an existing area that will undergo renovations starting in March to adapt to the team's needs – an improved electrical system and internet access, high-end gaming PCs, and upgraded air conditioning to account for the heat from scores of computers.

As for the players, Valdoria is putting together a team focusing on Blizzard Entertainment's shooter Overwatch and Riot Games' popular League of Legends. The scholarships being offered, about 10 for the first year, ranging from $5,000 to $18,000 per student, should help attract some of the best and brightest to the fold. Valdoria will review video recordings (and even join matches with potential recruits online) to find players with the right qualities. Program recruits will have more to focus on than gameplay. Team members, like any varsity athletes, will have commitments to live up to that include team practices, video replay reviews, scouting reports, and even minimum academic requirements and drug testing. "What I'm looking for is a team-first player," he said. "Have good communications. Keep your cool. Good game sense, knowing your position on the map, knowing how much life you have left, or how much your teammates have. ... All these little things add up."

Valdoria isn't just seeking out gaming whizzes to come on board. The program is also accepting applicants for non-player roles, such as team analysts and social media handlers. Concordia believes that these students and everyone else involved in the program will be able to take away more from their experiences than just a few victories. "Whether it be on the academic side or in the e-sports arena, [they're] going to be able to take their skills and move on," Seagraves said. "It's a $1.5 billion industry right now, and these are the trendsetters who are in gaming on the front end."

A version of this article appeared in print on February 8, 2019 with the headline: Varsity Sports Go Digital 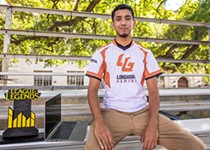 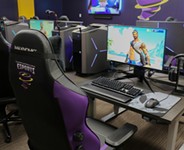