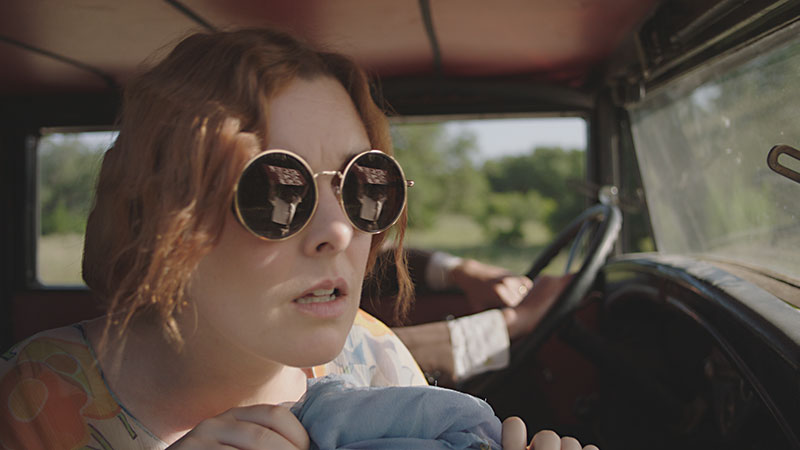 Headed to Utah? Look out for some Austin filmmakers and ATX-linked films at Sundance and Slamdance, the twinned film festivals in Park City. First up, Sundance (Jan. 24-Feb. 3) hosts the world premiere of Sister Aimee, a fictional version of the brief and mysterious disappearance of of proto-mega-evangelist Aimee Semple McPherson. Shot in Austin, it stars Anna Margaret Hollyman as Sister Aimee herself (see "In Production: An Austin Love Letter to L.A.," Sept. 28, 2018, for more on the bizarre story). On the documentary side, Ivete Lucas makes her feature debut with Pahokee, about high school seniors in the Florida Everglades, while UT-RTF grad Cristina Ibarra (class of 1997) has The Infiltrators going undercover inside immigrant detention facilities. Sundance also snagged the world premiere of Raise Hell: The Life & Times of Molly Ivins, documentarian Janice Engel's look at the legendary Texas journalist and columnist (plus a special shout-out to honorary Austinite David Lowery, whose Dallas-based Sailor Bear Productions screens its supernaturally-tinged Light From Light, starring Jim Gaffigan). Also, watch for three short films: "Everything You Wanted to Know About Sudden Birth* (*But Were Afraid to Ask)" in documentary shorts; Loves Her Gun director Geoff Marslett's animated short, "The Phantom 52"; and Renee Zhan's "Reneepoptosis." Meanwhile, down the road at Slamdance (Jan. 25-31), Austin Asian American Film Festival interim Executive Director Tim Tsai hops on the red carpet for the world premiere of his feature directorial debut, Seadrift. The Austin Film Society-sponsored documentary recounts the explosion of racial violence against Vietnamese fishermen in the Gulf Coast town of Seadrift, Texas, after the murder of Billy Joe Aplin, a local crabber, in a bar fight (a story originally covered by Ivins, coincidentally, for The New York Times). nick scarpino in Waiting For The Punchline

Bipolar disorder is one of the most damaging mental illnesses, and Austin audiences got a brutal and honest look at its devastating effects earlier this month in a pre-screening of A Fine Wife, the debut documentary by musician-turned-filmmaker Randy White. The film covers the ecstatic ups and horrifying downs of his marriage to Michelle White, who was misdiagnosed for most of her life and self-medicated with a range of drugs until finally committing suicide in 2015. The film was constructed by White from home movies and video he shot as a record of her erratic and often dangerous behavior. During the post-screening Q&A, White (a self-described Texagonian, having moved from Portland to Austin after Michelle's death) said that he gathered the footage "so that I would capture the reality of it, be able to present it back to her and say, 'What the fuck?'" He called the film "a training guide" to recognizing what living with someone with bipolar disorder is like, so that other families won't suffer in the same way his did. He said, "This story is not unique. This story has happened millions of times to millions of different people."