Finding The Wrong Todd at Other Worlds Austin The old adage of "write what you know" may seem tough to apply to dimension-hopping science fiction. Yet when writer/director Rob Schulbaum started scripting The Wrong Todd (screening this weekend at the Other Worlds Austin SciFi Film Festival), the story had some oddly personal roots. The genesis of the sci-fi comedy – starring Jesse Rosen as both lazy loser Todd and his far more motivated, alternate-dimension analog – was when Schulbaum was considering whether to move from L.A. to Rhode Island with his then-partner, now-wife. He called it "a way of sussing out the dilemma. It was a little bit of a cheat, having an evil twin from a parallel universe, but it was representing the duality I was feeling."

Austin Chronicle: You were an editor on Family Guy for nine years. These days, it seems like working on a big animated show is a sinecure, because they'll never die.

Rob Schulbaum: It's the best paycheck you could get, which was also why it was hard to leave. And Seth [MacFarlane] is a role model to me. But you get comfortable because of that, and I knew I would never do anything else if I didn't force myself to.

AC: What were the biggest filmmaking lessons you learned there?

RS: I learned a lot about screenwriting and storytelling and what it takes to put a story together, but I think what I learned most of all was the anatomy of a joke. The biggest influence was timing, and what it took to achieve that timing. Watching the writers and directors parse over a scene and saying, "Add a frame here," or, "Add three frames here," it could make it work or kill it. It's also tough to know a good editor, because if they're doing it right then they fade into the background. So if I'm going to toot my own horn, I think that's why editors tend to make great directors – they can see it as they're putting it together.

AC: The Wrong Todd revolves around a transdimensional transporter in an RV – not exactly your regular mad scientist's lab.

RS: If it was just in a lab, then everyone would be coming to the same lab, and there would be no way to have these comical misunderstandings. Also, buying a grody RV and filling it with all that stuff was a nice way to use our small budget for some production design.

RS: We knew that the sci-fi elements had to fade into the background, for a couple of reasons. One, we had a very small budget, and we knew we weren't going to be able to afford flying cars in one universe, or something crazy like that. The other is that we wanted it to be a character-driven story, and we didn't want people to get bogged down in the details. I obsessed over the logical fallacies, like with the RV. Are they the same RV? Are they different Technicians? And at the end of the day, we decided that we were just going to do whatever felt authentic to the characters. People will be very forgiving of the story if they're engaged with the conflict that the characters are going through.

AC: It helps that the only character who knows what's going on is the Technician (Derek K. Moore), and he has no interest in telling anyone else.

RS: In terms of the story, it's really not necessary to know why he's doing that or how people find him, although it seems to be fun for audiences to speculate. I've had a number of people come up to me after a screening and go, "So here's my theory on the Technician."

The Wrong Todd gets its Texas premiere at Other Worlds Austin, Sat., Dec. 8, 7:30pm at Flix Brewhouse. More details and info at www.otherworldsaustin.com.

A version of this article appeared in print on December 7, 2018 with the headline: My Own Worst Enemy 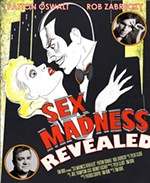 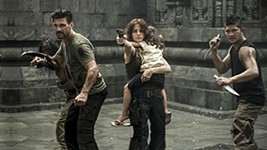