The city is the star of the recent AFS film series 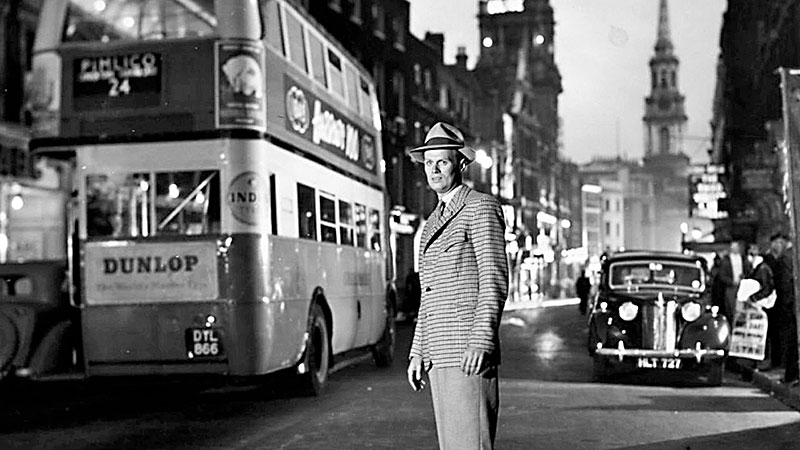 Into the night: Richard Widmark in Night and the City, part of AFS' Noir Canon

The need to return to the most essential noir over the years is a justifiable impulse. Idiosyncratic directors would manipulate archetypal figures in a war-torn labyrinth with such particular, minute shifts that the wealth of offerings from the studio system became overwhelming. But these riches inevitably forced aside a slew of cynical gems that aren't always given the attention they deserve.

This has been rectified for moviegoers with Austin Film Society's Noir Canon, an ongoing retrospective that curates the genre's most essential work, no matter its prominence. It remains one of the organization's greatest gifts for those seeking the pleasures of hard-boiled figures and the fatales that revel in their undoing. Moreover, this series has consistently provided the community – mostly in 35 mm – with a palpable sense for how the genre can look and operate in locations that span continents.

Take noir-master Jules Dassin's Night and the City, a British noir set on location in London that utilizes its landscape to plunge its leading man deeper into his own abyss. The through line here isn't the story of a sad sack who manipulates everyone in sight, but how vastly different environments can be utilized for a singular purpose: to peer into a world that is darker than its shadows. The farther con man Harry Fabian (Richard Widmark) weaves through the back alleys and docks, the more fully his lies are realized, as if the environment itself is coinciding with his fate. London isn't the first city that comes to mind when thinking of the genre's look, but Dassin makes this a non-factor. Much as they did in the Big Apple two years earlier in The Naked City, structures loom with a pitch-black texture and shadows stretch across every conceivable surface.

The rest of the series – Orson Welles' Touch of Evil, Edmund Goulding's Nightmare Alley, and Howard Hawks' The Big Sleep – spans thousands of miles, confirming that no shape, big or small, is out of reach for the genre's seedy function. The Mexican town we see in the opening tracking shot of Welles' masterpiece notes a communal vibe particular to its setting (while breathlessly implementing one of the all-time greatest ticking-clock scenarios), and Hawks' lighter telling of Raymond Chandler's novel features a Los Angeles that is uncharacteristically embraced by its wisecracking star. But the further the respective narratives unfold with deceit, lust, and stifling cigarette smoke, the more clarification is given to a rotted heart that finds itself beating under any rainy corner of the globe.

Hawks' characters couldn't exist in Dassin's world, and the corrupt police captain in that Mexican town (played by Welles himself) could only flourish with that bulky director at the helm. But the emotional aftermath of their conclusions finds itself on a near-identical wavelength. The corrupted worlds created by these auteurs fortunate enough to dabble in such dramatic conventions resulted in expressions particular to only themselves and an overarching cinema that was ruled by an oddly appealing, oppressive mood – whatever the location.

Tickets and info at www.austinfilm.org.

A version of this article appeared in print on November 23, 2018 with the headline: Down These Mean Streets ...