Hang with the spirits of Christmas past 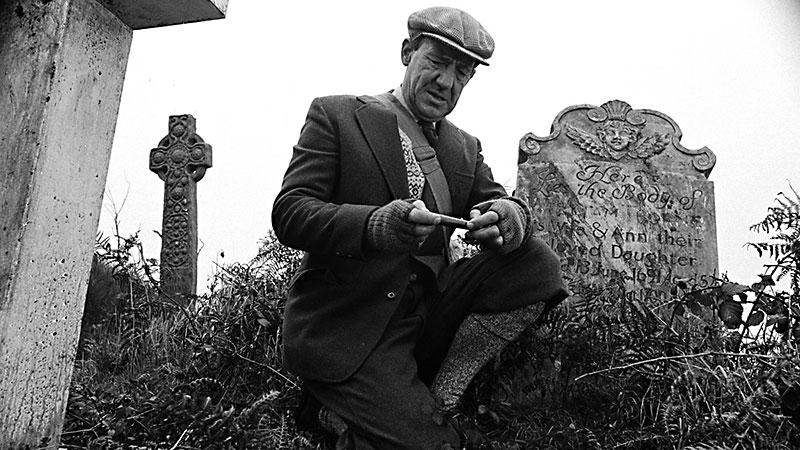 Roll the bones: Michael Hordern in Whistle and I'll Come to You

The British Christmas is filled with strangers and shadows. Knocks at the door and guttering candles, winds whispering around the doors the funereal grays of cloud and mist strain out the world beyond. What could be a more perfect setting for the telling of ghost stories?

It's not just Dickens and his famous tale of Scrooge and his three spirits, but a grand tradition of gathering around the fireplace – and later, the TV – to swap spooky tales. This Monday, as the evening shadows start to draw in, Ericca Long and Cole Roulain of the Magic Lantern podcast will unfurl two of the finest when the Austin Film Society unearths two small-screen Yuletide chillers as part of the History of Television series.

The undoubted king of the Christmas ghost story was Montague Rhodes James, better known to students of the uncanny as M. R. James: A medieval scholar and vice chancellor of the University of Cambridge, every Christmas he would tell his fellow academics a blood-curdling tale of the supernatural. Collected in four volumes between 1904 and 1925, five of the best were later adapted by the BBC as part of their A Ghost Story for Christmas strand – a series of teleplays that ran from 1971 to 1978, then revived again in 2000 under the moniker Ghost Stories for Christmas and with Christopher Lee narrating as James, then was summoned once more from the beyond between 2005 and 2013. Long and Roulain wrote, "[James] weaves the past and the present, and maybe that is something that is on our minds during the holiday season and the darkness of winter."

The screening will focus on two of the most famous James adaptations. First is Whistle and I'll Come to You, first published by James as "Oh, Whistle, and I'll Come to You, My Lad" in 1904, and adapted for the BBC's Omnibus arts strand in 1968 by Jonathan Miller. It has all the classic James elements (a remote location, ancient superstitions, a dark force unearthed, and a bumbling academic – played by iconic British actor Michael Hordern) and is regarded as the inspiration for the later BBC run. The Magic Lantern duo explained, "It is the prototype, the Rosetta stone. We love to trace the evolution of a thing, and without it, we likely wouldn't have the rest."

More shadows come courtesy of 1973's Lost Hearts. First published in 1895, it's a more Victorian tale of a waif taken in by his uncle (an academic, no less) who learns that the ancestral mansion holds secrets even darker than a couple of ghosts. This version was crafted by British TV director Lawrence Gordon Clark, who directed seven and scripted two episodes of the classic 1970s run, during which he proved himself to be a true master of TV horror. "He understood he was working on a smaller scale. This wasn't cinema, this wasn't VistaVision. It was television, and it seems like he innately understood that it's a more intimate experience and requires a different touch, a different sensibility."

Lost Hearts is also a testament to the evocative power of an unnerving set. While Price used location and stark, grainy, black-and-white cinematography to conjure his spirits, the Magic Lantern duo gives credit to both Clark and his production team, headed by production designer Don Taylor. "[They] created that world of the recluse predator who is seeking to bring the dark arts to life and has, in his study especially, every gadget for the purpose. It's a tabernacle of transmogrification! It's that level of care and detail that makes all the difference."

A version of this article appeared in print on November 16, 2018 with the headline: Spirits of Christmas Past