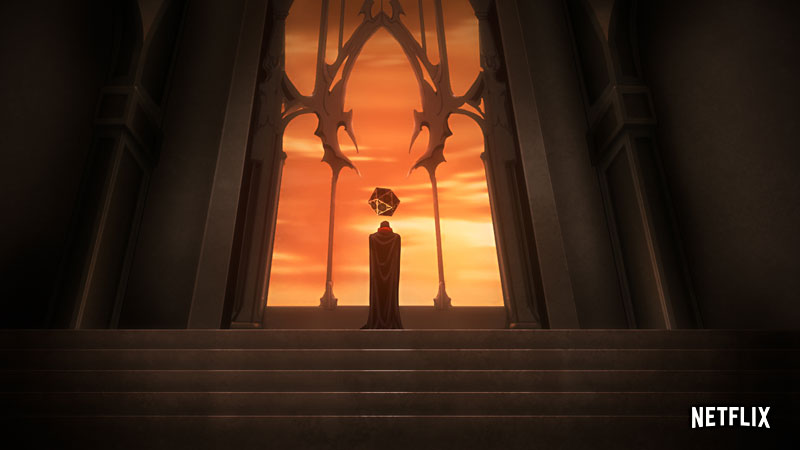 Don't put your Halloween vampire-killing costumes away quite yet: On Oct. 31 (natch) Netflix announced that Castlevania, the animated adaptation of the long-running game franchise by Austin's Powerhouse Animation, has been greenlit for a third season only five days after season 2 began streaming. The next day, British actor Richard Armitage (who plays dissolute vampire killer Trevor Belmont) tweeted a picture of himself recording dialogue for season 3.

Add another title to Richard Linklater's slate, and who could be more perfect than one Texas innovator to tell the tale of another? Last week, Collider's Jeff Sneider wrote that Linklater has signed on to develop, write, and direct a film for Focus Features based on the life of groundbreaking comedian Bill Hicks. The Houston-raised comedy pioneer, often regarded as one of the most influential stand-ups of his generation, was synonymous with Austin for much of his early and defining work, including recording what would be the posthumous Arizona Bay album at the Laff Stop a year before his death in 1994, at the age of 32, from pancreatic cancer. No title or casting has been announced for the film. Linklater is also in pre-production on his previously announced and untitled NASA moon shot documentary, while audiences are awaiting the release of his completed novel adaptation Where'd You Go, Bernadette, currently scheduled for release by Annapurna on March 22, 2019. (Hmmm, that's the week after the SXSW Film Festival. Coincidence? We hope not.)

Linklater's not the only Austin director working on a performer's legacy. The New York Times reports that Badlands director Terrence Malick will serve as executive director on a new documentary about the late rapper Lil Peep. Malick is currently in post-production on his next film as a director, Radegund, starring August Diehl as Franz Jägerstätter, an Austrian conscientious objector murdered by the Nazis in 1943 and later beatified by the Roman Catholic Church.

Rooster Teeth may be famous for raucous online culture, but their new documentary Common Ground gets serious with a deeply personal trip into the topic of immigration in Texas. Directed by Mat Hames, it follows RT co-founder Gus Sorola as he explores his own family history. Sorola said the film was inspired by the ongoing family separation scandal, but that the purpose was to illuminate the discussion without getting political. He said, "This is a particular story about people who have immigrated to the United States, and this is what their family looks like 40, 45 years on from that immigration." The doc is currently streaming for subscribers at www.roosterteeth.com.

Quick reminder: The Long Dumb Road, the latest by erstwhile Austinite Hannah Fidell (6 Years, A Teacher), opens in Austin next week. Pick up next week's Austin Chronicle for an interview with the director.