The Future Was in Toronto 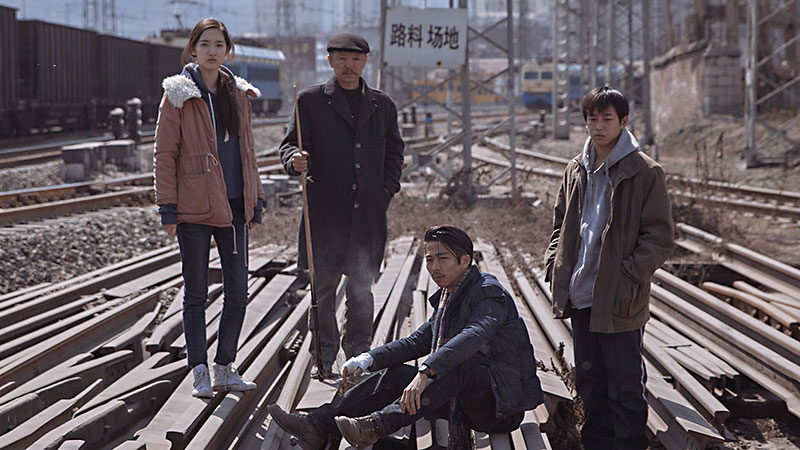 An Elephant Sitting Still, one of the standouts of TIFF 2018

Every September, after the close of the Toronto International Film Festival (TIFF), we begin to get a firmer sense of the films that will appear in movie theatres during the coming months (and others that should be slated for release, if only some distributor would be smart enough to pick them up). The event, which took place September 6-16 and is the largest film festival in North America, is also an early indicator (along with the buzz emanating from the Venice and Telluride film festivals, which occur annually during the weeks leading up to TIFF) of the standout films and pertinent performances that are sure to be in the conversation as the inevitable march toward awards season gets underway.

I was up north for nine days and averaged seeing three movies per day, but those numbers still feel like a nibble instead of a big bite into a festival that presents more than 250 feature films from around the world. Add in the short films, and the total amount equals something more like 350 films. Given that number, it would be foolhardy to summon up any grand statements or divine overall themes other than to say that it's a feast for sore eyes. Making choices about what to see is always the hardest part of the event. In my more than 20 years of attendance, the process never gets any easier, although my priorities and personal agendas vary from year to year.

I decided to put the brakes on most of the big fall films which, although I was anxious to see, would nevertheless open in Austin in a matter of weeks. Some of these titles include David Lowery's The Old Man & the Gun, starring Robert Redford and Sissy Spacek; The Sisters Brothers, the English-language debut of Jacques Audiard (Rust and Bone, A Prophet); and Bradley Cooper's directorial debut, A Star Is Born, in which he also stars with Lady Gaga, who was the unanimously crowned pop queen of TIFF, with red-carpet interviews that became viral sensations. I also consciously sidestepped the many films presented by Netflix and other streamers since they, too, would be a button-press away in a matter of weeks. Their inclusion in this festival was in marked contrast to May's Cannes Film Festival, which forbade the TV streamers from inclusion due to France's exhibition rules that decree that films undergo a greater passage of time between theatrical and video distribution. As the number of streamers ever multiply, this hot topic is unlikely to cool down anytime soon. Two Netflix titles for which I made exceptions were Nicole Holofcener's The Land of Steady Habits, which is currently streaming. Holofcener (Enough Said) is a filmmaker whose work I always classify as must-see, although, sadly, I don't think I'd put this new film in the same category. The other exception was Alfonso Cuarón's magnificent Roma, a black-and-white tribute to his mother and his childhood in Mexico City. No matter what size your TV screen is at home, this finely textured film is one to catch on a cinema screen if possible.

Two other films that I saw also fell into the actor-turned-director category. Jonah Hill capably wrote and directed Mid90s, an ode to his formative years, which tells the story of a troubled adolescent who falls in with a group of skate punks, not so much for the physical thrills as for the companionship the group provides. It's Hill's latest twist in a career that has taken him from raunchy comedies to Oscar-nominated dramatic performances, to writing and producing, and now directing. Underestimate this talent at your own peril. Actor Paul Dano (There Will Be Blood) also made a strong directing debut with Wildlife, an adaptation (written with Zoe Kazan) of a Richard Ford novel which stars Jake Gyllenhaal and Carey Mulligan. Set in 1960 Montana, the film depicts the dissolution of a marriage as witnessed by the couple's 14-year-old son and reveals Dano's astute sensibilities.

One third of the films in the festival were directed by women, showing that TIFF's programmers are doing more than paying mere lip service to diversity and equality. Several initiatives branded under the Share Her Journey campaign were front and center. Already, some films are showing the impact of the Time's Up movement. Numerous, also, were films reflective of current events including Michael Moore's Fahrenheit 11/9; Paul Greengrass' 22 July, about Norway's deadliest terrorist attack; Hotel Mumbai, about the 2008 terrorist attack in India; A Private War, the narrative directing debut of Matthew Heineman (Cartel Land) about the fearless war correspondent Marie Colvin; and Thomas Vinterberg's Kursk, about the Russian nuclear sub and its sailors, who were left stranded by their government at the bottom of the sea.

My favorite among the films I saw is a true one-off: An Elephant Sitting Still, a nearly four-hour drama about four desperate characters living in postindustrial China. First-time director Hu Bo committed suicide before the film's release, but his realist yet mythical movie will live on thanks to film fests such as TIFF.