Exploitation goes meta with a new twist on a vintage sleazefest 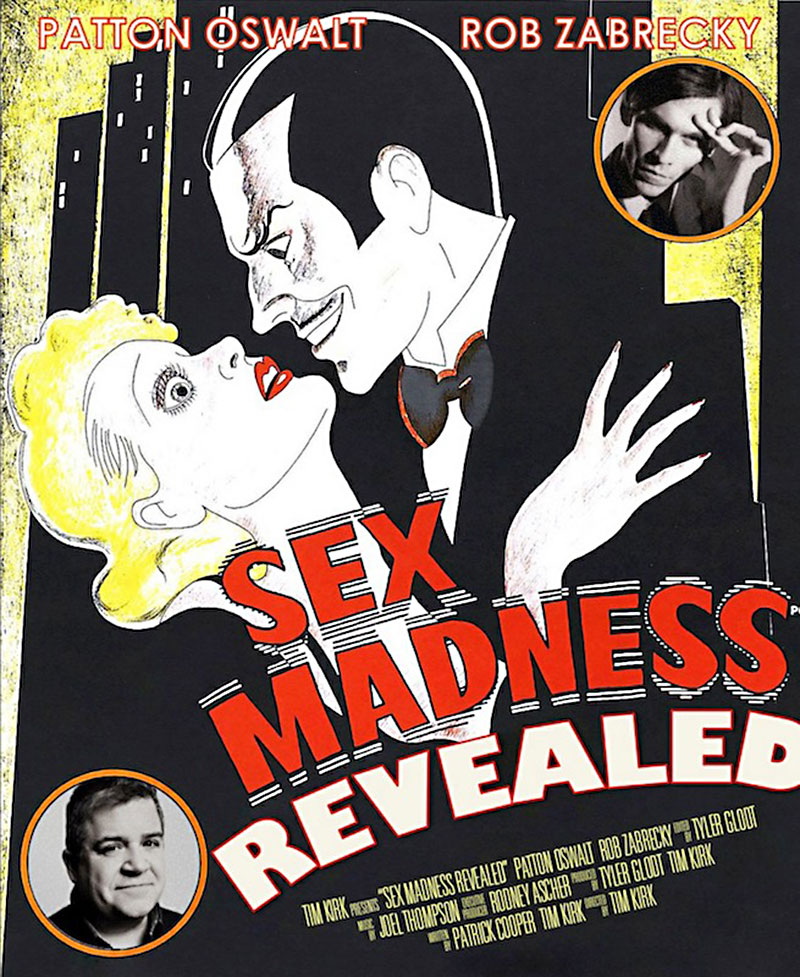 There's a mystery about who directed Sex Madness. Part potboiler, part peep show, part photo gallery of weeping syphilitic wounds, the sleazy little health education movie from 1938 has been attributed in many circles to Dwain Esper, mainly that seems to be because he made a coterie of equally scummy hygiene flicks like "How to Undress in Front of Your Husband" and Hitler's Strange Love Life! But with no credits for this 51 minutes of ghoulish sexploitation, it's hard to know definitively. That's part of what attracted Tim Kirk to take that enigma, and use it to build Sex Madness Revealed, a meta-story that takes the old film and builds something ultimately far more bizarre.

He's done this before, with 2015's Director's Commentary: Terror of Frankenstein. He took a 1977 adaptation of Mary Shelley's classic and added a new, fake DVD commentary track, where the cast and director reveal a hideous secret about what really (but not really-really) happened on the set. The meta-rewrite got even more complex when Kirk managed to get Leon Vitali (the good Doctor Frankenstein in that version) to appear on Director's Commentary as himself.

The key is that these are stories that live outside of the real filmmaking experience. Kirk said, "Like Terror of Frankenstein, I studiously ignored learning anything about the real making of Sex Madness."

The critical success of Terror inspired him to go further down this meta-path, and it was just about finding the right film. That's when film archivist and preservationist Bret Wood, of arthouse distribution firm Kino Lorber, suggested a slate of films to him, including Sex Madness. Kirk said, "I watched it, and the whole idea fell right into my lap." It had everything he wanted – the right length, out of copyright, and, he added, "It's just such a crazily structured narrative. ... It just seemed ripe for the idea that there were machinations going on behind the scenes." Plus, unlike many of its contemporaries (including those definitely directed by Esper), "It had this weird horror effect, with close-ups of wounds and signs of disease. I'm not sure what the turn-on was for the audience."

Instead of Terror's DVD commentary, Sex Madness is revealed through a streaming movie podcast called The Film Dick, hosted by exploitation geek Jimmy Morris, played by none other than real B-movie geek Patton Oswalt (Kirk credits his daughter for that casting coup; she and Oswalt's daughter met in a park when they were 3, and they and their fathers have been friends ever since). In this revelation, Esper definitely was not behind the lens: But rather than it being just a credit snafu, there's a darker, deliberate myth, which Jimmy's unexpected guest Chester Holloway (stage magician Rob Zabrecky) unfurls. Think it's just an accident that one of the background players looks like Walt Disney, or that the actors keep looking behind the camera? Think again, pal, as this uncanny tale of madness, corruption, and the sinister side of Hollywood seeps over a livestream of the movie. Don't worry, you're not missing much by not seeing the untouched original. Kirk said, "It's just such a poorly made film, the basic idea that there's an intent behind that is inherently funny." 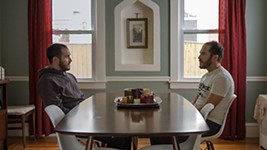