More like projects! Lane and Cooper are funding two queer-centered short films, shooting in Austin, and the development of a feature film. Cooper describes "Love in the Shadows" as a personal story that follows a young black girl struggling to find her truth and addresses the dichotomy between religion and homosexuality. In "Butch Queen" Lane draws inspiration from her own upbringing as a queer person in rural America. The narrative centers on an interracial lesbian couple that is tested by their Podunk town. The feature film, Our Darkest Hours, draws on Cooper's recent experience as a participant in 60 Days In, and follows an undercover officer who falls in love with an inmate.

$50 gets you early and digital access to both finished shorts, while higher pledges include an invitation to the wrap party and associate producer credit. Head on over to Seed and Spark to help them reach their goal.
More One in a Crowd columns 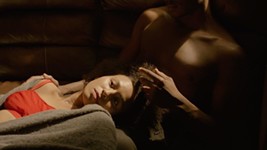 One in a Crowd
Austin filmmakers need your crowdfunding help