Hot wings and rules of engagement 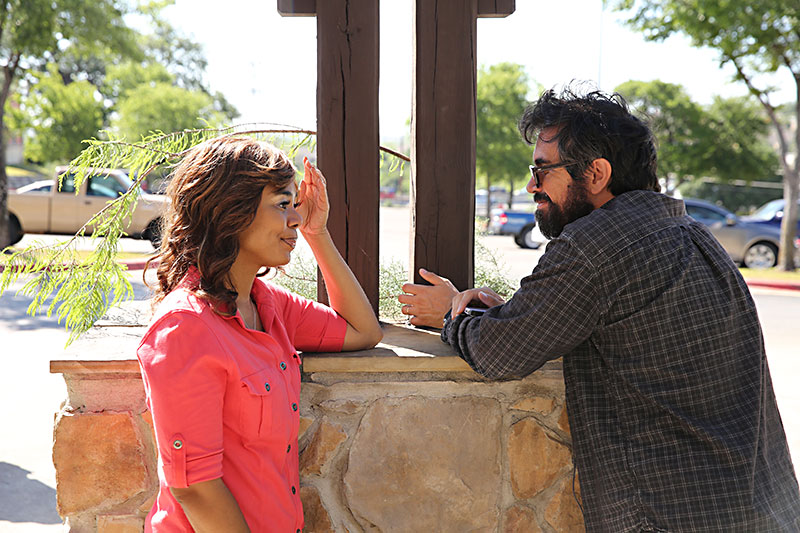 Of all the filmmakers you might expect to find in a breastaurant, Austin's Andrew Bujalski is probably bottom of the list. For starters, he doesn't even eat hot wings. Second, he said, "I'm not the best kind of customer at these kind of places. There's a certain kind of flirtation that you're supposed to do when you're in there that I'm not that good at." However, he found himself spending a surprising amount of time in them researching his newest film, Support the Girls, about one day in the kind of restaurant where low-cut T-shirts are as ubiquitous as happy hour appetizers. Bujalski described what he found as "deeply and uniquely American," but that at the same time, he said, "There were these inherent contradictions that I found fascinating."

Last week, a story went viral that Hooters – the original chain to mix crop tops and short-shorts with sports bars – was going out of business. Turned out it was actually a year out of date, and the company is in the middle of a resurgence. In the era of #MeToo, that may seem strange, but Bujalski saw why they could be so resilient in uncertain times. "On the one hand, they seem to be quote-unquote selling sex, but then you walk in the door and they do not to me appear to be all that sexy, or even that raunchy. ... In some ways, it's 180 degrees from a strip club. If you walk into a strip club as a man, you're being sold the idea that you're a badass, you're a really cool guy for being there, and you have transgressed society's rules. That's nothing like these places, where it's about 'You're normal. Everything here is normal. You like sports? You like cold beer? You like boobs? That's American, and we're all in on that together, and you can bring your kids, and you can bring Grandma, and that's OK.'"

Researching the film was somewhat organic: After all, sit in a Twin Peaks or a Bombshells, and the waitresses will inevitably talk to you ("That's a part of their job," said Bujalski) and so much of the research was "anonymous or undercover, just eavesdropping on someone who is better at flirting than I am, getting some sense of those interactions." Sometimes he would be more open, taking in a notebook. "That way I could not seem like such a weirdo, asking so many questions." The film was shot in a recently vacated chain restaurant – and completely coincidentally, the set was next door to a Twin Peaks, and the cast took the opportunity to do some research of their own. Bujalski said, "Haley Lu Richardson and Dylan Gelula, they asked if they could shadow a shift, and to our surprise they said yes. They actually worked over there for a number of hours."

What the research reinforced for Bujalski was the idea that these businesses are never a rowdy free-for-all, and that's why shift manager/den mother Lisa (Regina Hall) works there. "In Lisa's mind," he said, "because of that order, this is a bulwark against chaos." In many ways, that makes it a natural successor to his last feature, 2015's personal fitness trainer dramedy Results. Both deal with two physical and potentially sexual environments, and their very precise and unstated rules of engagement. "Those are the stories that are most appealing to me," said Bujalski. "They're not about huge conflicts, but small, inscrutable conflicts." In hindsight, maybe Bujalski should have made those two films in reverse order. After all those mozzarella sticks during research, he said, "I've got to do another personal training movie to work off this movie."

Support the Girls opens at AFS Cinema this weekend. Andrew Bujalski will hold a director Q&A at the 5pm screening on Aug. 26. For review and showtimes, see Movie Listings.