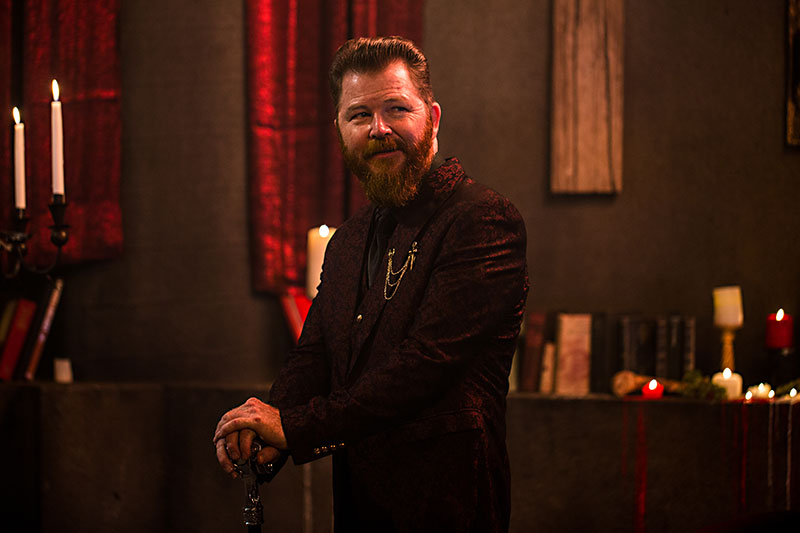 Ever gone to the movies and found out you're in the wrong theatre, and you should be in the screen next door?

That's sort of what happened to Owen Egerton this year during SXSW. Only it wasn't him, it was his second film as a writer/director, Blood Fest. And it wasn't simply on the wrong screen. It had been booked to play the Stateside (capacity 305), but demand was so high that, hours before its world premiere, South By management took the unprecedented step of moving it one door down into the 1,270 seat Paramount.

Four months later, and Egerton still seems a little dazed by the experience, like an impossible dream that started in 2001, when Richard Linklater screened Waking Life in Austin's grandest theater. Back then, Egerton was in a band called the Ongoing Wow with poet and actor Speed Levitch. They'd been booked to play the afterparty, and so attended the screening. Egerton recalled, "There's a sequence where a character is sitting in the Paramount, watching a screen, as we're watching them in the Paramount, and I remember thinking, as I was seeing all these Austin creatives, that this is it. I didn't even have the words to say, I want to be doing this. I was just in awe."

Cut back to SXSW 2018, and there's writer/director Egerton, blinking at his unexpected upgrade. "I'd been having dinner," he said, "and I just wandered down to see Blood Fest on the marquee, and it blew my mind."

Part of the scale of the crowd was because Egerton is the latest addition to the ranks of Rooster Teeth, Austin's ever-expanding online entertainment empire, with its loyal international fan base. First they filled the Paramount in March; now they'll be cramming in again, for a special return screening in Austin's most prestigious theatre during the RTX Austin festival. Anyone that misses it then can hit one of the 600 screens nationwide showing it on Aug. 14 in a special simulcast, before it arrives on VOD and in regular theatres on Aug. 31.

For Egerton, a raucous packed house is the best home for a film like Blood Fest. After all, comedy and horror are a perfect fusion, because the best responses are involuntary. "Both are best experienced with a crowd," he said. "I love sitting in a room, and people inadvertently announcing themselves with a scream, or a laugh." With some of his favorite comedy-gore movies as inspiration (Evil Dead 2, Dead Alive, Re-Animator, and, while it's never deliberately funny, "as everyone knows, I'm a little obsessed with Halloween 4"), he created a bloody romp about a one-night horror festival – like a gore-strewn Renaissance faire – where the bloodshed starts to get a little too real. However, as they evade the mayhem, three horror nerds (The Legend of Korra's Seychelle Gabriel, Robbie Kay from Once Upon a Time, and Jacob Batalon, aka Peter Parker's best friend Ned from Spider-Man: Homecoming) find there's more at play than just the supernatural.

Owen Egerton is a creative polymath. As an original member of legendary movie spoofers Mr. Sinus Theater (and a repeat offender with its successor, Master Pancake) and Austin's go-to comedy emcee, he's been a regular on Austin stages for two decades. But he's also a novelist, from tart comedic romps like Everyone Says That at the End of the World to more serious literary fare like Hollow. By contrast, filmmaking seems like a late addition to his portfolio, but IMDb credits can be deceptive. His 2010 debut novel, The Book of Harold: The Illegitimate Son of God, was optioned by Warner Bros., and then he made his directorial debut Follow in 2015, before penning the script for 2017 supernatural horror The Axe Murders of Villisca. Beyond that, Egerton has been toiling away behind the scenes, often uncredited, at Fox, Warner Bros., and Disney studios.

That's the thing with Hollywood. It's a place where people go to be part of the process of making films, not to actually make films. "Los Angeles is so often caught up in development and delays," said Egerton, and sometimes the best way to make a film is to get away from that mentality. That explains Follow, a microbudget psychological drama that was less a two-hander than a solo performance ("the other hand was a corpse," said Egerton). But Blood Fest is a much bigger project, calling on Rooster Teeth's resources.

In hindsight, it's odd that it's taken so long for an Egerton/RT collaboration. "We were growing up in Austin at the same time," said Egerton. "I remember back during old Sinus shows at the old Alamo [Drafthouse] on Colorado, and they would do these specialty Red vs. Blue shows, and I would go, 'Who are these guys? What's going on?" Over the years, they crossed paths, "and I just thought they were doing the most creative stuff. They were bringing production to Austin, and they were constantly churning out wild and cool product."

But it was actually his Hollywood connections that led to Blood Fest. RT Head of Development Ryan Hall had read a couple of Egerton's scripts while he was still in L.A., and reached out to him, explaining that the studio was looking to expand into both feature films and horror – what did he have that might work? "I had this idea, it was really just a page that I had worked up with my producer, Seth Caplan, of an Alamo-esque festival were everything goes incredibly real – or incredibly wrong."

He and Caplan originally pitched it as a TV show, but kept getting network feedback that it felt more like a feature. Then last year, he said, "Rooster Teeth went, why don't we just do that? Why don't we make it a film, and why don't we make it this summer? And we just went into action." By August, they were shooting in a series of familiar Austin-area locations – Austin Studios, AFS Cinema, I Luv Video, and Sherwood Forest Faire – and seven months later, Blood Fest was packing out the Paramount.

Of course, having shifted from a TV show to a film, and from pitching to Hollywood to an Austin production, Egerton kept thinking he'd have to trim the script. He credits RT CEO Matt Hullum with convincing him to put away the scissors. "I would go into meetings and go, 'I think we have to cut this. I don't see a way to do it,' and he'd go, 'Oh, but it's going to be so fun. It's going to look great in the trailer. Find a way.'"

Having the studio's in-house technical staff and performers to call on helped a lot, and Egerton worked closely in pre-production with stunt coordinator Jeff Schwan and visual effects house Hawgfly to design gags, stunts, and deaths. Even now, he's a little astonished by some of the sequences he kept, including a monster-strewn truck ride to the center of Blood Fest: With a seemingly endless list of makeup, prosthetics, and stunts, on paper it would cost the whole budget, and take weeks, but Hullum's conviction that it was too cool to cut won out. When it came to shooting, Egerton said, "We did all of it in one day."

In part, that's another return to that sensation he had back in 2001, watching people he knew onscreen and in the crowd for Waking Life. Blood Fest's production, he said, had "the vibe of what is Austin. People really excited about making something, and having a lot of fun making it, and aiming for something great." But this is not a purely homegrown film, with a cast that features Hollywood names like Zachary Levi (soon to star in comic adaptation Shazam!) and veteran character actor Tate Donovan – the only person Egerton ever considered for the part of Dr. Conway, the puritanical talk-show opponent of horror culture. "There's a reason we have seen him in so many different films and shows," said Egerton of the versatile performer. "We started talking about his character, and Republicans, and people who are so vocally against something that they become the thing they are fighting, and he said that this would be a blast."

That may be what binds this to Egerton's more highbrow literary work – that the bloodshed and decapitations are balanced by broader questions of censorship and reactionary politics. "In the film," he said, "we have zombies, we have vampires, we have demonic nuns, but the most scary figure of all is a white man with a gun and a sense of privilege." 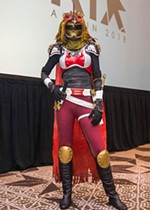 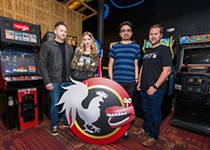