My Obsession: Fresh Off the Boat 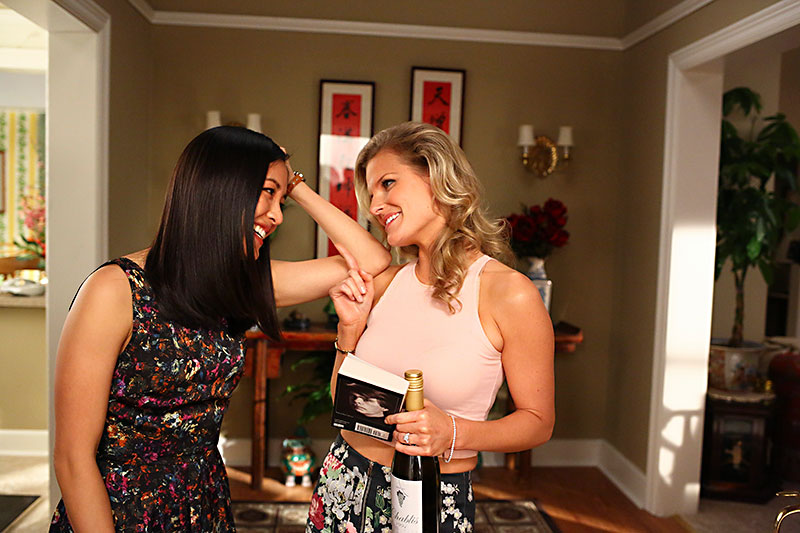 "Oh, you know, I thought I saw a ghost in the window, but there was not a ghost. I am fine."

Fresh Off the Boat, a seemingly average sitcom about a Taiwanese-American family trying to succeed in Orlando in the Nineties, won me over with a simple joke, perfectly executed by the effervescent and witty Constance Wu. She plays Jessica Huang, a mother of three boys who has an odd obsession – Stephen King novels. She might think Halloween is a silly holiday (unlike her husband Louis, played by the insanely talented Randall Park), but she loves watching and reading spooky stories by the King of Horror himself. Jessica's fascination with all things creepy is an ongoing joke throughout the show: from her son Emery reciting The Silence of the Lambs to calm her down during a particularly stressful road trip, to publishing her own mystery novel in the show's most recent season.

It was Fresh Off the Boat's sly fascination with the macabre that lured me in, but what hooked me was the show's honest, sincere portrayal of the Huang family's daily struggles trying to assimilate into their very white (and understatedly right-wing) neighborhood in Orlando, Fla.

Jessica and Louis adore America. Louis moved his family from the ethnic melting pot of Washington, D.C., to Orlando to open the restaurant of his dreams – a Golden Corral rip-off suspiciously named "Golden Saddle" that celebrates cowboy culture, complete with a giant taxidermy bear in the lobby. Where Louis' devotion to America is big and bold, like his restaurant, Jessica's is quiet and subdued. She worships the holiday of Christmas (but not for religious reasons), and collects little Colonial mice figurines that she keeps perfectly displayed above her fireplace in the dining room. According to Jessica, "Colonial Americans were like the Chinese of today! Their struggle, their work ethic, their ability to use every single part of the buffalo!"

However, in their neighborhood, Louis and Jessica are still outsiders, as is their rap-loving son Eddie (Emery and Evan seem to effortlessly melt into their new home, with Emery being kind of a ladies' man, and Evan quickly being accepted as a leader of the Homeowners' Association). While none of their neighbors spew hateful words toward the Huangs, the family constantly has to overcome their otherness by proving they are, in fact, no different from them.

This leads Jessica to connecting with her next-door neighbor, Honey (Chelsey Crisp), in the episode "The Shunning." The two women quickly bond over King movie adaptations (of course) at the local video rental store, but the true testament of their friendship occurs when Jessica spies Honey devouring her Taiwanese delicacies at a block party from afar. Honey relates to Jessica because she is also an other in the neighborhood, a young woman plagued by a rumor that she snatched her husband (Marvin, played by Ray Wise) from his previous wife. Together they overcome prejudice and find themselves in an unconventional yet loving friendship where they can discuss who they would haunt if they were ghosts over wine (the American Dream, honestly).

Fresh Off the Boat is the show we need as Americans right now. It's light and at times silly, but also has impeccable heart and devotion for its diverse set of characters. In the first episode of the third season, aptly titled "Coming From America," Jessica yearns for her new home over Taiwan, and passionately tells Louis, "I know I've been saying how different things are here, how they've changed, but it's not true. I'm the one who has changed, and I'm homesick for Orlando." True, she followed that up with, "I want a bagel," but who can blame her?

My Obsession, Fresh Off the Boat, Constance Wu