David and Nathan Zellner Deconstruct the Cowboy Myth in Damsel 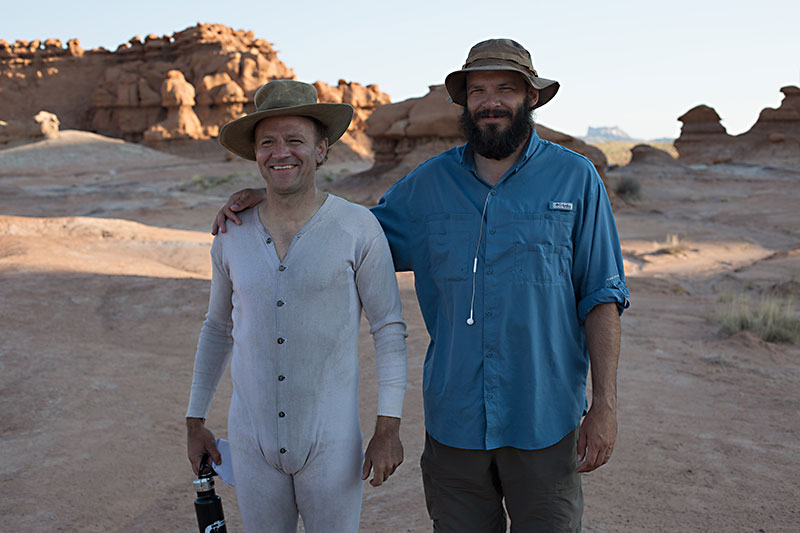 David and Nathan Zellner on the set of Damsel

Let's play fantasy casting for a moment. If David and Nathan Zellner were to remake a Western, it should be They Call Me Trinity, the 1971 spaghetti comedy about two brothers – one wiry and fast, one burly and brawling – hamfisting their way across a fictional American West.

But this is the Zellners, two of Austin's most quirky and creative filmmakers, and so Damsel, their star-studded and dusty-booted excursion into cowboy country, is uniquely theirs. Nathan Zellner said, "We're not making The Magnificent Seven. We're making our version of it."

While heavily influenced by one of David's favorite directors, two-fisted horse opera expert Budd Boetticher, Damsel is in many ways a throwback to gritty Seventies Westerns. The kind where the grizzled hero clashes with the erudite but venal bad guy, while a coterie of farmhands, wastrels, town drunks, dissolute preachers, and washed-up prostitutes crowd the scenery. Except in Damsel, the iconic protagonists never really turn up, and the story turns to the background characters, with their pettier concerns. David said, "It's fun playing with the gray areas. Most of the time people are a combination of good and bad, depending on the situation or the perspective."

The driving force behind the story is still iconic: "The hero going to rescue the damsel in distress," said David. "But in terms of doing it ourselves, it just seemed boring. Especially in terms of the female characters, they just seemed like this object to be obtained. So in thinking of how hard-wired we are with those archetypes out the gate, it seemed interesting to use those as a shorthand, a foundation, to kick things off with certain expectations." He grinned. "And we're manipulative, in terms of leading you a certain way."

Much of that misdirection centers around Samuel Ala­baster (Robert Pattinson). In his mind, he's a Fancy Dan with fresh new spurs and an pristine pistol, off to rescue his beloved Penelope (Mia Wasikowska) from the clutches of a vile kidnapper. Yet he's more of the delusional greenhorn, the kind that gets gunned down before Clint Eastwood moseys into town. "From his perspective, he very much is the hero," said David. "When you psych yourself up to do something, you rationalize it to where it's crystal clear to you."

That extends to the characters the Zellners play (as is often the case with their films, they work in front of and behind the camera). Take Nathan as Rufus, who he described as "kind of a sad sack for a mountain man. Bought all the buckskin and moved out there, and now he's trying to figure everything out just like everyone else."

Enter another, unexpected influence: Looney Tunes cartoons, or more specifically the rootin', tootin', foot-shootin' Yosemite Sam. Nathan said, "He was consistently the biggest idiot. ... Or Wile E. Coyote, who thought he was a supergenius, but always did something stupid."

Self-mythologization is a recurrent theme in the Zellners' work. David described it as being about "the kind of world people want to create for themselves, in terms of control, and then faced with the reality of the universe where you have no control over anything, and the randomness and chaos of everything." In their last feature, 2014's Kumiko, the Treasure Hunter, a Japanese office worker (Rinko Kikuchi) convinces herself that the missing ransom money from Fargo really is hidden in the snowy fields of Minnesota. Nathan said, "She's created her own story in her head that she's keeping private. In Damsel, [we were] taking an unreliable narrator, and putting him in the Western tropes that everyone has seen."

The combination of intimate and epic appeals to the siblings, and their increasing reputation allows them to paint on ever-grander canvases. "I want to keep building up to bigger and bigger projects," said David. "We got Damsel made because of the script but also because of Kumiko, and we got Kumiko made because of Kid-Thing before that." Yet that upward trajectory was inadvertent. "We've never had the luxury of writing something and making it right away," said David, noting that Damsel has been floating around, in one draft or another, for several years.

It's undoubtedly their biggest project, and not just in terms of its cast. "David was saying the other day that the hardest thing is shooting two people sitting across from each other, and make it feel dynamic," Nathan said. "We like these movies that have a lot of epic feel to them, and we like shooting on location. One of the things that we liked about shooting Kumiko was the snow and Japan, and with Damsel it was the American West."

It's a mythical, cinematic West, rather than one tied to history or location. David said, "There's no regard for geography. It's just the Wild West, which is you have the ocean and mountains and desert. We just cherry-picked what we liked." While they look forward to a soundstage shoot (including, in another leap in genre, for some sci-fi projects they're currently developing), David added, "There are so many environments and landscapes that appeal to us for shooting in. It's just more interesting to us."

Still, outdoor shoots come with technical challenges, and can quickly become expensive. Since the Zellners didn't have an endless budget, David explained that they did a large amount of prep work, so they wouldn't be shooting unnecessary takes or angles. "Part of it is planning right, and it just comes down to adapting, because you can only control so much with the weather."

That combination of a tough, very physical shoot, and demanding twists and turns for the characters, could have made casting a challenge, but the brothers managed, almost miraculously, to pull in two recognizable names in Pattinson and Wasikowska. David said, "[Sometimes] actors of their caliber are afraid of the changes and kind of things that happened to their characters, and that was the stuff that excited them."

It's also what appealed to the writer-directors as performers. While Nathan's not-so-rugged Rufus appears briefly, David is in almost every scene as Parson Henry, the whiskey-sozzled preacher that Samuel drags into his harebrained heroics. Neither part was written exclusively for the siblings ("We knew we could get more money if we did put ourselves in those roles," said David) although they always knew there was a possibility that they could fit into those roles. David said, "We didn't want to plug in some name just to plug 'em in. If something random and amazing happened with someone that we love, then we'd reconsider." Ultimately, they were the best fit, "and no one else was offering us parts like this, so we thought, 'Well, we'll take it.'"

That decision meant they had to be as committed, if not more so, than the rest of the cast. "In hindsight, it seems ballsier than it was," said David, and by the end of the shoot, "I was so exhausted, I think the most exhausted ever. I should have known better, but it's not until you look at the schedule that you go, 'Oh, I'm acting every single day.'" That said, he added, "It's what we signed up for."

Damsel opens in Austin on June 29. Join the Zellners Thursday, June 28, at AFS Cinema for a special screening, with Q&A, themed drinks, a pony photo booth, and a DJ set by the Octopus Project. Info and tickets at www.austinfilm.org/screening/damsel.

A version of this article appeared in print on June 22, 2018 with the headline: Mild, Mild West

Walk With a Wild Child (Possibly a Sociopath)
Chaos and creativity in the Zellner Bros.' 'Kid-Thing' 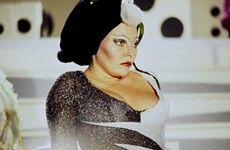 Remembering Susan Tyrrell
'Kid-Thing' marks the last performance by the late Susan Tyrrell, an Oscar nominee and a cult darling