Cameron Esposito Asks Us to Take My Wife

Happily streaming ever after at the ATX Television Festival

Rhea Butcher (l) and Cameron Esposito in Take My Wife

This is not Cameron Esposito's first time in Austin. She and her spouse Rhea Butcher have passed through town on stand-up tours numerous times. However, this week will be their first time visiting as showrunners, as the comedic couple are just two of the many celebs slated to discuss the changing landscape of TV for this week's ATX Television Festival, and Esposito is psyched.

Known for her unapologetically queer stand-up, several podcasts including Put Your Hands Together (co-hosted with Butcher), supporting roles in several high-profile films, and of course, co-creating and co-starring in the series Take My Wife (also with Butcher), Esposito told me Austin seems like the "perfect place" to come back to as a showrunner. Our city, she said, is "really good at showcasing a wide range of the arts" and the people are "here for whatever you're bringing."

And this couple is bringing a lot. On Thursday, the pair will spotlight the second season of Take My Wife, which is now available on iTunes and Starz following the untimely demise of the comedy streaming platform Seeso. But in true Esposito fashion – she's been known to make acceptable rape jokes on more than a few occasions – the second act will get a bit more serious. Friday, the Take My Wife creators will sit down with Younger's Nico Tortorella and Bradley Bredeweg, creator and writer of The Fosters, to discuss how (or if) modern television is breaking down binaries (gay/straight; man/woman; cisgender/transgender).

There's no denying that as an onscreen couple, Esposito and Butcher are dismantling stereotypes about relationships and the LGBTQ community. Esposito described it as "radical" because audiences have rarely (if ever) seen a romance between two queer folks "in button downs and boots," defying the "butch/femme" expectation (Butcher identifies as nonbinary). Instead, she said, "we see a lot of pencil skirts and heels." And while high femmes are a very real part of the community, there are many other identities under the rainbow umbrella. What Take My Wife does so beautifully is showcase the community as it looks in the real world, even beyond the two stars. Esposito said they ensured queers were cast in queer roles and included numerous queer and trans storylines.

That said, Esposito admitted she's not convinced pop culture is breaking down binaries as quickly as she'd like. "I'm not sure we [are] yet allowing men to be emotional and women to be career-oriented or to wear pants a lot," she said. "Which has nothing and everything to do with sex and gender." But, searching for a more positive angle, Esposito noted that television is casting people of color in greater numbers, and while there's still no comparison to the number of white folks onscreen, it's allowing more perspectives to be told. As she described it, TV's heteronormativity is largely taken from white culture so showing a greater swath of races will create new stories and help restructure outdated ideals. "Just watching Atlanta, I think, is another way to expand our thought process."

To support this, and perhaps inspire the higher-ups at Starz to bankroll a season 3 of Take My Wife, Esposito emphasized the importance of monetarily supporting the queer community. Whether it's downloading season 2 or buying concert tickets to see a young queer band, Esposito is certain: consumers (that's us) are in control. But as an artist and creator, she takes that commitment one step further. Describing herself as a "cis, white lesbian" she said she's dedicated to spotlighting and supporting folks across the race and gender spectrum. At the end of the day, she said, you have to ask yourself: "Who's your family? I'm so Italian, so mine is the entire LGBTQ community."

A version of this article appeared in print on June 8, 2018 with the headline: Happily Streaming Ever After 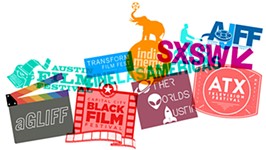 Cameron Esposito
No joke, this queer comedian is at the forefront of the digital revolution