Gary Kent Is One of the Last of the Dangerous Men 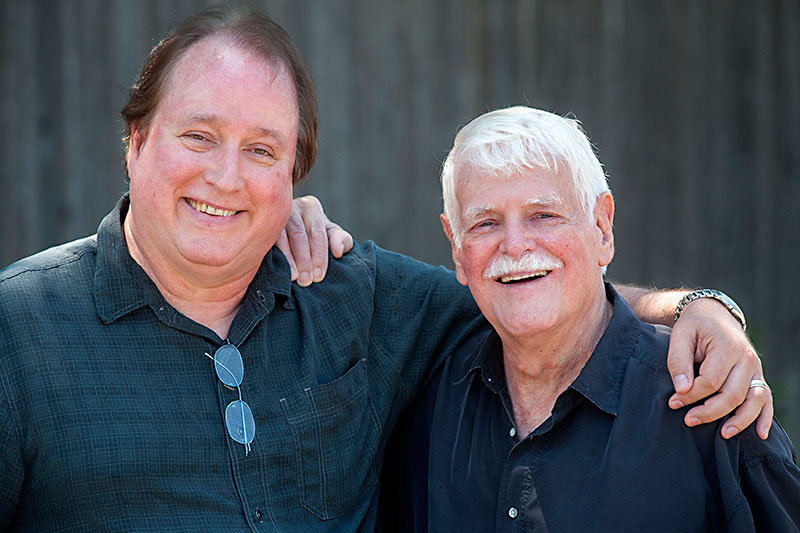 Stunt (noun): an unusual or difficult feat requiring great skill or daring; especially one performed or undertaken chiefly to gain attention of publicity.

Stuntman (noun): a man who performs stunts; especially one who doubles for an actor during the filming of stunts and dangerous scenes. (First known use 1927.) See also: Badass; Lover; Fighter; Survivor.

Gary Kent is a Badass. Yeah, that's with a capital "B," buster. If you're a devotee of a certain genre-hopping strain of pre-millennial cinematic exploitation movies, then you've almost certainly seen his chiseled mug up on the silver screen at the Alamo Drafthouse's weekly Terror Tuesday or Weird Wednesday screenings. That mug is usually being punched, actively involved in punching back, flying over barstools and off of motorcycles, riding and often toppling from a horse. It's a memorable face, even when it's being beaten to a pulp. Fitting, because he's a pulp adventure story kind of guy with a backstory as unbelievable as so many of the films he appears in.

“I hate to say it but, yeah, I think the golden age of the stuntman may be over.”

If you've frequented Austin's fiercely independent video nexus I Luv Video, chances are you have, at the very least, laid eyes on a box cover or DVD that he had a hand in, whether as an actor, stuntman, stunt choreographer, writer, wrangler, production manager, and on and on. A man of many hats, and not all of them could hold 10 gallons. Quite a few of which may have bullet holes in them.

Now 85 and semi-retired to Austin, his résumé is beyond impressive. Here's a brief list of some of the 200-plus movies Kent is known for: Monte Hellman's existential, Roger Corman-produced Westerns Ride in the Whirlwind and The Shooting; Richard Rush's Psych-Out, Hells Angels on Wheels, The Savage Seven, and more; Ray Dennis Steckler's The Thrill Killers; Peter Bogdanovich and Polly Platt's Targets (based on Charles Whitman's UT Tower rampage); The Incredible 2-Headed Transplant; Ted V. Mikels' The Black Klansman; and Don Coscarelli's monsterpiece Bubba Ho-Tep, (adapted from a story by East Texas yarn-spinner Joe R. Lansdale).

Now first-time filmmaker, author, and sometime Austin Chronicle scribe Joe O'Connell has made the be-all, end-all documentary – the aptly titled Love and Other Stunts – to make sure this particular indie-Hollywood hero finally gets his cinematic due. 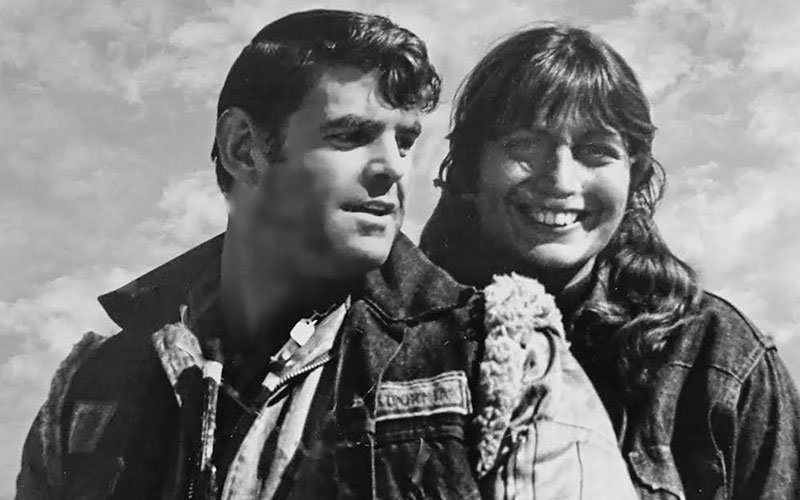 "I met Gary 20 years ago at the Writers' League of Texas [Agents & Editors] Conference," explained O'Connell. "I was sitting outside when I saw this silver-haired guy who kind of looked like Burt Reynolds. We ended up having a conversation and after that the first thing I did was go to I Luv Video and rent Satan's Sadists. Over time we just became really good friends.

"I kept telling Gary that somebody had to make a documentary about him and then when [his memoir Shadows & Light: Journeys With Outlaws in Revolutionary Hollywood] came out I realized that it was going to be me making that film. I didn't know what I was doing but I had a notion about how to tell the story and I knew the story I wanted to tell, which was more than just the stunt stuff. I was more interested in the human side of Gary. I was interested in that whole era of independent filmmaking as well. The hard part was finding an ending."

No spoiler here, although it's worth noting that Kent's memoir and O'Connell's doc serve double duty as well-crafted and riotously entertaining bookends to a remarkable life that isn't anywhere near over yet, even if the golden age of the Hollywood stuntman likely is. Or is it?

Looks that way, Kent lamented. "I hate to say it but, yeah, I think the golden age of the stuntman may be over. I'm very lucky I got in on the tail end of it, and it lasted for another 20 years. CGI really changed things. I just did a film working as a stunt coordinator and they didn't have the money to hire stuntmen. They had some fights in the script, so I asked the actors if any of them had done stunts before. They all raised their hands, but none of them had really done stunts before. Maybe they threw a glass of water or something, but a stunt is rolling cars or doing high falls. It's challenging. Nowadays every actor thinks they're a stuntman."

That's not helped any by the fact that the Academy of Motion Picture Arts and Sciences, aka the Oscars, still doesn't recognize stuntmen. "They think it'll ruin the illusion," Kent added, and that's why stunt performers have their own awards. In 1986, Kent picked up the award for best stunt in a motion picture at the International Stuntman Awards for Rainy Day Friends. "I was dragged behind a pickup truck on the freeway. We were up against Beverly Hills Cop and some other major films and we won."

Rumor has it that the Academy is currently at least considering devoting a category to best stunt coordinators, although no one's holding their breath, least of all Kent, who's been through hell and back both figuratively and literally, as O'Connell's film thoroughly shows. There's plenty more painful things in life than being thrown from a horse and breaking half your ribs or winding up with shards of glass lodged in your arm after being tossed over the backside of a bar. Love and Other Stunts is as much saddled with real-life pathos as it is riddled with reel life six-shooters. "I wanted to tell Gary's story, the story of Gary and his wife Tomi, and be honest about all the rougher experiences of his life as opposed to just making it all about his career as a lifetime stuntman."

There is, however, one specific anecdote about Kent's time working on Al Adamson's "wild beyond belief!" biker nano-epic Satan's Sadists alongside former West Side Story star Russ Tamblyn and good friend Bud Cardos (the latter would go on to direct William Shatner vs. "a living, crawling, hell on Earth!" composed of 5,000 imported Mexican tarantulas in the memorable 1977 skin-crawler Kingdom of the Spiders). As Kent tells it, cast and crew were in the high desert outside of Los Angeles location shooting at a dilapidated ranch that also did double duty as a frequent setting for popular television oaters such as Bonanza. "There were all these girls living in the outbuildings there. We figured they were just hippies. They would come by and perch on rocks like birds, watch us shoot, and then beg our lunches from us. We had a dune buggy we were using as a camera car but one day it broke down. I got to talking to one of the hippie girls trying to figure out where to get a mechanic out there in the desert and she mentioned that they had a great mechanic living with them. She went to go get him and came back with this little guy, no shirt, no shoes. Really, he just looked like this little waif. It was Charles Manson. I think the girl was [Patricia] Krenwinkel."

Whew! Talk about creepy-crawling. But then whoever said a stuntman's life was going to be free from close calls with sketchy ladies at the old Spahn Movie Ranch? What a life. And Kent, long may he live, isn't even approaching his own life story's denouement. As O'Connell noted: "Love and Other Stunts is really a story in three acts. The first act covers the history of Gary's career as a stuntman in independent film, the second act is more about him making movies with his wife Tomi, and the third act is all about Gary being a survivor, not just of all those stunts and all those broken bones, but of all the things that life and love can throw at you. And he's still doing it."

Love and Other Stunts screens at Alamo Village, Sat.-Sun., June 2-3.

A version of this article appeared in print on June 1, 2018 with the headline: Last of the Dangerous Men 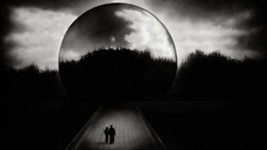