Childhood poverty. Addiction. Growing up gay in a religious environment. The strength of innocence and the power of community. While the films at this week's Indie Meme Film Festival (April 19-22) come from all over South Asia, the themes are truly global. Here's the full film schedule for the four-day celebration of the region's cinema.

Turup (Checkmate), 7pm Life in a small town where chess is everything, made by the local Ektara Collective. Filmmakers Maheen Mirza and Puloma Pal in attendance (India, 2017, U.S. premiere).

Barley Fields on the Other Side of the Mountain, 10:30am Family loyalty conflicts with religious freedom in the mountains. Skype Q&A with director Tian Tsering (Tibet, 2017, U.S. premiere). Plays with "Jaalgedi."

Angamaly Diaries, 4:15pm Gang war and interfaith conflict in Angamaly as young men are dragged into violence over the pork trade (India, 2017).

Dhh, 10am Be charmed by this children's film about three best friends and a stage magician (India, 2017).

Abu (Father), 4pm Filmmaker Arshad Khan, who will be in attendance, explores his personal challenges of being gay in Pakistan (Pakistan, 2017). Plays with "The Streets Are Ours." 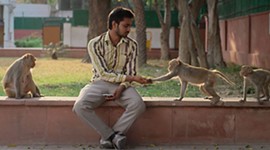 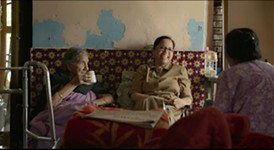