Web comedy gets in shape 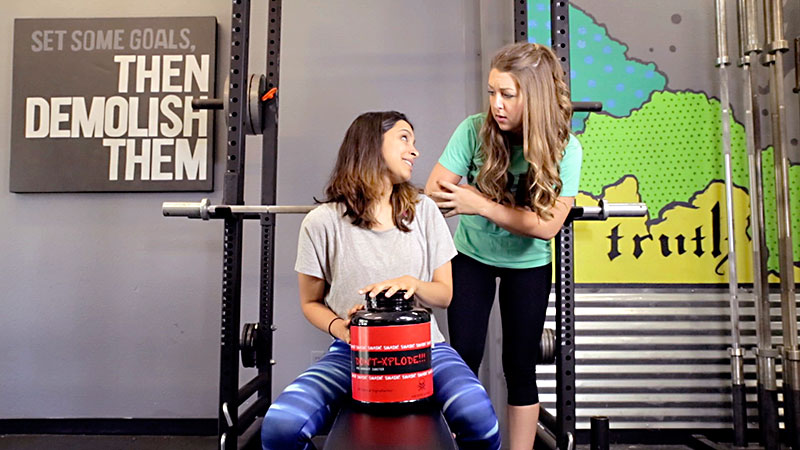 When Austin comedy screenwriter Shruti Saran saw fitness culture merging with internet culture, she knew the subject was ripe for satire. Her web series Gym Buddies pokes fun at the sometimes-baffling trends that have made getting fit its own subculture, like how trendy diets and "bro science" combine with social media obsession to give rise to the modern Instagram fitness celebrity.

More than just satirizing gym culture, Saran felt a critical aspect of the show would be for viewers to experience the comedy through a woman's perspective. She said, "It was important to me that the show be female-focused."

Gym Buddies centers around Aparna (Nikita Redkar) and her best friend Quinn (Chelsea Lane) as they set out to achieve their fitness goals. Well, kind of – Aparna just broke up with her boyfriend and might be more interested in accidentally tagging him in a gym selfie. Quinn is there because Aparna lured her in with a false promise of lunch at Thai Kitchen. But before long, Quinn agrees to become Aparna's gym buddy, and the (mis)adventures begin.

Over five episodes, Aparna and Quinn find themselves locked into a protein powder-induced trip; taking a musical detour into a rap about internet-sourced workout plans; and struggling to accept personal training from a man without feeling mansplained to, all the while being followed around by bumbling gym manager Rob (Jason Gallaher). Aparna and Quinn are not expert-level CrossFit types, but they reflect a common experience that many people undergo when making a resolution to get fit – one that can be as overwhelming as it is blundering. Saran said, "We're talking a lot about women's strength and feminism these days, and I liked the idea of telling a story about two women who were literally getting stronger."

Catch the entire series at www.gymbuddies.tv.

Now Streaming in Austin: Distance
He said, she said, IRL and online 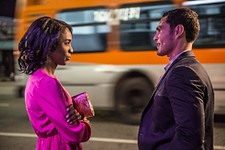