SXSW Gaming at a Glance

From the Expo to the Awards, it’s time to play 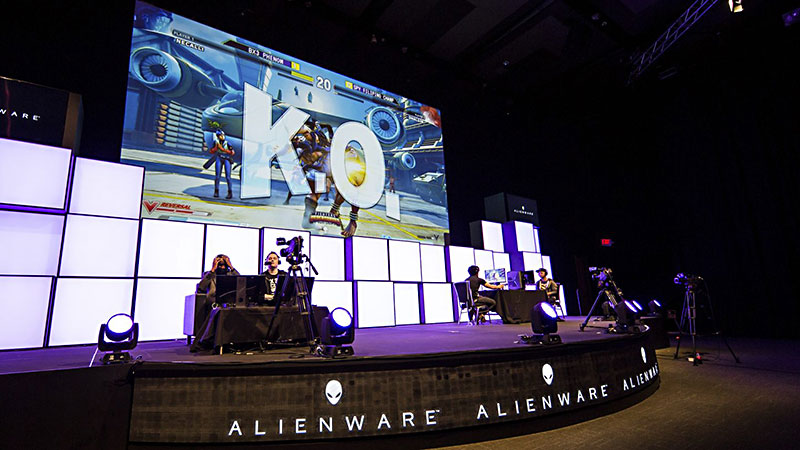 It may not be free anymore, but SXSW Gaming has stepped its game up every year to make a players' paradise. Three days of video game and tabletop culture with arcade setups, indie booths, panels with gaming personalities, a handful of tournaments, and finally an awards show to wrap up the whole shindig will keep your eyes and ears busy.

Any SXSW badge or wristband grants entry to the event; but what about those without credentials? Fear not! SXSW Gaming offers a single-day or three-day wristband for a fraction of the price of the other credentials.

Based at the Austin Convention Center, the Fest brings a number of luminaries to the stage including Playerunknown’s Battle­grounds mastermind Brendan Greene and former NBA champion, unofficial eSports ambassador, and owner of team Echo Fox, Rick Fox. Other big names in eSports such as Team Liquid owner Steve Arhancet and Counter-Strike: Global Offensive dominator Jordan "n0thing" Gilbert discuss the ins and outs of pro gaming. For those who benefit more from a face-to-face learning experience, SXSW is hosting mentor sessions for the first time which offer coaching with professionals from various fields in the industry. Remember to RSVP as these sessions are limited.

In addition to the featured speakers, there will be various panels with an emphasis on the creative side of the industry. These panels, held at the newly introduced Discovery Stage, include sessions with game designers such as Koji Igarashi (assistant director of Castlevania: Symphony of the Night), discussions on the future of augmented/virtual reality in games, and members of the Sonic team giving an exclusive look of what's next for their blue mascot following the success of Sonic Mania.

For an escape from the hustle and bustle of the exhibit, high-end computer setups will be waiting at the PC Area for those looking to get hands-on time with cutting-edge desktops. Board game fans head to the Tabletop Experience which will carry numerous titles such as Magic: The Gathering and Pokémon Trading Card Game with "learn to play" sessions for beginners. Those with a competitive side can test their mettle at local tournaments such as the Donkey Kong High Score Challenge or any of the Dragon Ball FighterZ open play sessions. Drop by the Indie Corner to check out the latest demos from up-and-comers in the industry. Attendees are encouraged to vote on-site at the Indie Corner for their favorite of these in the Gamer's Voice Awards. Voting takes place March 15-17 with the winners declared at the Gaming Awards.

As the first day of the Festival comes to a close, SXSW Gaming hosts an opening-night party for wristband and badge holders. Celebrate day one with musical performances from pop culture enthusiast group Nerdout! and nerdcore royalty Mega Ran and Sammus.

The Festival closes Saturday with two big events. First, the Cosplay Contest invites attendees of all ages to dress as their favorite characters from games, comics, anime, and pop culture. Second, the Gaming Awards across the street at the Hilton Hotel recognizes the achievements of games in a year that had no shortage of highlights. If you have any energy left, celebrate the end of the Festival with a closing party including drinks and live entertainment.