Hold to Your Best Self is a high school Rashomon 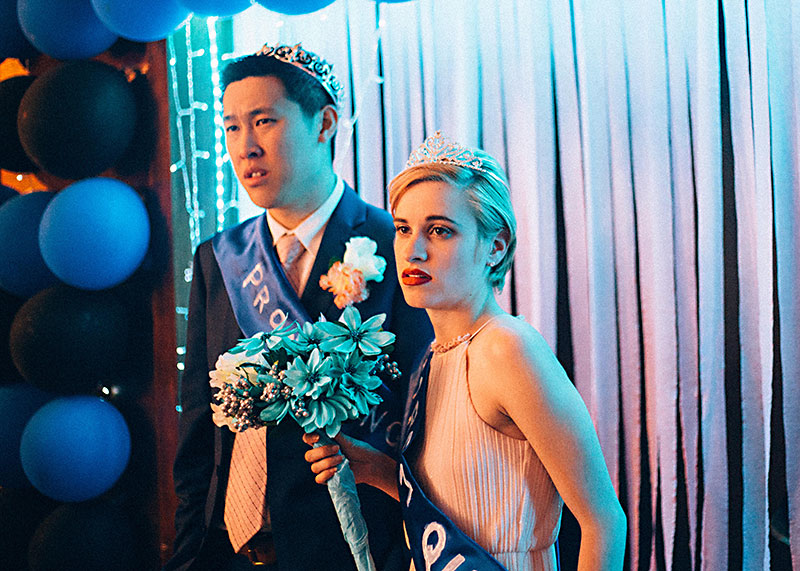 With Hold to Your Best Self, Austin-born film writer/director Emily Hagins (Grow Up, Tony Phillips) moves into episodic work for the first time. Her new series, a collection of shorts that retells prom night – each time from a different character's point-of-view − proves that high school is terrifying enough (even without vampires or zombies).

Hagins has written and directed five features, "and that's really my forte," she said. Switching to episodic writing was a challenge, but the project's nonlinear narrative presented technical issues as well. "We decided we wanted to change the dialogue and the performances based on the point-of-view," she said. "Even the way we shot it would be different, depending on the way the character was feeling." This required some creative editing work when it came time to piece the story together. "It was the most puzzle work I've done as a writer and a director."

Unlike much of Hagins' previous work, such as her debut feature Pathogen (which she made when she was only 12) or bloodsucking rom-com My Sucky Teen Romance, the series features no monsters, Halloween costumes, or stage blood. But that's not to say she strayed from her roots. Each character struggles through their vignette as they work to move from high school into adulthood. It's a scary time. "The original focus when writing the show was fear," she said. "It's not a scary show, but I do have a background in horror. I was thinking a bit through that lens."

The show really focuses on the bigger questions – the kind of relatable and frightening emotions that start in young adulthood and unnerve us throughout life. "Like, what if the best thing I've ever done is behind me?" she said. "Or what if people don't take my dreams seriously? Or what if I don't want to be this thing that people want me to be?"

Hold to Your Best Self

A version of this article appeared in print on March 9, 2018 with the headline: High School Rashomon

SXSW, Emily Hagins, Hold to Your Best Self, SXSW Film 2018