Paul Thomas Anderson on His Friendship With Jonathan Demme 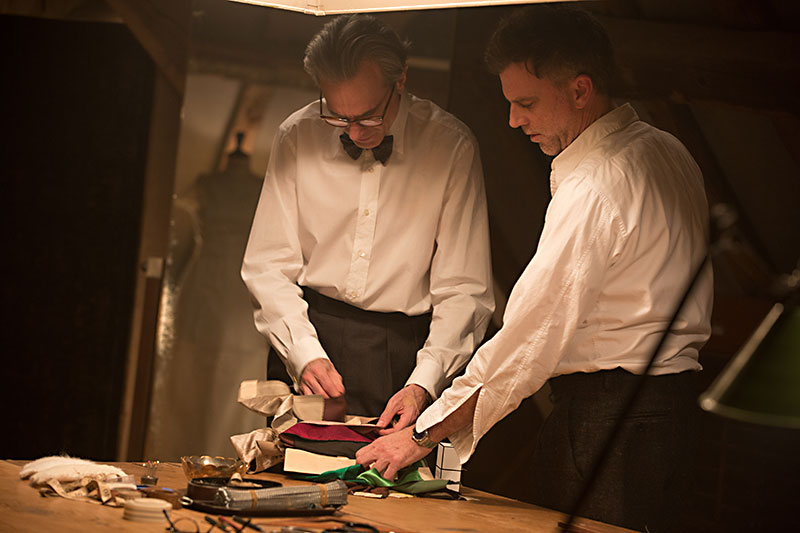 With eight Academy Award nominations, and countless other plaudits to his name, Paul Thomas Anderson has had his fair share of acclaim. But on March 8, when he receives the inaugural Jonathan Demme Award, it will be an opportunity to praise a filmmaker who shaped him, and was his friend.

Anderson will receive the award at the Texas Film Awards ceremony, alongside Variety's One to Acclaim winner, actor Armie Hammer. His relationship with Demme's work began in 1984 with Stop Making Sense, the groundbreaking concert movie Demme shot with Talking Heads, and continued through his highest-profile era, with films like Married to the Mob and Silence of the Lambs. "I was a fan and aficionado first," Anderson said. "Just the timing of my life and his life just seemed to work out that, while he was making his strongest films, I was at this very impressionable age of 15, 16, 17, 18."

What inspired Anderson about Demme's work? "Everything. It's not just the stories that he's telling, it's the style with which he's telling them. From the actors that he's casting, from the camera moves that he's employing, to the soundtrack, the lighting, all of that adding up to something that never felt like it wasn't something you couldn't do yourself." This was, after all, the era of the mega-blockbuster, when technology dominated the studios, "things that if you were just a kid with a camera would have been impossible to replicate. Enormous crane shots or super-fast whipping cameras around that would require a certain level of technology. Jonathan's were always very intimate. Even as his budgets grew, it always felt like a Roger Corman movie."

For the future director of There Will Be Blood and Phantom Thread, Demme's work questioned the conventions of cinema, like allowing period pieces to feel contemporary in the way they are shot. For many such films, he said, "The camera had to be stuffy and static on a dolly. But that's not true." Emulating period filmmaking techniques becomes "super-limiting ... You've got to touch the past. Just a fingertip."

Unlike most aspiring filmmakers, the young Anderson had a point of connection to the established director. Actor Robert Ridgely was one of the great character actors of the Eighties, and first worked with Demme on 1980's Melvin and Howard, before reuniting with him two years later, for an episode of American Playhouse (an adaptation of Kurt Vonnegut's "Who Am I This Time?") and again in 1986 for his neo-screwball comedy Some­thing Wild. However, Ridgely was also a friend of Anderson's father, and the high school filmmaker would cast him in his home movies. The fact he was also in these Demme films "was a very mesmerizing thing, and I would ask Bob Ridgely about him all the time."

The two directors finally met in 1997, when Anderson was invited to a screening of Demme's next film, Beloved. Anderson recalled, "He was very sweet to me, very kind to me, and knew that I knew Bob." However, it was later that year, during the release of Anderson's breakout success Boogie Nights, that they became friends. "I was doing the interviews and press to promote the film, and I kept mentioning my admiration for Jona­than, and he sent me a nice letter in admiration of Boogie Nights."

“He was a director who wasn’t just making movie after movie after movie. It was a movie, five insane weirdo little side projects, followed later by a movie. The way he conducted his work was not a straight line at all. He zigzagged all over the place.” – Paul Thomas Anderson on Jonathan Demme

"Things" is the right word, as eclecticism defined Demme's career. After his run of exploitation classics like Crazy Mama and Caged Heat (the latter screening at AFS Cinema on April 12): not just swerving from the modern Gothic of Silence of the Lambs to capturing Spalding Gray's searing one-man show Swimming to Cambodia, but directing episodes of Saturday Night Live, and music videos for New Order and Bruce Springsteen. "He had a large appetite, and a lot of intellectual, emotional curiosity," said Anderson. "He was a director who wasn't just making movie after movie after movie. It was a movie, five insane weirdo little side projects, followed later by a movie. The way he conducted his work was not a straight line at all. He zigzagged all over the place."

Anderson also found that Demme had a different way of looking at films, unlike any other director. Even Hitchcockian had its own meaning: It's not Psycho or The Birds, but the way Eva Marie Saint's fingers wrap around Cary Grant's neck in North by Northwest, which Demme later emulated and told Anderson was his Hitchcock homage. "No one talks about this moment, it's not in any book, it's not at all what he's known for, but it's this thing that Jonathan's eyes see. Whether it's by design or by accident, it's beautiful to look at."

However, for Anderson, it was Demme's activism, and his burning, abiding belief in civil rights, that defined him as much as his filmmaking: from his portraits of Haiti to his documentary Cousin Bobby (about his own cousin, an Episcopalian minister in Harlem), even through to one of his very last projects, 2016's "Protection Not Protest: The People of Standing Rock." Anderson said, "It's so Jonathan, just going out into the situation and finding these fascinating and hilarious stories in the middle of something deeply serious."

A version of this article appeared in print on March 2, 2018 with the headline: Director to Director