Our monthly guide to what's filming and screening 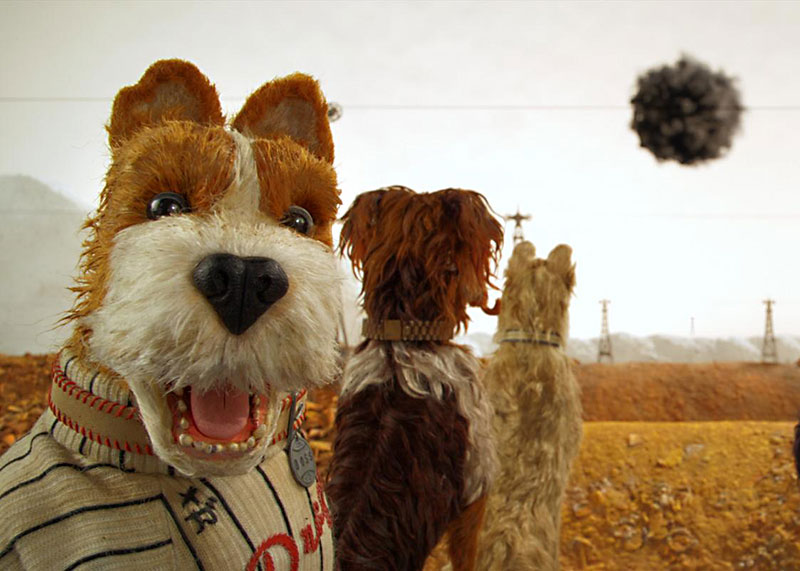 SXSW's Austin contingent grew last week with the new slate of features, shorts, and Midnighters. Joining previously announced names like the Zellner brothers with Damsel, Yen Tan's AIDS drama 1985, and Ethan Hawke's Blaze: Owen Egerton's latest horror, Blood Fest; They Live Here, Now, a documentary about Austin's Casa Marianella, which helps refugees settling in the U.S.; Hold to Your Best Self, the new series from Emily Hagins; and "Come & Take It," with PJ Raval and groundbreaking documentarian/UT professor Ellen Spiro taking aim on the "Cocks Not Glocks" protest against guns on campus. Plus, UT alum Wes Anderson closes out the film festival with his latest stop-motion animated feature, Isle of Dogs.

The Alamo Drafthouse came under another round of public scrutiny this week after publication of an article at Splinter News (one of the old Gawker sites kept alive by Univision after the media firm purchased its assets). The article by Texas Monthly writer Dan Solomon gives greater detail on previous claims about how the cinema chain's management responded to allegations by female staff against guests, including Ain't It Cool News founder Harry Knowles. This comes after the Drafthouse has launched a new code of conduct for all staff and customer interactions.

Rooster Teeth stars Gavin Free and Meg Turney have received an outpouring of support after it was confirmed that they were the subject of a home invasion by a fan. Christopher Giles drove from Albuquerque to Austin and broke into the pair's Austin home; after police were called, Giles died by gunshot wound, and Austin Police are investigating whether he committed suicide. Both Free and Turney were unharmed. In the latest episode of the RT Podcast, Free issued "a massive thanks for all the support online ... and also a big thanks to the Austin Police for an insanely fast response time."

Austin Asian American Film Festival is looking for a new executive director. The fest is looking for a successor to former ED Tim Tsai, who is still serving as an interim. The ideal candidate has at least three years' nonprofit leadership experience. Details at www.aaafilmfest.com.

Let Her Speak, the Wendy Davis biopic currently being developed by Sandra Bullock, has a new enemy: Lt. Gov. Dan Patrick, who has pledged to ensure that the movie will not shoot in the actual Texas Senate chamber. The lite guv told members of right-wing think tank the Texas Public Policy Foundation recently that "they have already disgraced it once. I'm not going to let them do it again." However, it's not altogether clear whether Patrick has the authority to block a request just because he doesn't like the story. The film had already raised the ire of Texas Republicans unhappy about re-creating Davis' famous 2013 filibuster (as well as Democrats annoyed by an early script draft minimizing the roles of other senators).

Angel flies later: Robert Rodriguez's next film, manga adaption Alita: Battle Angel, just got its release date delayed from July 20 to Dec. 21. Now it's fighting for those Christmas dollars with Transformers spin-off Bumblebee, and the next installment in DC's Justice League franchise, Aquaman. However, SXSW attendees get an early look at this cyberpunk world, as the festival will be holding the opening-night party on the set of Iron City. If the first film is a success, then that set could well be used for the planned sequels.

Virgin Cheerleaders in Chains, the Austin-shot indie horror, is already burning up the international festival circuit, with screenings in Brazil and Uruguay, plus picking up plaudits at HorrorHound Weekend in Indianapolis, and the online Spotlight Horror Film Awards.

Got any tips or breaking news? Making a movie and want to tell us about it? Email us at ATXfilmnews@austinchronicle.com.