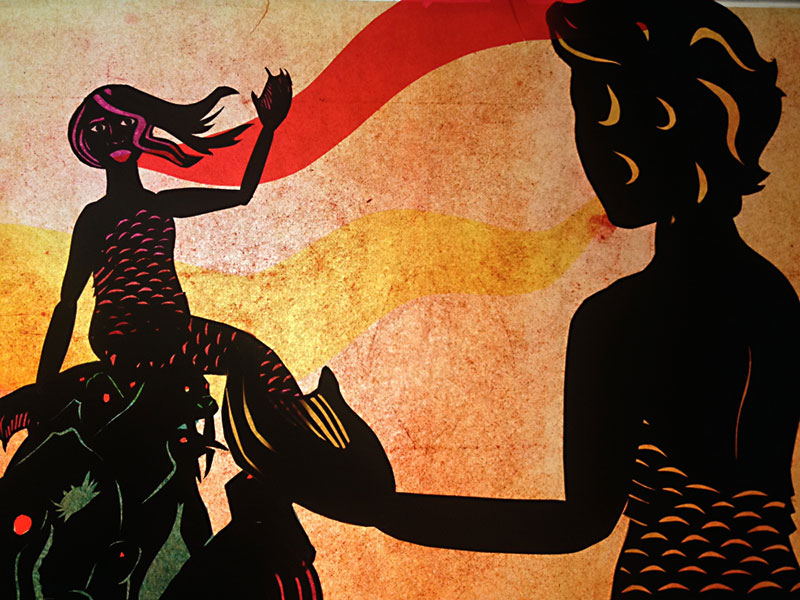 In mainstream media, women filmmakers are often found behind the cameras of documentaries, but that limit will not apply at Saturday's Transform Film Fest. The inaugural festival, which organizers hope will become an annual event, will showcase 16 short films and two trailers created by women filmmakers of Texas, ranging from live action narrative to animation, experimental, and yes – documentary.

Texas as a whole does not suffer from a lack of film festivals, but historically there have been few outposts for local women filmmakers to be honored, and that's just what Transform is looking to do. Faiza Kracheni, program director at Motion Media Arts Center (the organization behind Austin School of Film), explains that previous women film festivals focused more on international work rather than looking locally. She said, "I think we really need that in Austin and Texas."

Kracheni was approached about starting an all-inclusive women's film fest in the fall by Larissa Stephens, a facilitator with Hive Arts Collective, and Danea Johnson, communications and events coordinator for the Women's Community Center of Central Texas (Motion Media Arts Center, Hive, and the WCC are funding the event, with additional aid from the City of Austin). The idea for a festival stems back to Stephens, who first broached the subject with Johnson in September. The pair worked together at WCC a few years back to start Alt Girl Cinema, a local film series focusing on women storytellers. For Johnson, founding a film festival was the logical next step. What sets screenings and festivals apart, according to the women behind Transform, is the awards system. "We're not just showing the work, but honoring it," explained Johnson.

The idea of starting Transform excited Kracheni because it was more legit than a film screening series. "It was, 'Let's make a real festival for real women,'" she said.

Moving at an impressive speed, their call for submissions opened on Dec. 10. Within a month, Transform received more than 30 shorts. Whittling those down to 16 was the hardest part, said Stephens, adding she was grateful to have the judges – four women filmmakers from across the state – take over from there. The prizes – including a day pass to Originator Studios, several $1,000 scholarships to Austin School of Film, and a certificate to equipment rental house Austin Movie Gear – are intended to help ensure filmmakers in the competition have a future.

The stories and their creators cover a wide range of subjects and come from various backgrounds. That's unsurprising though, considering the founders' commitment to make Transform a diverse festival that's accepting to all women. Kracheni put it bluntly: "Women doesn't mean just cis white women – it's inclusive of all women. I don't need to preference trans because transwomen are women, but also people of color, women with disabilities – all these people have been pushed to the back. We're pushing them to the front and making a space for all of them."