Plan out your 2018 Fest schedule 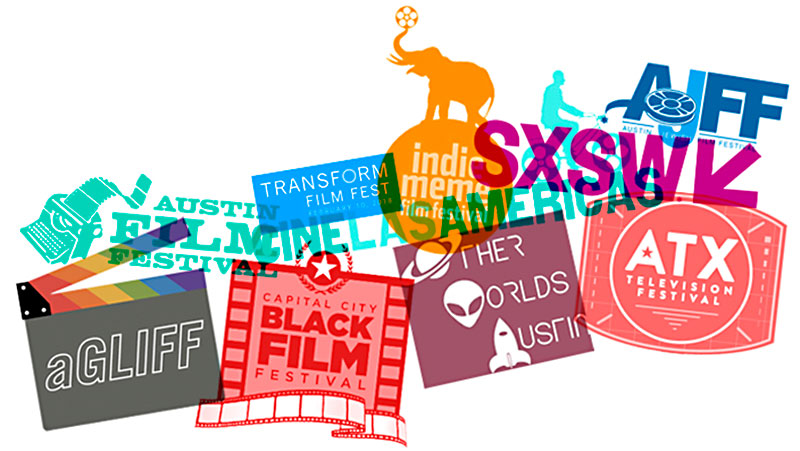 Film festival season is almost on us, and in Austin that means a jam-packed schedule for all tastes and genres. With some festivals still to confirm dates (including the Austin Asian-American Film Festival) and several new and revived events, the 2018 calendar is already filling up fast.

2-6: Cine Las Americas International Film Festival Celebrating 21 years of cinema from the Spanish- and Portuguese-speaking world, as well as indigenous nations of the Americas. www.cinelasamericas.org

1-3: The 48 Hour Film Project The Austin iteration of the two-day filmmaking challenge. www.48hourfilm.com/austin-tx

7-10: ATX Television Festival The small screen takes over with this celebration of all things episodic. www.atxfestival.com

30-Sept. 2: Capital City Black Film Festival After a year off, Austin once again has a dedicated platform for African-American filmmakers. www.capcitybff.com

6-9: All Genders, Lifestyles and Identities Film Festival Celebrating LGBTQ+ cinema from around the world. www.agliff.org

20-27: Fantastic Fest After a controversial year, the celebration of global genre cinema is back. www.fantasticfest.com

19-20: Cinema Touching Disability Reframing what it means to live with a physical or mental issue. www.txdisabilities.org/news-events/film-festival

4-10: Austin Jewish Film Festival Specializing in films that examine the Jewish experience, in Israel and beyond. www.austinjff.org

6-9: Other Worlds Austin The area's only dedicated science-fiction festival, with premieres and retrospectives. www.otherworldsaustin.com