Out of the Eyes of Babes 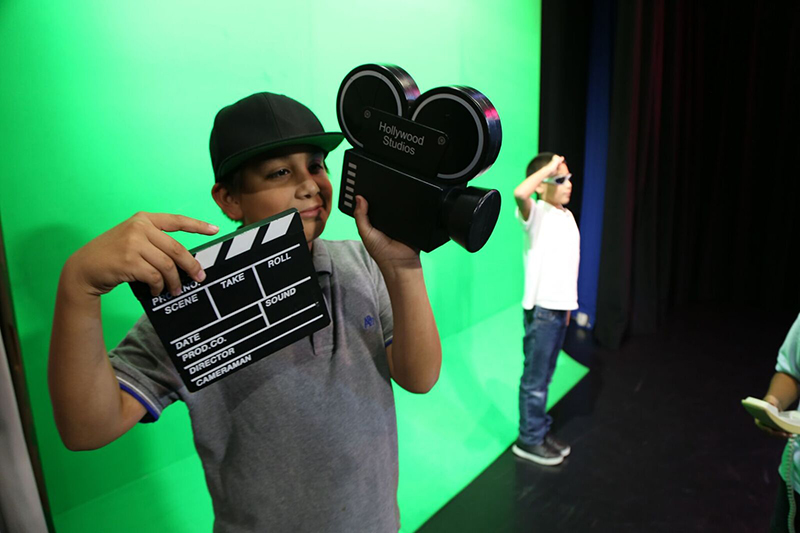 On Jan. 20, Austin Film Society and Austin ISD present 20 films from AFS Film Club, a program that allows children from underfunded schools to learn the basics of film work directly from industry professionals. The program, funded in part by the Andy Roddick Foundation, operates through the Texas Afterschool Centers on Education (ACE)-Austin initiative and the AFS-run Austin Public studios. It puts students rarely provided self-agency into spaces to create where they otherwise wouldn't have the platforms to communicate their own lucid experiences and their inherent complexities, often disparate and distinct from the rest of Travis County. "Most of the families there are low-income, and most of the kids there are at-risk," explained Yolanda Gamble, Youth Media Specialist for AFS. "We want to be able to teach that population of kids and offer them a service that they may not otherwise have the opportunity to be able to be exposed to."

Many of these engaging films are joyful and inventive; others are harrowing and informative. "Magicians of Blackshear Elementary" entertains in throwback to early sound films. "Protest Documentary" offers student perspectives of the fallout from protests after a teacher told a Latino student at Fulmore Middle School he "could go back to Mexico" if he refused to learn English. In the plainly "Immigration Movie," submitted by students at Hart Elementary, there's an inherent sadness that lingers, even through its eventual happy ending. In each film, viewers are reminded of what's often lost when adults speak: how children perceive the data fed to them by the supposedly responsible ones.

There are always unsung heroes in missions like afterschool programming, and the film club's instructors are mostly part of the AFS internship program, who use the opportunity and experience to buoy prospects – utilizing the chance to teach in order to learn. "These young professionals [go] into the schools and give their time, give their resources, and give their support," said Gamble. "I've actually seen teaching assistants who've grown into film instructors, and [then] the lead instructor in the classroom, and coming and working for AFS, or we've given them a grant for their project or going on to shoot their first feature film."

Gamble described the program as a tool that ultimately puts the children in position for success, a pathway through undue pressures levied upon them by factors they're mostly unable to control. "We teach kids to think, communicate, collaborate critically. I think that these are skills that are transferable into whatever it is they decide to pursue."