Pick up your pitchforks and light your firebrands, for the creatures are back! This weekend, Austin's Mondo Gallery pulls back the shroud on its second Universal Studios' Monsters show.

The original exhibition in 2012 was one of the local gallery's very first themed events: In fact, the history of Mondo and these classic creatures have long gone hand-in-paw/fin/bandaged cadaverous claw. Creative director Mitch Putnam said, "The first big license we got in 2009 was Star Wars, but that was short-lived." The team acquired Universal Monsters the following year, and it's been a mainstay ever since.

Putnam knew the first show's success would inevitably spawn a sequel. Yet he was not afraid of this becoming a pale imitation, since the gallery works hard to foster new creative blood. "After we have a good gallery show, a couple of years later a lot of times we think about doing a follow-up, because the artist group we work with is so different."

Matching legendary monsters with artistic mavericks was surprisingly easy. Putnam said, "We certainly have times when we suggest titles to the artists, but then we have artists who want to do certain titles, or they've done a couple in the series and they want to do them all." For example, in 2012, Francesco Francavilla tackled The Invisible Man's see-through scientist, while Ken Taylor went underwater for Creature From the Black Lagoon's gill man: now Francavilla makes a nod to the original web-covered poster for Dracula, while Taylor adds an art deco twist to the Bride of Frankenstein. 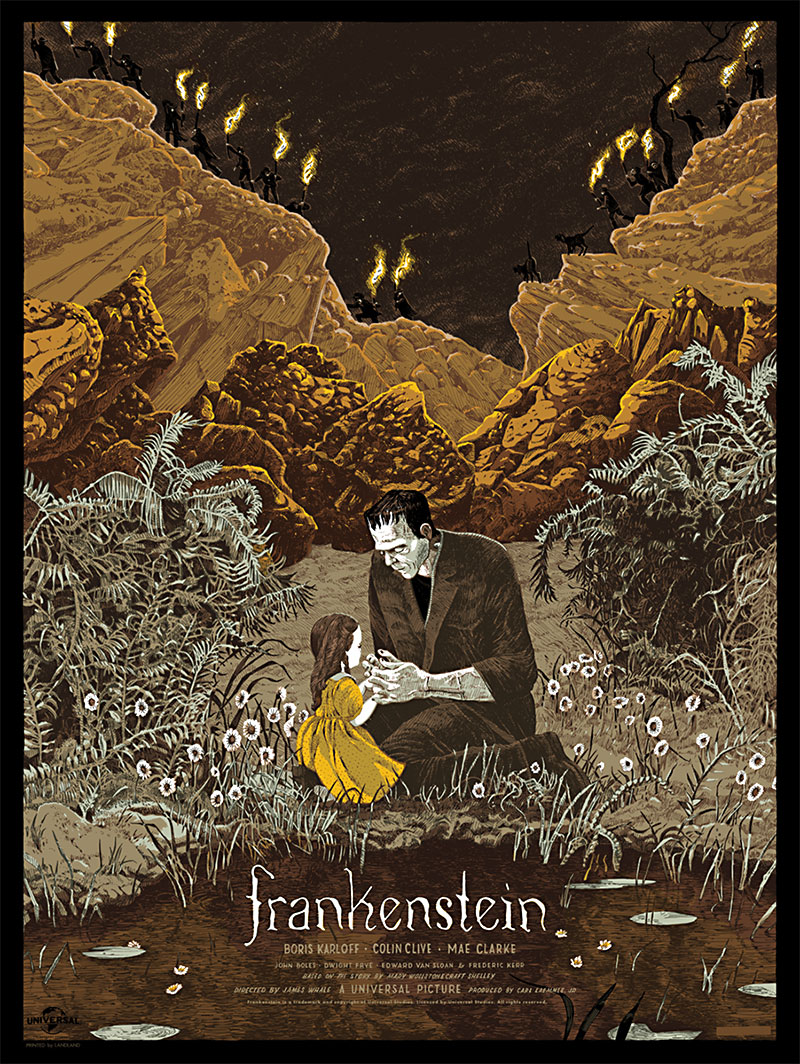 "When Mondo asked me to be in the show, Frankenstein was my first pick in the hope that I could do something focusing on the monster's loneliness, which is what I've always been most drawn to in the story, rather than his horribleness. I cannot think of anything more desperately sad than being brought into this world totally alone and unique among men.

"I knew I wanted to memorialize his one brief moment of human connection, and I used the mob and torches and dramatically lit rocks as a backdrop to remind the viewer that there is no respite for this beast, no display of humanity unmarred by tragedy, no happy ending on the horizon." 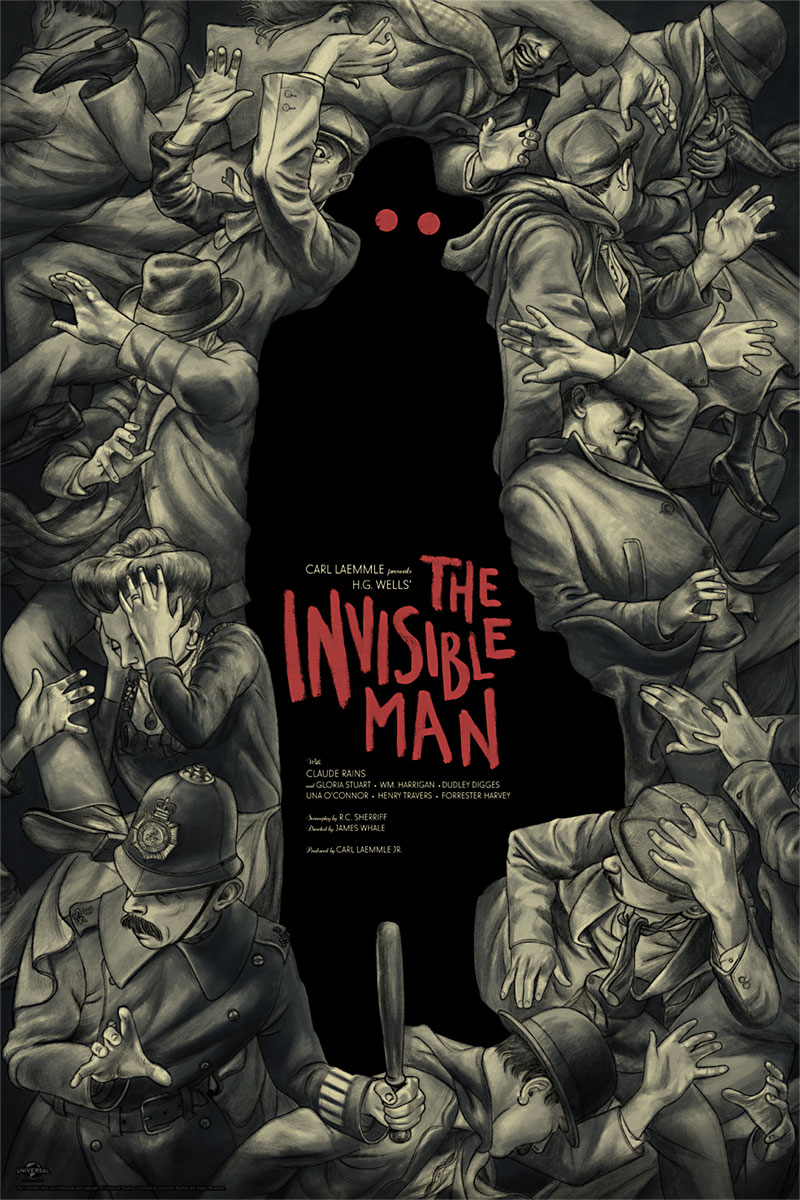 "I first saw The Invisible Man on the TV as a kid, maybe 11 or 12 years old, and overall I remember the character as a frightening 'monster' terrorizing a village. To me the idea of having an unseeable enemy was a really uncomfortable one. I think we're all curious as to what it would be like to actually be invisible and to secretly observe like a fly on the wall. This could be why the character endures, but also the film cleverly puts us in his situation. We feel his conflict before he succumbs to his madness, and we realize that invisibility is actually a curse.

"As I watched the film again when considering the poster I saw the character with more nuance; it's more heartbreaking as Griffin finds no way out of his predicament. He's a tortured figure driven mad."

"I actually only watched Bride of Frankenstein for the first time when I took the project on, although I was familiar with certain scenes and of course the Bride herself.

"The character design of the Bride is just masterful. She steals the whole movie with the short amount of time she is in it. She is so beautiful but quite scared and timid. This coupled with how she looks, and also how she has been lit in her scenes, makes her frightening and frightened at the same time." 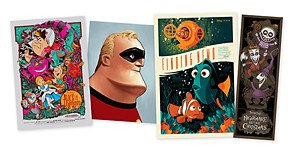 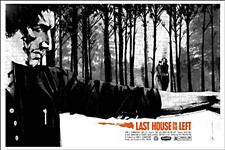