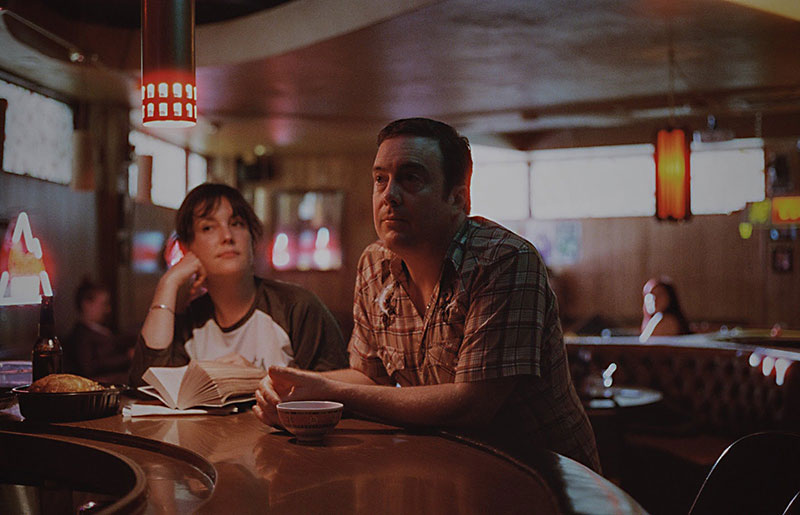 Who says a filmmaker's life is glamorous? When Macon Blair heard that his directorial debut, I Don't Feel at Home in This World Anymore, had won the Austin Film Critics Association's Austin Film Award, he was at home caring for his sick kids. "So there's been ups and downs," he said, "but the ups are great."

The award is one of many ups for the critically lauded crime comedy, which was snapped up by Netflix straight after a Jury Grand Prize win at Sundance 2017. Then there was another high during Houston's Day for Night Festival in December, courtesy of Jesus Lizard vocalist David Yow (who stars in Blair's film as a low-grade crook). "He was there in the crowd, jumping around as he does. Then he stops in between songs and goes, 'Macon Blair, everyone! You should see this movie!' and he gave a shout-out to the movie."

Blair is no slouch as an actor either, with memorable performances in thrillers like Blue Ruin, and Texas comedy Mustang Island, as well as being an accomplished screenwriter. But when writing his own film, he worked from one key idea: Assume you'll never get a second shot, "so put everything in it that you'd want. I wanted to do a crime story, I wanted to do a romantic story, I wanted a lot of humor and mayhem and suspense." That's how he created Ruth (Melanie Lynskey), "a nurse who drinks beer and cusses a lot, and is not very impressed with the people around her. I just wanted to put her through a grimy, small-crime story, and see what would happen."

Last December the AFCA members whittled down a record-setting list of 25 features released by Austin directors in 2017 to five finalists. On it, the Virginia-born Blair vied with established talents including four-time winner Richard Linklater for Last Flag Flying; local indie fixture Bob Byington's black comedy Infinity Baby; another Austin transplant, Ric Roman Waugh, for tense prison drama Shot Caller; and Jason Cortlund and Julia Halperin, with twisting music drama Barracuda. Blair said, "I was surprised to get put on the list, and then to actually win was startling."

The AFCA eligibility rules – that the director must reside in Austin – reflects a financial reality. Many local directors want to shoot here, but relocate out of state because of incentives and tax breaks. Blair, for example, wrote I Don't Feel at Home for Austin, but finally shot it in Oregon. However, he's already planning to keep his next project at home. He said, "It's such a great community, and a community of such long standing, that it's wonderful to even be thought of as part of that group of filmmakers that I have admired for so long."

Austin's Top Five Films: How to See the AFCA's 2017 Picks

Barracuda plays at the Texas Spirit Theater on Jan. 18 and is available on VOD

Infinity Baby is available on VOD

Last Flag Flying will be released on DVD and Blu-ray on Jan. 30

Shot Caller is available on Blu-ray and Amazon Prime